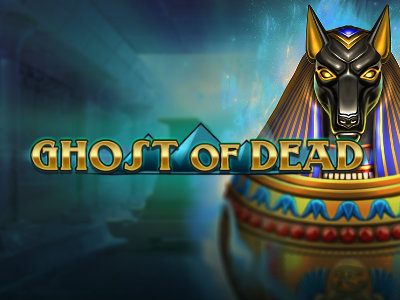 Ghost of Dead is the latest 5-reel, 10 payline Egyptian-themed slot from Play'n GO. This slot takes the tried and tested 'of Dead' format and adds a little bit of spice in the way of Ghost Spins to really up the tempo, allowing players the opportunity to win up to 10,000x their stake. Of course, this being what it is, you'll still find the standard Free Spins bonus as well as the ability to gamble any winning combinations.

“ Whilst not spectacular, it's offers something different from previous of Dead slots ”

Jump straight into the action and play Ghost of Dead now at the following fully licenced UK slot sites. These slot sites have been thoroughly audited and reviewed by the team here at Slot Gods to ensure they offer an exceptional user experience, are trustworthy, safe, secure, and boast the best selection of online slots in their portfolio including Ghost of Dead...

If you've played any of the 'of Dead' slots from Play'n GO (or another online slot developer) such as Scroll of Dead and Legacy of Dead then you'll likely be aware of what to expect.

Normally, these types of slots are devoid of any base game features and are stripped down to deliver players a fuss-free experience... However, Ghost of Dead has a little bit more on offer!

During base gameplay Ghost Spins may randomly occur which see expanding symbols come into play. In addition to this there's a gamble feature that can be utilised on every winning spin and of course, there are free spins to be enjoyed!

Naturally, a slot with the name Ghost of Dead is all about... Ghosts (duh)! During base gameplay a spectral ghost may trigger a Ghost Spin randomly at any time.

The special expanding symbol can form a winning combination across non-adjacent reels and will pay out as follows if the entire screen is filled with the said matching symbol:

After every winning combination, you can choose to gamble your winnings by guessing the colour of a playing card. If you guess correctly you’ll double your money. You can instead opt to guess the suit (from a possible four) in order to quadruple your money.

If you land 3 or more canopus scatter symbols anywhere on the reels then player will trigger the free spins feature. A random symbol will be chosen to become the special expanding symbol and 10 free spins will occur.

This bonus can be re-triggered by landing 3 or more scatter symbols anywhere on the reels.

If you manage to trigger the free spins bonus with spectral canopus scatters instead of 3 standard canopus scatter symbols then you'll trigger 'Awakened Free Spins' instead.

This 'Awakened' version of the free spins will see players receive 10 free spins in which they pick one of three random symbols to become the special expanding symbol.

However, the 'Awakened' free spins will see the game randomly pick one extra expanded symbol for the duration of the free spins feature. 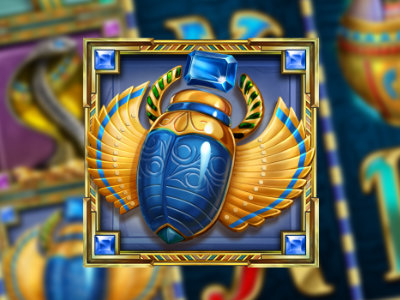 On any spin of the reels a Ghost Spins may occur, this will see a random symbol chosen to become an expanding symbol for one spin. 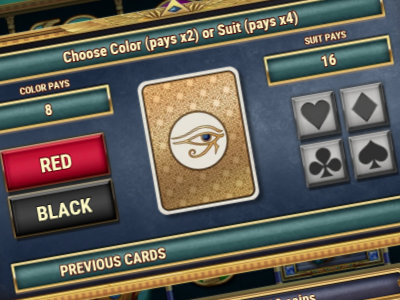 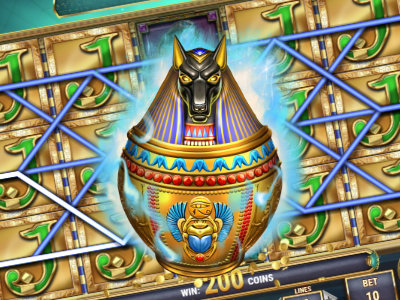 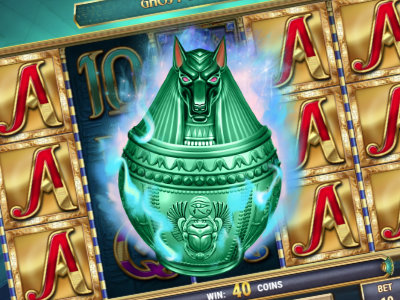 Ghost of Dead is the latest in a whole line of 'of Dead' slots from Play'n GO. This 5-reel, 10 payline slot can see players randomly receive Ghost Spins at any time during base gameplay, which sees symbols turn into special expanding symbols, leading some HUGE wins!

In addition to this, brave players can gamble their winnings and if their luck is really in they can trigger up to 10 free spins with expanded symbols by landing special scatter symbols.

We'll be completely honest, there's nothing about this Egyptian-themed slot that truly stands out in terms of design... This is essentially a re-skinned version of any of the previous 'of Dead' slots released in the last couple of years (or even a Rich Wilde slot at a push). The only difference is this one has a ghostly spectral background.

This slot is pretty high-quality and nice to look at, but at the end of the day, it's nothing we haven't seen before... That being said, if you're a fan of the series or 'of Dead' style slots then there's nothing to stop you from enjoying this.

Low paying symbols are your standard royal suit 10, J, Q, K, A. High paying symbols include an Ankh cross, a serpent, a scarab and a Pharaoh's mask. The special symbol in this game is a canopus (and Egyptian urn)... This acts as both the wild symbol AND the scatter symbol. There are two types of canopus symbols that can land, a standard one and a spectral one.

Just like the design of this game, you know exactly what you're getting when playing a 'of Dead' slot in terms of gameplay. These games definitely aren't rocket science

Everything pretty much revolves around triggering the free spins and making most of the gamble feature if you're daring enough... However, this slot does feature somewhat of a curveball in Ghost Spins, which do up the ante, offering players a little bit more than usual, which is nice.

In terms of navigating this slot and actually spinning the reels, this game utilises old-school adjustable coin bets.

This means that players have the opportunity to adjust their coin value, coins and paylines. This sees players able to bet as little as 0.01 per spin, which not too many slots allow in this day and age.

High volatility slot Ghost of Dead is pretty lucrative in terms of win potential... Especially thanks to the addition of Ghost Spins! This slot can see players win a maximum of 10,000x their initial stake.

The only warning we have to give you is that this game has an adjustable RTP, so make sure you do your research into which RTP the slot site you're playing at has gone with.

We've made no secret of the fact that this slot is essentially just another run of the mill 'of Dead' game... However, we are going to give Play'n GO credit where it's due, it looks fantastic and the addition of Ghost Spins really does add to the overall experience.

Play Ghost of Dead now at the following verified UK slots sites. These slot sites are fully licenced and have been thoroughly vetted and reviewed by us to ensure they offer a great user experience, are trustworthy, secure, and have a wide variety of the best online slots in their lobbies including Ghost of Dead:-

Enjoyed Ghost of Dead? Here's a handful of similar slots we think you'll like too. These online slots have been chosen based on features and themes similar to Ghost of Dead. You might also want to check out other Play'n GO slots.