Legacy of Dead is an beautifully designed 5-reel, 10 payline slot from Play'n GO that has the opportunity to be truly lucrative with a bit of luck. The main feature in this Egyptian themed slot is the free spins bonus that can see up to 9 special expanding symbols fill the game reels at any time.

Jump straight into the action and play Legacy of Dead now at the following fully licenced UK slot sites. These slot sites have been thoroughly audited and reviewed by the team here at Slot Gods to ensure they offer an exceptional user experience, are trustworthy, safe, secure, and boast the best selection of online slots in their portfolio including Legacy of Dead...

There are three main bonus features and mechanics tied to Legacy of the Dead. Firstly, we have the free spins bonus that sees players receive a total of 8 free spins whenever three or more wild scatter symbols land anywhere on the reels. As well as this, players will also receive a fixed payout depending on how many wild scatters landed on the reels. 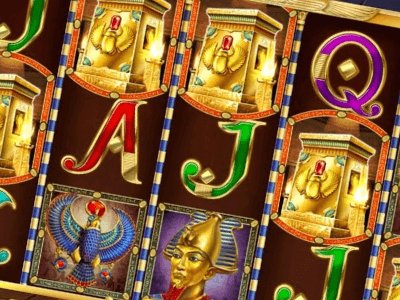 If players manage to land three or more wild scatter symbols anywhere on the reels then they'll automatically trigger a free spins bonus feature as well as fixed payout depending on how many wild scatters landed. 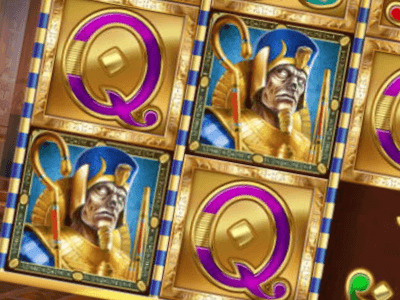 A special expanding symbol is randomly chosen to help beef up your wins during the free spins round. If players manage to re-trigger this feature they can activate a total of 9 expanding symbols. 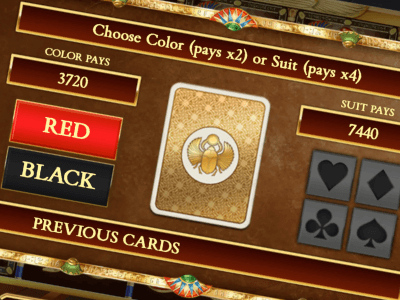 Players can opt to gamble their winnings, doubling them by guessing whether a card will be red or black, or quadrupling their winnings by correctly guessing the suit of the card.

Most online slot enthusiasts will tell you that Egyptian-themed slots are a tired, overused concept that developers need to move away from after years of beating what now feels like a dead horse. However, Play'n GO slot Legacy of Dead made us feel differently about them.

This 5-reel, 10 payline slot isn't exactly mindblowing when it comes to the bonus features and mechanics, but it's most certainly well-polished and actually looks like a slot fit for the 2020s. With wild scatters, expanding symbols, free spins and a gamble feature we thoroughly recommend playing this game if you want to try a classic slot with a modern twist.

Yes, this slot conforms to all of the designs elements you'd expect in an Egyptian-themed slot, however, we have to say it looks absolutely fantastic. The gilded reels are adorned with a stylised royal deck (10, J, Q, K, A) for low-value symbols, high-value symbols are brightly coloured Egyptian gods and rulers: Horus, Pharaoh, Anubis, Tutankhamen. The game's special wild scatter symbol is a golden jewel-encrusted plinth.

Behind the reels is where this game really shines. The design team at Play'n Go have placed the reels within a gorgeously designed tomb that features two flaming plinths, which barely light up the room enough to illuminate the hieroglyphics carved into the walls.

In terms of sound, you'll hear the typical atmospheric, slow-building soundtrack found in most Egyptian-themed slots, it's not the most exciting, but it sets the scene nicely.

In what we assume is a nod to the older-style Egyptian-themed slots from yesteryear, the game's action bar is designed to look like that of a much older title in which players set the number of paylines as well as the number of coins they're betting with.

One of the more disappointing aspects of this high-volatility slot is the RTP, which sits at a below-average 94.51%, which surprised us considering this game does not feature a progressive jackpot. That said, players can win a maximum of 5,000x their initial stake, which isn't at all bad!

Legacy of Dead is a genuinely enjoyable game, we'll be the first to admit it doesn't bring anything to new to the table in terms of classic Egyptian-themed slots, but it is a well-polished game that truly looks the part. If you can look past the low RTP, there are some big payouts to be won.

Play Legacy of Dead now at the following verified UK slots sites. These slot sites are fully licenced and have been thoroughly vetted and reviewed by us to ensure they offer a great user experience, are trustworthy, secure, and have a wide variety of the best online slots in their lobbies including Legacy of Dead:-

Enjoyed Legacy of Dead? Here's a handful of similar slots we think you'll like too. These online slots have been chosen based on features and themes similar to Legacy of Dead. You might also want to check out other Play'n GO slots.