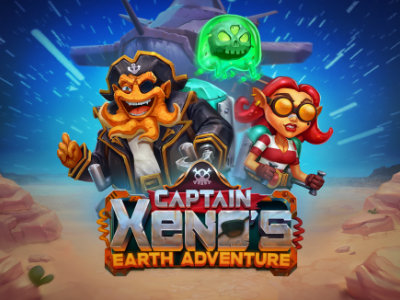 The notorious space pirate, Captain Xeno, and his crew are desperately on the run from the Galactic Space Patrol. Sadly, their ship, The Floating Queen, has sustained a huge amount of damage and they've had to land on a bizarre planet called Earth.

Developed by Play'n GO, Captain Xeno's Earth Adventure plays on 5-reels with 1,024 ways to win in the base game but this can expand to 32,768 ways to win with splitting symbols. This paired with Electric Shock, Emergency Wilds, Engine Recharge and Free Spins can lead to wins of up to 10,000x your stake.

“ An adventure that's definitely worth taking! ”

Jump straight into the action and play Captain Xeno's Earth Adventure now at the following fully licenced UK slot sites. These slot sites have been thoroughly audited and reviewed by the team here at Slot Gods to ensure they offer an exceptional user experience, are trustworthy, safe, secure, and boast the best selection of online slots in their portfolio including Captain Xeno's Earth Adventure...

Like most modern online slots, you'll find that landing 3, 4 or 5 scatters awards 8, 10 or 12 free spins respectively and during this mode, you have a greater chance of landing splitting symbols. The scatter symbols are also collected in the scatter collector and if you fill this, you'll upgrade the splitting symbols and gain extra spins.

When you collect 7 scatters, you'll find splitting symbols split into 3 and award 4 free spins. Similarly, if you gain 4 more scatters, then you'll gain 4 more free spins. After you've reached this level, all scatter symbols are removed.

As previously mentioned, there are splitting symbols in this slot that lead to some amazing reel expansions and increase the ways to win up to 32,786! There are also modifiers such as Electric Shock, Emergency Wilds and Engine Recharge.

Firstly, with Electric Shock, 1 type of symbol is selected to be the splitting symbol and all the symbols of this kind will split into 2.

During base game spins, between 1 to 5 wilds can be added to the wilds to guarantee a hit. Finally, you can also trigger Engine Recharge leading to 2 scatters added to the reels to improve the chances of gaining free spins. 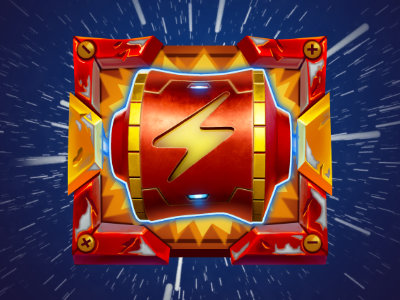 If you manage to land 3 or more scatters, then you can win up to 12 free spins and there's a greater chance of splitting symbols improving the ways to win.

There are 3 modifiers in this game including Electric Shock, Emergency Wilds and Engine Recharge. These can add splitting symbols, wilds and extra scatter symbols.

A bunch of aliens have landed on Earth and it's up to you to help them escape. Developed by Play'n GO, this space slot plays on 5-reels with 1,024 ways to win in the base game and up to 32,768 ways to win with splitting symbols.

Captain Xeno's Earth Adventure uses splitting symbols to open up the paylines along with modifiers and free spins leading to wins of up to 10,000x your stake.

The base of the slot is centred on Captain Xeno's ship, The Floating Queen, with Earth in the distance. On the reels, you'll find all the characters such as Captain Xeno, his daughter Filia and the Galactic Space Patrol.

Play'n GO definitely creates a whole world for this slot and we wouldn't be surprised if this is the first in a series. The overall design and tone feel similar to Lilo and Stitch - but add a more mature tone to it.

As for the music, you can expect typical sci-fi music such as distorted sounds from a theremin mixed with the dialogue and noises from the characters. Captain Xeno's Earth Adventure definitely takes you to on an extraterrestrial adventure.

During the base game, you'll find that it looks straightforward but becomes more fascinating with the splitting symbols and modifiers. Whilst, these add a whole lot to the story, they don't actually add complicated gameplay meaning anyone can pick it up.

With most Play'n GO slots, you can expect decent RTPs over the average standard and there's 96.20% in this slot. This slot contains high volatility gameplay leading to larger wins, but you'll have to be more patient as they don't occur frequently.

As for the maximum win, you can win up to 10,000x your stake in this slot and that's definitely through opening the ways to win up to 32,768 through splitting symbols. There are no additional multipliers, so this is the main way to win big.

We are always expecting something brilliant with Play'n GO and they did not disappoint. Captain Xeno's Earth Adventure is a charming little slot filled with vibrant features and wonderful win potentials.

There's so much going on in this slot in the best way possible and we wouldn't be surprised if this saw this explode into a slot series like The Reactoonz. If you love splitting symbols, high volatility gameplay and extraterrestrial adventures, then check out Captain Xeno's Earth Adventure.