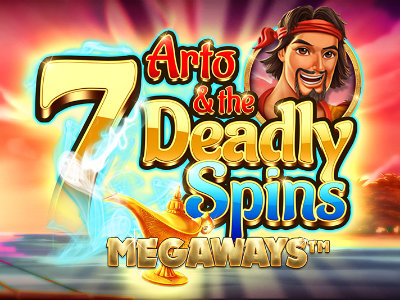 As one of the most ambitious adventurers, Arto is now on the search for his latest treasure to find the 7 deadly spins. Developed by Storm Gaming through Relax Gaming's Silver Bullet program, Arto and the Seven Deadly Spins plays on 6-reels with 117,649 ways to win with the Megaways mechanic.

You'll be able to gain satisfying wins through win multipliers and free spins. Join Arto on his journey to see if you can help him find the seven deadly spins.

At random during the gameplay, you can trigger the Arto Spins. You'll be given 2 spins and the multiplier starts at x1 and increases after every reaction.

If you manage to land 3 scatters, then you'll trigger 7 free spins with Arto Spins awarded at random. Every extra scatter adds 3 extra spins. Before the spins start, you'll spin a wheel to receive a starting multiplier. When you land 3 or more lamps in view, the pick me feature starts to reveal a multiplier. 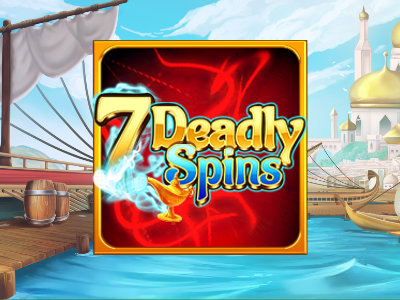 When you land 3 scatters, you'll trigger 7 free spins and activate a wheel to find out which multiplier you'll start with. Arto Spins is exactly the same but triggered randomly. 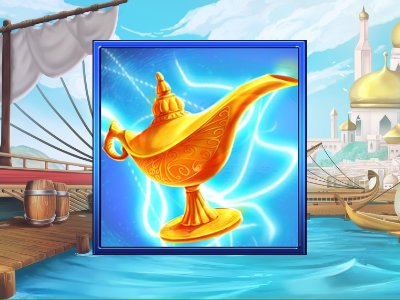 If you land 3 or more lamps, you'll trigger the Pick Me feature. Once you activate this, you'll reveal a multiplier for the spins.

Set sail across the Persian waters with the famous pirate Arto. During his quest, he wants to find the valuable seven deadly spins with the help of his faithful monkey.

Developed by Storm Gaming through Relax Gaming's Silver Bullet programme, this pirate slot plays on 6-reels with 117,649 ways to win due to Megaways.

Arto and the Seven Deadly Spins features two different spin options followed by impressive multipliers leading to brilliant amounts. Join Arto and see if you have what it takes to gain the seven deadly spins.

The minute you open up the slot, you'll notice Arto to the left of the reels. He is animated and features his cutlass ready for a battle.

As for the rest of the slot, you start in a boat harbour with a Persian town just to the right with the ocean in the distance. Sadly, the only thing that's animated is Arto and it's a little odd that he's the only thing that moves.

All of the symbols on the reels relate to Arto such as his monkey sidekick, his love interest and a magical lamp. Initially, it seems like the theme would be purely pirate, but the developers added an Arabian flair to it as well.

The music feels like something straight from the Middle East with a steady drumbeat mixed with sitars and ney instruments. When you spin the reels, you'll hear traditional fruit machine slots adding a classic touch to the slot.

If you've played one Megaways slot, then you'll be able to pick up the gameplay in this slot. There are two spins that can be triggered, one through random moments and the other through landing a specified amount of scatters.

To the right of the reels, you'll see a tacky looking design for the button with bright fluorescent colours. All you may need are highlighted and just at the side of the reels.

According to the developers, Arto and the Seven Deadly Spins Megaways has a hit rate of 35.71% which signifies the percentage of hitting a winning combination. The RTP for this slot is awfully low eat a measly 94.87% which is under the average standard of 96%.

This slot features medium volatility gameplay essentially meaning you can get high wins at a less frequent rate or low wins quite often. During our gameplay, we found that it leaned more towards the higher side.

During this slot, you can win up to 10,650x your stake through the multipliers during free spins and the slot is capped at €250,000.

Overall, the slot is pretty great in delivering thrilling gameplay but it doesn't deliver anything original. The design isn't fantastic and confusing at times, but the gameplay is at least exciting at times with the unpredictability of the two spins.

Perhaps the biggest downside of this slot is the low RTP which is ridiculous for an online slot. However, it shouldn't put you off completely as the two spins in this slot paired with the multipliers are pretty satisfying when they show up.

Arto and the Seven Deadly Spins showed a huge amount of promise and manages to deliver solid gameplay if you have the patience to wait.