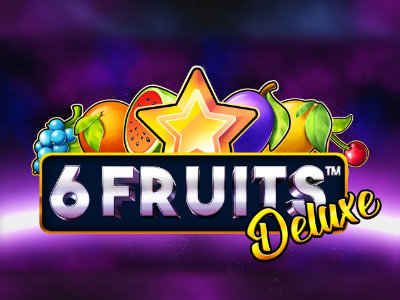 6 Fruits Deluxe is a truly simple 5-reel, 5 payline retro fruit-machine online slot developed by SYNOT Games. This medium/high volatility game doesn't require too much thought and is absolutely perfect for beginner slot players. In terms of bonus features and mechanics, this game has classic scatter payouts, a gamble feature and free spins that can see players win up to 5,000x their stake.

Just like its predecessor, 6 Fruits Deluxe is a delightfully simple slot that doesn't have a whole host of bonus features and mechanics to speak of, but those it does have (scatter wins, a gamble feature and a free spins feature) are genuinely enjoyable and very easy to grasp.

If players land special star scatter symbols then they'll win a fixed multiplied payout based on how many symbols landed, worth up to 50x their stake, the payouts are as follows:

It's worth noting that this symbol doesn't act as a traditional scatter symbol, instead, it acts as scatters did in years gone by, meaning that star symbols payout no matter where they land on the game reels, even if it's not along a payline.

Whenever players achieve a winning spin they'll be given the option to gamble their winnings. The gamble mini-game is a card game in which the player must choose whether it will be red or black.

If a player gets their guess right then their overall prize is doubled, if they get it wrong they lose their entire win. Players can continue gambling (following a winning guess) 8 times in total.

The unique thing about SYNOT's gamble feature is that it also allows players to bank half of their win, so if they're not satisfied 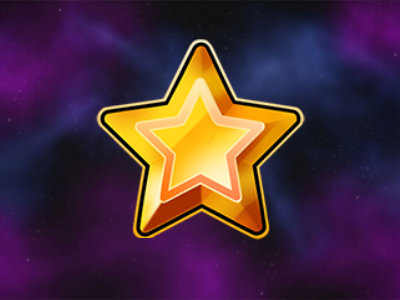 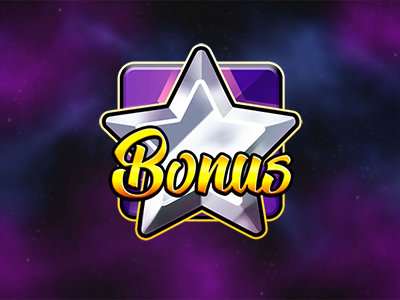 Forget big bonus features and over-the-top mechanics... Take a step back to a much simpler time with 6 Fruits Deluxe, a simple 5-reel, 5 payline slot developed by SYNOT Games. As mentioned, this retro fruit-machine themed slot doesn't have many bonus features or mechanics to talk of, but the ones it does have are great fun!

Players can win up to 5,000x their stake by way of scatter wins, a lucrative free spins bonus and a gamble feature for the more daring slots enthusiasts out there!

Truthfully, there's really not too much to say about the design of this slot. It's seriously simple. The 5-reels feature your typical fruit-machine symbols: Cherries, a lemon, an orange, a plum, grapes, a watermelon and a red number 7. Special symbols include a gold star (as the traditional scatter) and a silver star (as the bonus symbol).

Again, it's hard to have too much to say about 6 Fruits Deluxe, because SYNOT Games have purposely made this game as simple as possible.

In terms of navigating the slot, everything can be found along an action bar at the bottom of the game screen. From left to right there's a hamburger menu (that plays host to the game info and paytable), the stake selection buttons, a max bet button, a spin button and an autoplay button (which won't be there if you're playing in the United Kindom).

This medium/high volatility slot has an RTP of 96.12% and can see players win a maximum of 5,000x their stake, which isn't too shabby at all. Fully expect most of your big wins to come by way of the free spins bonus feature.

If you're after a simple, stripped-down fruit-machine style slot that's perfect for beginner players then you might as well look no further, this will fill that void nicely! Sometimes there's true beauty in simplicity, and this is one of those cases... However, if you're after something a little bit more elaborate and exciting then perhaps look elsewhere.

Play 6 Fruits Deluxe now at the following verified online slot sites. These slot sites have been thoroughly audited and reviewed by us to ensure they offer an exceptional user experience, are trustworthy, safe, secure, and boast the best variation of online slots in their portfolio including 6 Fruits Deluxe:-

Enjoyed 6 Fruits Deluxe? Here's a handful of similar slots we think you'll like too. These online slots have been chosen based on features and themes similar to 6 Fruits Deluxe. You might also want to check out other SYNOT Games slots.