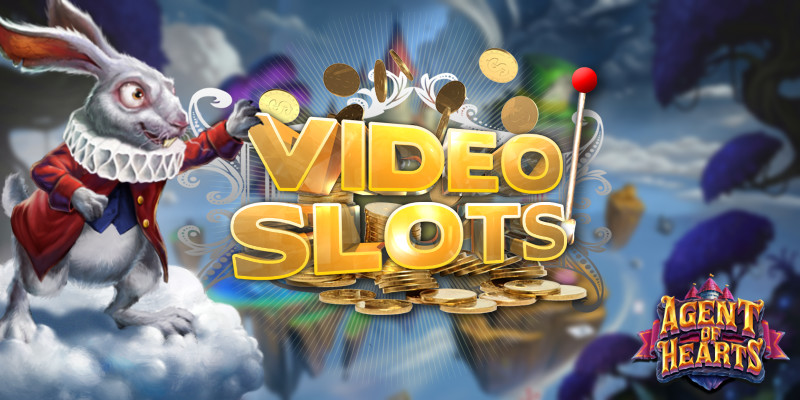 One of the best online slot developers, Play'n Go, recently released their latest slot Agent of Hearts. This quirky fairytale slot uses the Cluster Pays mechanic and is inspired by the Wonderland tales by Lewis Carroll. It's no surprise as to why Videoslots decided to choose this fantastic slot as their 6,000th online slot!

Play'n Go are a trusted partner of Videoslots and are known for a variety of outstanding slot titles such as Rich Wilde and the Tome of Madness, Charlie Chance in Hell to Pay, Odin Protector of Realms and Reactoonz 2 just to name a few.

The team at Videoslots are absolutely thrilled over the milestone of reaching 6,000 slots and worked hard within the past few months to expand their brand even more. They have integrated several new slot studios, such as Lady Luck Games and BB Games, as part of their new strategy which has shown a great amount of success.

“We are thrilled to have reached the 6,000th game milestone, which once again showcases our commitment to providing the most comprehensive games offering for players,” said Videoslots head of casino Timo Thronicke.

“To add 1,000 games in such a short period of time is a remarkable feat from the team,” Thronicke stated. “This achievement is made even more special by the fact that our 6,000th game launch has come courtesy of a title developed by Play’n GO, a trusted partner of Videoslots.”