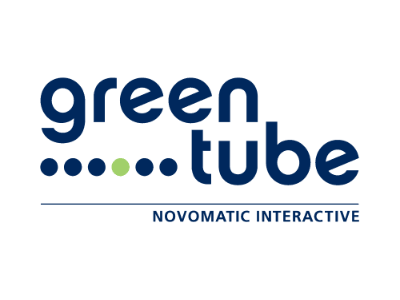 Greentube is a multi-award winning casino software development company that was founded in Austria, back in 1998 by Eberhard Dürrschmid and Harald Reisinger. Despite having started out turning traditional card games into online multiplayer games, as well as niche sports games for PC and mobile, the company have been a huge success within the slots and iGaming scene. 70% of the company was acquired by fellow Austrian company Novomatic in 2010.

If you're looking to play some of the best Greentube slots then look no further. We've personally spent months playing all of the titles Greentube has to offer, digging deep into every aspect of what makes these games great.

All of the games shown below are ones we consider worthy of being called the very best Greentube online slots.

Searching for new Greentube online slots? We understand the importance of variety when it comes to playing at your favourite online casinos, and that's why it's vital to keep on top of each and every new slot release.

We're proud to bring you a comprehensive list of new Greentube online slots that have been thoroughly playtested and reviewed. We can confidently confirm these slots are safe, reliable and most importantly, enjoyable to play.

Are you looking for the best slot sites to play Greentube titles? The expert team here at Slot Gods have scoured the internet to find a collection of online casinos that are more than worthy of your patronage.

Not only will you find all of the Greentube titles here, but you'll also have a great time playing them with the assurance that your funds and winnings are safe and secure.

Greentube is a legendary software development company that came to be in 1998 when Austrian duo Eberhard Dürrschmid and Harald Reisinger came together to create Greentube Internet Entertainment Solutions AG, a company that specialized games for online and mobile.

Originally, Greentube only focused on adapting traditional card games, turning them into online multiplayer games, alongside this they also created a Skiing game called Ski Challenge in a partnership with the Austrian Broadcasting Corporation, Österreichischer Rundfunk (ORF).

Having slowly built a reputation for themselves over the years, Astra Games Ltd. A daughter company of Austrian gaming giants Novomaic purchased a 70% controlling share in the company, thus making them a subsidiary of Novomatic, the remaining 30% was purchased a year later, this is when the company really began to fully turn the vast majority of their efforts to online slots, such as the hugely successful Book of Ra and Reel King series.

Much like Novomatic, Greentube's games tend to have a bit of stripped back feel to them (don't view this as a negative, because it isn't!), as more often than not they're built to played on physical gaming cabinets in casinos, just as much as they were designed to be played online.