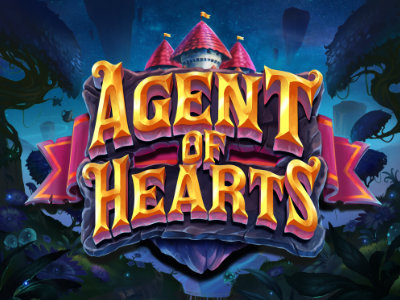 Agent of Hearts is a quirky cluster pays slot developed by the genius team at Play'n GO that tasks players with retrieving the stolen keys to the Queen of Wonderland's heart for a hefty sum of money! With beautiful graphics, a wonderful soundtrack and engaging Agent Features, which are unique bonuses tied to charming in-game characters.

“ This quirky slot dazzled us with great artwork and engaging features ”

Jump straight into the action and play Agent of Hearts now at the following fully licenced UK slot sites. These slot sites have been thoroughly audited and reviewed by the team here at Slot Gods to ensure they offer an exceptional user experience, are trustworthy, safe, secure, and boast the best selection of online slots in their portfolio including Agent of Hearts...

This slot boasts five main features players should look out for, four of which are unique Agent Features that are unlocked by landing 6 high-paying symbols in a single spin.

Each Agent Feature triggers a special power-up that will destroy and/or transform symbols on the game grid. It's possible for the White Rabbit to run onto the game screen at any time, automatically triggering one of the below features.

The hats will spin before disappearing, removing symbols from the game grid altogether and/or transforming them into matching symbols.

When players land 6 Cheshire Cat Agent symbols they'll trigger the Grinning Cat feature. This sees the Chester Cat grin across the grid, this grin grows and then disappears.

Upon disappearing, the symbols below the grin are removed from the game grid altogether and/or then transformed into matching symbols.

Once the smoke trail has dispersed it will either remove symbols from the game grid altogether and/or transform them into matching symbols.

When players land 6 Dormouse Agent symbols they'll trigger the Cupcake Splat feature. This sees the Dormouse Agent run across the grid leaving a trail of cupcake bombs behind him.

The cupcake bombs will explode, this either removes symbols from the game grid altogether and/or transforms them into matching symbols.

If players manage to land three key symbols anywhere on the game grid at a single time then they'll unlock the Queen's heart. This will see players receive a single free spin where all four Agent Features come into play, one after another. 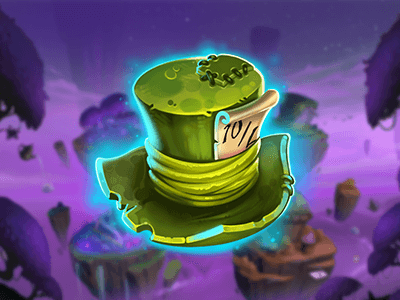 If players land 6 Mad Hatter Agent symbols then the Hatter will throw anywhere between 6 and 9 hats onto the grid which disappears or transform into new symbols. 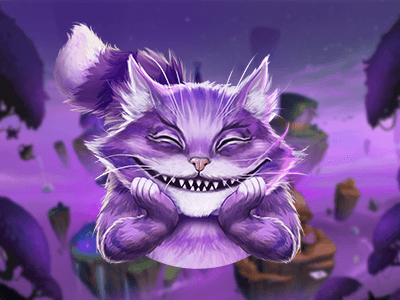 If players land 6 Cheshire Cat Agent symbols then the Cheshire Cat's grin will appear over the symbols, when it disappears the symbols behind it will either disappear or transform into new symbols. 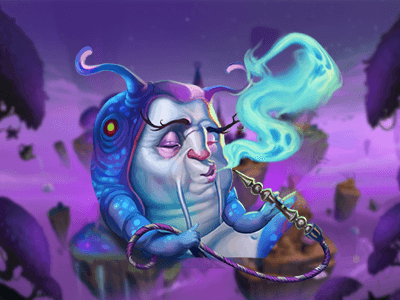 If players land 6 Caterpillar Agent symbols then the caterpillar will blow smoke from his hookah pipe onto the grid. Once the smoke disappears the symbols behind it will either disappear or transform into new symbols. 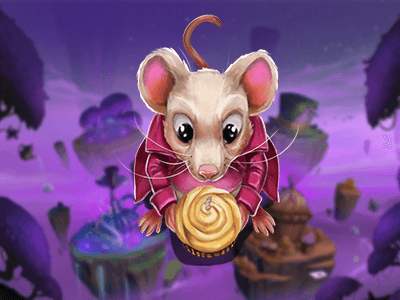 If players land 6  Dormouse Agent symbols then the Doormouse Agent will run across the reels leaving behind him a trail of cupcake bombs. These bombs will explode removing symbols from the grid and/or transforms them into matching symbols. 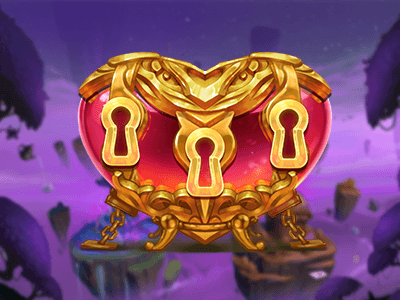 If players land three key symbols anywhere on the game grid at once then they'll unlock the Queen's Heart. This sees players receive a free spin with all four Agent Features AND a Queen's Heart Mega Symbol.

The Queen of Hearts has been betrayed! Someone in the Kingdom of Wonderland has stolen the three keys to her heart, it's down to you, the courageous hero, and four Agents to hunt down these keys and return them, getting your hands on the Kingdom's many riches in return for your hard work.

This truly unique Fairytale-themed slot boasts incredibly fun cluster pay mechanics that can see players trigger one of four truly exciting bonuses that can lead up to wins of more than 5,000x player's stake.

Agent of Hearts is genuinely one of the most wonderfully designed games we've had the reviewing so far this year. Before even going through to the main screen you're greeted to a wonderfully drawn selection of the game's four protagonists the Mad Hatter, the Cheshire Cat, a smoking caterpillar known as Phat and a well-dressed dormouse.

After this screen, the players are made to read a rhyme that sets the scene and lets you know the story behind Agent of Hearts. It's all very impressive and it seems to us like Play'n GO have thought of every little detail when it comes to this game.

In terms of the main game screen itself, the grid is filled with yellow, blue, purple and green gemstones which make up low-paying symbols. The high-paying symbols are our aforementioned protagonists (with the Mad Hatter being the best paying). The special symbols include Keys to the Queen's heart and heart wilds.

Behind the game grid players can just about make out a number of floating islands that play host to each of the four agents, in addition to this there's floating playing cards, teapots and cups of tea.

Agent of Hearts boasts a whimsical and upbeat soundtrack that fits the aesthetic of this slot perfectly, in addition to this, the noises that occur following a winning cluster are spectacular... It all adds up to make quite the experience.

Players achieve winning spins upon landing 5 or more matching symbols in a cluster anywhere on the game grid (which is laid out in an unusual 7-7-5-5-5-7-7 fashion).

These symbols must be touching either horizontally and/or vertically. When winning clusters occur they're removed from the game screen allowing for new ones to fall down, filling the gaps, this can lead to some seriously big cascading wins.

In terms of generally navigating this slot, it's not too daunting at all. All of the key buttons such as info, stake selection, autospin and play are found on a beautifully designed action bar below the game grid. To the left of the grid are four portraits depicting the Agents of Hearts, a meter that fills up to trigger their individual bonuses surround these portraits.

This eye-catching high volatility slot has an RTP of 96.25% which is pretty average, in terms of win potential the maximum players can win is a strange 5,262.5x their stake. We're exactly not sure where the .5 came from, but we'll take it!

If you're a fan of Cluster Pays slots then we absolutely urge you to load up this slot right away and give it a play! There are many cluster pays slots out there, but this one is arguably one of the best.

From the charming design all the way to the engaging bonus features, there's a lot of impressive elements that make this slot truly memorable. Don't be late, you've got a very important date with the Agent of Hearts!

Play Agent of Hearts now at the following verified UK slots sites. These slot sites are fully licenced and have been thoroughly vetted and reviewed by us to ensure they offer a great user experience, are trustworthy, secure, and have a wide variety of the best online slots in their lobbies including Agent of Hearts:-

Enjoyed Agent of Hearts? Here's a handful of similar slots we think you'll like too. These online slots have been chosen based on features and themes similar to Agent of Hearts. You might also want to check out other Play'n GO slots.