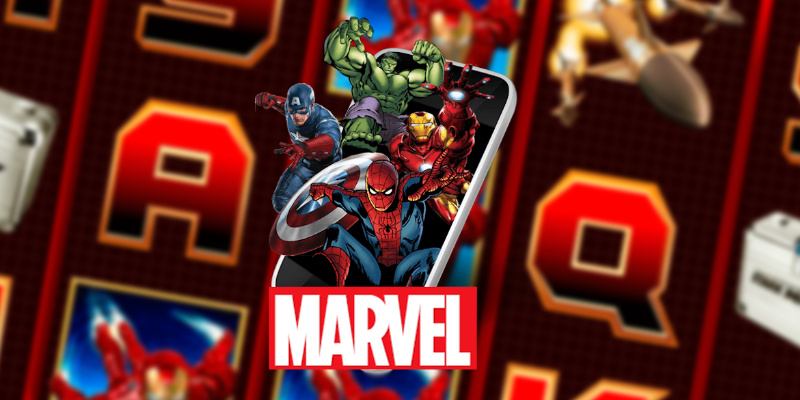 If you were an avid online slots enthusiast during the mid-2010s then you'll have spent some considerable time playing one of the many beloved Marvel slots created by Playtech, the legendary online slot developer known for releasing a host of immensely popular branded online slot games.

If these slots were so beloved, and widely considered to be some of the best online slots by players from all around the world, why haven't you seen them in the lobbies of your favourite online slot sites? This is because Playtech were forced to completely remove them from existence, despite being hugely popular and a huge pull for many of the biggest and best online slot sites.

Disney's monumental effort to clean up a growing super-brand

In 2009 it was announced that legendary company Marvel Entertainment was being taken over by the Walt Disney Company for a monumental fee of $4.24 billion. With Disney being the quintessential family company, it was obvious that sweeping changes were coming in the not-too-distant future if the company were to keep hold of its squeaky-clean image.

The 'House of Mouse' has always held a strong stance against gambling, vocally voicing their opposition to casino resorts being built in the State of Florida, where Disney reigns supreme.

So, it comes as absolutely no surprise that in 2013 after the company had full control of Marvel Entertainment's affairs, that they announced that all of the Marvel licensed slot games (both online and in physical casinos around the world) would not see their licenses renewed upon expiring in 2017.

Which Marvel slots were removed from slot sites?

How did Playtech fill the void left by Marvel slots?

Rather than throw away all of the hard work and effort put in by the development team at Playtech, the studio made the decision to create an entirely new online slot series using the original Marvel slots, basically re-designing them with swanky new graphics...

What is this series we hear you ask? You might well have heard of it, this new series was the now legendary Age of the Gods series we all know and love!

Practically every Marvel slot was replaced like-for-like with an Age of the Gods slot (featuring a lucrative progressive jackpot), so if you had a favourite Marvel slot you'll be able to find the exact same game in terms of RTP, bonus features and mechanics, albeit with a different design.

Are there any other superhero-themed slots players can play?

If you're not feeling the Age of the Gods slots and instead want to immerse yourself in superhero-themed online slots then do not fear, as there are still plenty of awesome games featuring some of comic books greatest heroes (and villains).

What's more, these epic DC themed online slot games are part of the DC Super Heroes Jackpot, a four-tiered progressive jackpot that can see players win up to £1,500,000 on a single spin... With a Mini, Minor, Major and Grand Jackpot to be won at any time, it's time to get spinning!