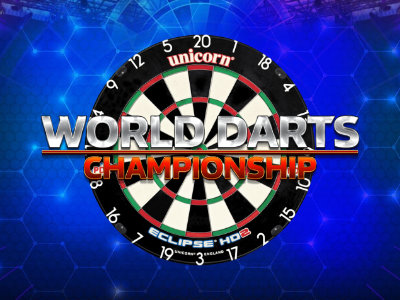 Step up to the oche alongside some of darts greatest ever players in a bid to hit 180. This lucrative 5-reel, 10 payline sports-themed slot developed by Blueprint Gaming can see players win up to ONE HUNDRED AND EIGHTY free spins as well as cash prizes whenever one of the famous PDC darts players land on the game reels alongside a special symbol.

“ This slot boasts some great paying features, but is sorely let down by its design ”

PDC World Championship Darts revolves around two bonus features, free spins and the player collect feature. Both features can prove to be incredibly lucrative, but it's the free spins feature that really made our eyes bulge!

There are ten special player symbols in total (all named below in the design section of this review). Each player is awarded a specific cash value.

If a darts board collect symbol lands on the reels at the same time as one (or more) of these PDC darts players then the value is awarded. In addition to this, if any 3, 4 or 5 of these symbols land on a payline at the same time then players will receive a payout. 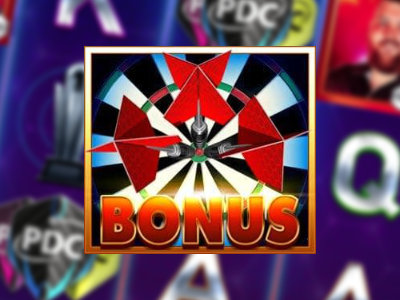 Players can win between 10 and 180 free spins upon landing 3, 4 or 5 dart board scatter symbols anywhere on the game reels. 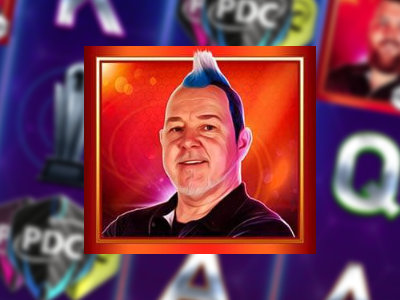 If any famous faces from the world of PDC darts land on the reels alongside a dart board collect symbol then their individual cash values will be paid out to the player.

Step up to the Oche and prove your worth in one of the greatest spectacles in sport, the World Darts Championship! The epic 5-reel, 10 payline branded slot created by Blueprint Gaming features some of the most iconic darts players of the 21st Century including "The Iceman" Gerwyn Price, Peter "Snakebite" Wright and the legend that is "Mighty Mike" Michael Van Gerwin.

The main pull of this sports-themed slot is the fact that players can enjoy up to 180 free spins. Yes, you read that right... ONE HUNDRED AND EIGHHHHHHHHTTTTTTYYYYYY! free spins, which if you ask us is an absolutely incredible amount of free spins for any online slot to offer players.

We won't sugarcoat it, this slot looks pretty dated and that's disappointing to see considering that this is an official PDC game. That being said, we can somewhat understand why Blueprint hasn't put in hundreds of hours to create a truly bespoke slot when darts is still quite a niche sport in the grand scheme of things.

There's no elaborate set behind the reels, just PDC's brand colours (red and blue) and some moving lights, on the reels themselves there are your standard low paying symbols 10, J, Q, K, A.

In addition to the above, there are 10 top PDC players that can appear on the reels, each featuring their own cash value, these are:

The soundtrack to this slot is of course a revised version of Chase the Sun by Planet Funk, the official theme-tune to PDC darts which can be heard playing at most major events.

It's no real secret that World Darts Championship is essentially a reskin of the original Fishin' Frenzy slot, with a few additional tweaks here and there. When it comes to actually playing the World Darts Championship itself, it's incredibly simple and plays exactly as you'd expect from a Blueprint Gaming slot as it follows the same format as other slots from the same developer.

We're big fans of the PDC Darts here at Slot Gods, however, it's fair to suggest that Blueprint Gaming haven't really captured the true excitement and pomp associated with the modern game of darts.

150 Free spins and wins as high as 50,000x are tantalising, but we can't help but feel let down on the design front, which is ultimately a very big part of any branded online slot game.