Frankie Dettori's Magic Seven Jackpot is a fantastic 5-reel, 25 payline slot developed by Playtech based on the famous horse racing jockey Frankie Dettori. This slot boasts two of the most enjoyable bonus features we've ever had the pleasure of playing, the Magic Seven Bonus and Free Games Race! If that genuinely isn't enough to entice you to play then the game's two HUGE progressive jackpots should.

Frankie Dettori's Magic Seven Jackpot has two fantastic bonus features for players to get stuck into, firstly, we have the Magic Seven Bonus that can be triggered when players land bonus symbols anywhere on reels 1 and 5 at the same time.

Players are taken to a pick and click mini-game in which they pick segments of a race track, if they pick trophies then they'll be shown a real video clip of one of Frankie Dettori's greatest victories, a win multiplier will also increase by 1x.

Players must continue picking segments, finding trophies until they hit the collect symbol. When this happens they receive a payout based on the multipliers collected and return to the main game.

During the Free Games Race free spins there will be more wild symbols and scatter symbols thrown into play, meaning players can pick up even more free spins and larger winning payouts.

Both jackpots can be won randomly on any spin of the game with any stake, this incredibly includes non-winning spins! However, it should be noted that if you play with a higher bet then you'll have a better chance of winning something. 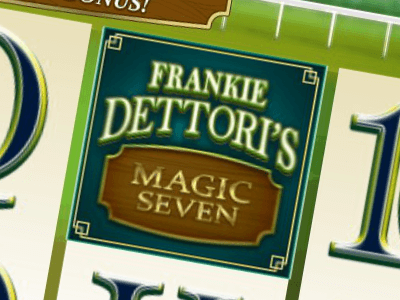 If players land bonus symbols anywhere on reels 1 and 5 at the same time then they'll trigger the Magic Seven Bonus which is a pick and click game that sees players pick trophies that play videos of Frankie Dettori's most famous wins and a win multiplier increases. 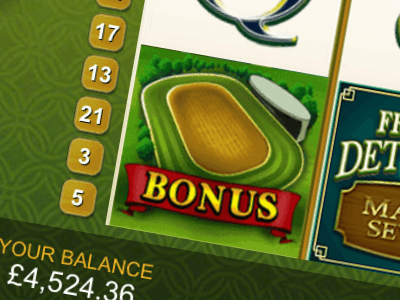 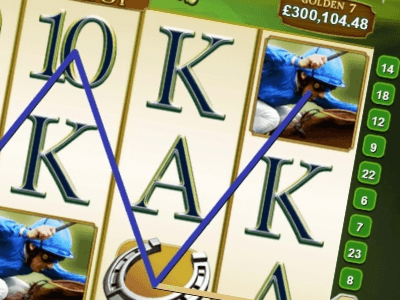 Frankie Dettori's Magic Seven Jackpot is linked to two mystery progressive jackpots, the Golden 7 and Silver 5. Both jackpots are won randomly on any spin of the game with any stake. This includes non-winning spins, however the higher the bet, the better your chances.

Frankie Dettori's Magic Seven Jackpot is a new and improved version of Playtech slot Frankie Dettori's Magic Seven that can see players get their hands on one of two absolutely life-changing progressive jackpots, the Silver 5 and Golden 7 jackpots. If that wasn't enough to entice you then this 5-reel, 25 payline slot also has two great bonus features, the Magic 7 Bonus and the Free Games Race.

We'll be blunt, Frankie Dettori's Magic Seven Jackpot, like the original, is not the prettiest slot going. There's a lot of green it's very formal looking, however, if you're into horse racing then there's no doubt whatsoever you'll enjoy this slot regardless of how bland it may be.

There's no soundtrack whatsoever during base gameplay which is pretty disappointing, but players can actually watch video footage of some of Frankie Dettori's best wins if they manage to trigger the Magic Seven Bonus which is pretty special!

This slot is wonderfully retro and looks like it could be an old-style slot machine from the late nineties/early noughties. The game is controlled using a set of buttons along an action bar at the bottom of the reels.

This slot has a slightly below-average RTP of 94.13%, which isn't terrible for a progressive jackpot slot and a maximum win of 7,777x the players' stake, which is more than healthy enough for us to actively want to play this game.

You know what, this slot might look terrible in this day and age, but it's a bloody good game! It doesn't matter if you don't like horse racing, the game's bonus features are honestly a lot of fun and the opportunity to win two huge progressive jackpots is just to hard to pass up.

Play Frankie Dettori's Magic Seven Jackpot now at the following verified online slot sites. These slot sites have been thoroughly audited and reviewed by us to ensure they offer an exceptional user experience, are trustworthy, safe, secure, and boast the best variation of online slots in their portfolio including Frankie Dettori's Magic Seven Jackpot:-