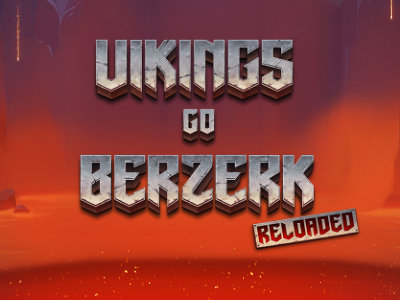 Vikings Go Berzerk Reloaded is a reboot of the 2016 Yggdrasil classic Vikings Go Berzerk. This 5-reel, 25 payline slot takes almost everything that made the original slot so special and seriously ups the ante by throwing in an enhanced free spins bonus feature, offering players a chance to get their hands on a massive 25,000x their stake.

“ An exciting addition to this much loved Viking-themed slot series ”

Jump straight into the action and play Vikings Go Berzerk Reloaded now at the following fully licenced UK slot sites. These slot sites have been thoroughly audited and reviewed by the team here at Slot Gods to ensure they offer an exceptional user experience, are trustworthy, safe, secure, and boast the best selection of online slots in their portfolio including Vikings Go Berzerk Reloaded...

Vikings Go Berzerk Reloaded is essentially a stripped-down version of 2016 slot Vikings Go Berzerk and other games in the Vikings Go series. The rage meter may well have been removed, however, this slot is still worth playing as it features Ragnarok Spins, Free Spins, Berzerk symbols and Treasure Chests... All fantastic bonus features on their own!

Ragnarok Spins may kick in at any time during base gameplay or during the free spins bonus. This sees all 4 Vikings go into berzerk mode. During the Ragnarok Spin all of the Vikings that appear on the reels will win their fights and turn into wilds.

Whenever players land 3 or more free spin symbols anywhere on the reels during base gameplay they'll receive 7 free spins with a random number of Berzerk Viking symbols in play.

Every Viking that lands on the reels will fight an evil Siren, if they win they will become a sticky wild for the duration of the free spins bonus feature.

If this wasn't quite enough, all wilds can be upgraded to a total of 8x multiplier for the entirety of the free spins bonus.

Whenever players trigger the free spins bonus in Vikings Go Berzerk they have the option to gamble for even more free spins.

Players are shown two bags, they must pick the correct one to move along a trail. If players guess the wrong bag at any time then they lose all of their free spins and return to base gameplay.

If players manage to land a treasure chest on the last reel during the free spins bonus then they'll automatically win a special prize, this can any of the following: 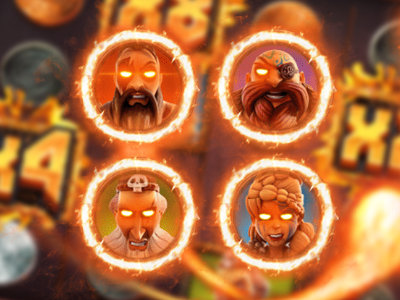 Ragnarok Spins are a random feature that can kick in at any time. These see all 4 Vikings go berserk, winning their fights with Sirens and turning wild. 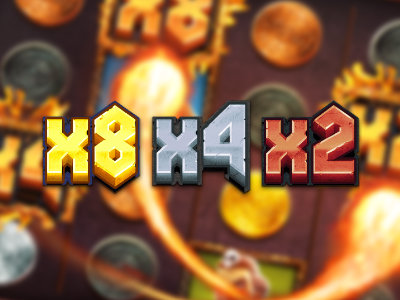 If players land 3 or more wild symbols then they'll receive 7 free spins with a random number of Berzerk Vikings in play. Additional Vikings can turn sticky and will feature multipliers up to 8x.

Vikings Go Berzerk Reloaded is a reboot of 2016 Vikings Go Berzerk, the second game in the Vikings Go series developed by Yggdrasil. Despite the fact that this lucrative Viking-themed slot is missing the classic rage mechanic that the series is so famous for, it does still boast a number of excellent bonus features and mechanics including Ragnarok Spins, Free Spins, Berzerk symbols and Treasure Chests.

First things first, Vikings Berzerk does not feature the same flashy cutscenes that made the original games so special... Whether or not that's because we were playing the game before it officially goes live remains to be seen... But if it is the case that the cutscenes have gone completely then we have to say we're pretty disappointed!

Strangely, this game has gone from being set on a Viking longboat sailing the open seas to a slot set in a dark cave somewhere in the frozen wastes... For a series that's SO good at setting the scene and telling a story, we'd have liked a little bit more context as to why we're here, but alas we can't complain too much as Vikings Go Berzerk Reloaded does look the part in terms of visuals.

In terms of how this game sounds, players are treated to a dramatic orchestral score that suits this slot down to a tee... Whenever Viking symbols come into play and they fight Sirens then you'll hear them shout and scream as they swing their weapons.

This slot couldn't be simpler to play, as mentioned earlier in the review Yggdrasil have scrapped the rage meters which was arguably one of the more confusing elements of the original Vikings Go Berzerk slot.

In terms of actually navigating the game, everything you need to play the game can be found on an action bar along the bottom of the game screen. This includes a coin value selection tool, a max bet button, a spin button and an autoplay button.

Vikings go Berzerk Reloaded is a medium/high volatility slot that has an RTP of 96% and a maximum win potential of 25,000x the player's stake which is pretty impressive! This game is by far the most lucrative Vikings Go slot out there on the market today, so it's well worth a spin or two if you're a fan of the series.

We went into this slot review blind without having done any prior reading as to what Vikings Go Berzerk Reloaded was all about, this way we could find out for ourselves what was missing and what had been added to enhance the game in comparison to the original (which we were pretty fond of).

We won't lie we were a little underwhelmed in some senses. Whilst the presentation of this slot is fantastic, Vikings Go Berzerk Reloaded does seem as if it's a bit of a downgrade on the features front, having lost the rage meters. Whilst they could be frustrating, we enjoyed that sense of progression.

However, at the end of the day, this slot is significantly more rewarding than previous Vikings Go slots with wild multipliers and a brilliantly crafted free spins bonus that can see players win a maximum of 25,000x their stake! And for that reason, we have to give this game a thumbs up.