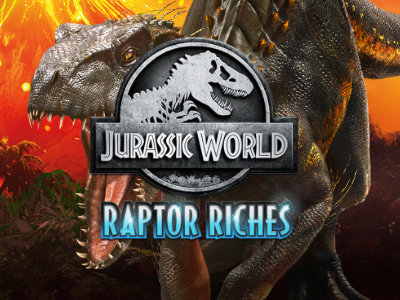 Everyone's favourite dinosaur series is back in the third instalment in the Jurassic Park slot series. Jurassic World: Raptor Riches is a high volatility slot with 5-reels and 20 paylines that brings back everyone's favourite characters from the iconic film series.

Throughout this slot, you can expect free spins, multipliers, wild stacks and 5 fixed jackpots! Can you survive the dinosaur onslaught and gain riches along the way?

“ A 'dinotastic' slot that is definitely the best in the series! ”

Jurassic World: Raptor Riches is absolutely full of fantastic features to help you win big. It starts with the respin feature which is triggered when an Indoraptor Wild stack fills an entire reel. During each respin, this wild stack will move one reel to the left and continues until there are no more stacks left.

Landing 3 scatters will trigger a spin on the free spin wheel. This wheel determines the number of free spins awarded. If you land a partial Indoraptor Wild, then you'll fill the entire reel with a stack and trigger the respin feature.

There is a jackpot wheel throughout this slot which is triggered by collecting jackpot symbols that will activate a spin on the jackpot wheel. You spin the wheel to determine which of the 5 fixed jackpots you'll receive. These include:

Throughout this slot, there are multiplier trails that start with the respin or free spin feature. They increase by x1 with each spin with the potential to grow up to x10 and x20 in the respin and free spins respectively.

For non-UK players, there is a Win Booster feature that increases the multiplier trail and is activated by betting 1.5x your stake. 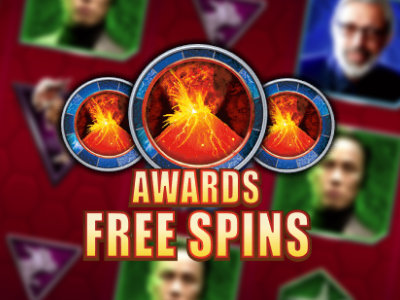 This feature can be triggered by landing 3 or more scatters which leads to the free spins wheel. A random amount of free spins will be determined by this wheel. 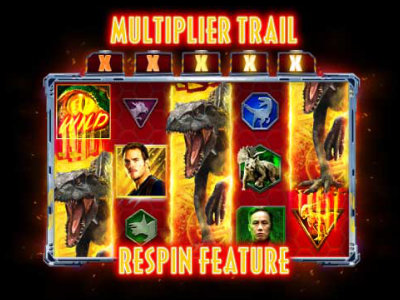 Landing an Indoraptor Wild stack will trigger the respin feature. Each spin moves the stack to the left and this continues until there are no more stacks left on the reels. 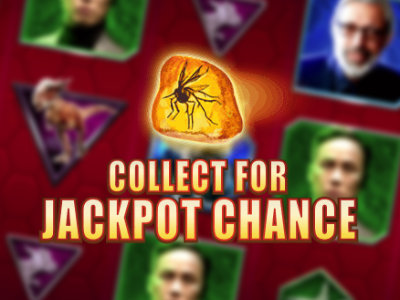 If you manage to collect jackpot symbols, then you'll trigger the jackpot wheel to determine which one of the five jackpots you'll win on. Ultimately, you can win up to 2,500x your stake.

At this point in the story, the park is fully gone and humans have to face the looming threat of these genetically enhanced dinosaurs. It's up to you to try and contain these dinosaurs along with all your favourite characters from the series. If you manage to keep these dinosaurs at bay, you may even be rewarded handsomely for it.

Compared to the other two slots in the Jurassic Park series, Jurassic World: Raptor Riches is definitely of a higher quality. As the slot opens up, the background is clearer and vibrant to showcase the beauty of the famous park on Isla Nublar. There are even animations throughout the slot making you feel more like you are part of this world rather than playing something lifeless.

As for the symbols on the reels, you can expect to see all the fan-favourites from Jurassic World: Fallen Kingdom. Owen Grady (played by Chris Pratt), Claire Dearing (played by Bryce Dallas Howard), Dr Henry Wu (played by BD Wong) and Dr Iam Malcom (played by Jeff Goldblum) are the stars of the reels with the dinosaurs being the lower-paid symbols. The avatars of the actors are more than a copy-paste job with specially designed backgrounds and enhanced pictures to make them fit into the aesthetic of the slot.

Overall, the design of this slot is leaps and bounds above the other slots as it feels more like a modern slot. The animation of the wild stacks is terrifying and perfectly done to create a more intense atmosphere.

The music of this slot is a generic action track with drums and an intense beat to build up tension. Thankfully, it's not too intense but it would've been nice to have one of the scores from Jurassic World: Fallen Kingdom by Michael Giacchino.

You can expect straightforward gameplay with this slot as there are only 5-reels with 20 paylines. Sure, there are various amount of features but they are all self-explanatory making this slot perfect to just pick up and play.

Jurassic World: Raptor Riches is a high volatility slot with a decent RPT of 96.02% but it should be noted that this is just over the average standard. In terms of the volatility level, you can expect high payouts but less frequently - so make sure that you have the bankroll to sustain your gameplay.

The maximum win is a little disappointing with a maximum win of 2,500x your stake which comes directly from the Apex jackpot. There are multipliers and other features to help you, but you'll never gain over 2,500x your stake. However, if you are playing with the maximum bet of 100.00, you could end up with some satisfying wins. This slot is definitely intended for players who prefer to bet big to gain high volatility returns.

This TV/Movie slot is a strange one as it improves on every criticism from the earlier two slots, but has a decreased win potential. Of course, the visuals in Jurassic World: Raptor Riches are not mind-blowing, but they are entertaining and definitely deliver what they are trying to do. The same comes with the gameplay as there isn't anything innovative, but it's thrilling enough for a good time.

Sadly, the low maximum win of 2,500x is not great and the only real way you can gain that much is through the jackpot or max multipliers which isn't a common occurrence. If you love the Jurassic Park franchise and want to see the next instalment, then we definitely recommend a spin on Jurassic World: Raptor Riches - just be aware of the volatility level and the maximum win.