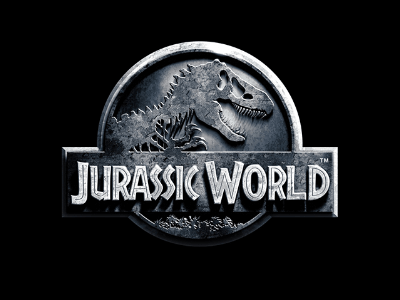 Based on the 2015 movie of the same name, Jurassic World is a 5-reel slot with 243 paylines. Much like the film, this slot follows Chris Pratt and Bryce Dallas Howard as they try to survive the chaos on Isla Nublar.

Full of dinosaurs from the Indominus rex to the pterosaurs, no dinosaur is left out in this slot! It's perfect for fans of the dinosaurs and the Jurassic Park series.

The free spins round is triggered by 3 scatters just like in most other slots but grants 10 free spins. However, there is a random selection of which location you go to. The locations are as follows:

Of course, there are wilds in this slot that can even stack up to 10 high and the wild substitutes all except the scatter symbol.

During any moment in the base game, the Indominus rex can appear on the screen and boost up your win to 1,000x your total bet.

In 2015, Jurassic World was released and the world went bonkers for the film. It was the fourth in the Jurassic Park series and there was a huge 14-year difference between Jurassic Park III and Jurassic World. The film stars Chris Pratt and Bryce Dallas Howard with the film being set 22 years after the events of the first film.

With the film being so successful and even the second-highest-grossing film of 2015 (second to Star Wars: The Force Awakens), it was an obviously choice to develop a slot based on the film. Developed by Microgaming, Jurassic World plays on 5-reels with 243 ways to win.

Disappointingly, there is little music playing throughout the spin as only a few sounds. It's not the end of the world but feels a little cheap. They could've easily put in the infamous Jurassic Park theme by John Williams or something epic to build up the tension.

The gameplay to this slot is quite minimal as all you do is spin the reels. It's simple and the only different effect is a 3D scanner movement on the reels to give it a futuristic feeling. Honestly, other than that - there's nothing too exciting about the slot.

Most of the play menus are at the bottom with the bet level, spin and autospin here. To the left of the reels, there is a drop-down menu for the paytable and other information.

The biggest base game win comes from the Indominus Rex which can boost your bet up to 1,000x your bet. Of course, you could potentially win up to 14,000x your stake if you fill the reels with wilds and gain the multiplier of x7 during the Gyrosphere Valley free spins feature.

The Jurassic Park series is beloved by all film fans, but sadly this won't be the case with this slot. The design is a little outdated and the gameplay is a bit too basic for our likings.

Play Jurassic World now at the following verified online slot sites. These slot sites have been thoroughly audited and reviewed by us to ensure they offer an exceptional user experience, are trustworthy, safe, secure, and boast the best variation of online slots in their portfolio including Jurassic World:-

Enjoyed Jurassic World? Here's a handful of similar slots we think you'll like too. These online slots have been chosen based on features and themes similar to Jurassic World. You might also want to check out other Microgaming slots.