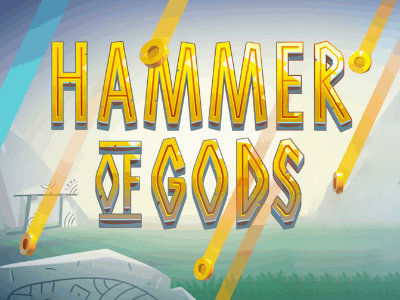 Hammer of Gods is a high volatility 6-reel, 729 ways to win Viking-themed slot from talented Armenian slot developers Peter & Sons. This charming slot boasts bonus features and mechanics such as Way Multipliers, Special Wilds and up to 15 Free Spins with all the aforementioned bonuses included. This lucrative slot can see players rack up wins as high as 50,000x their stake.

Hammer of Gods, like most Peter & Sons slots have a good number of bonus features and mechanics that kept us thoroughly entertained and engaged throughout the duration of our gameplay.

On every spin of the reels, random positions are highlighted. Any symbol except the scatter that lands in these positions will receive a multiplier of up to 4x.  Multipliers that appear on the same way will always multiply eachother.

When Special Wilds land on the reels (a hammer with a sparkling blue star on one side) are collected in a meter (a shield). Collecting 3 special wilds triggers a re-spin and all 3 collected wilds are randomly placed on the reels to form a winning combination. The collector resets after their release and any leftovers remain on the shield meter.

Upon landing 3 or more shield scatter symbols anywhere on the reels players will automatically trigger the free spins bonus, immediately awarding them with 15 free spins.

There are Way multipliers of 4 during the free Spin bonus, this is where symbols in highlighted positions get a multiplier of 4x added to them automatically. In addition to this at least one wild symbol is always guaranteed on every single free spin.

Any collected special wilds are displayed in a meter with 3 slots. When filling the meter, a re-spin is awarded (no free spins are consumed) and all 3 collected wilds will land on the reels randomly.

If players manage to land an additional 3 or more scatter symbols during the free spins bonus then they'll automatically trigger another 15 free spins on top of those they already have. 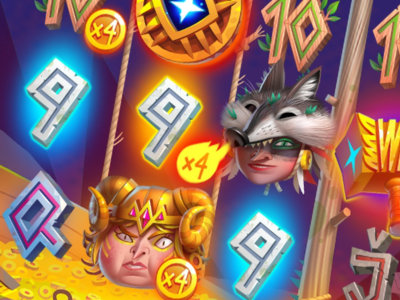 On every single spin of the reels random positions are highlighted and multipliers of up to 4x are placed on them. 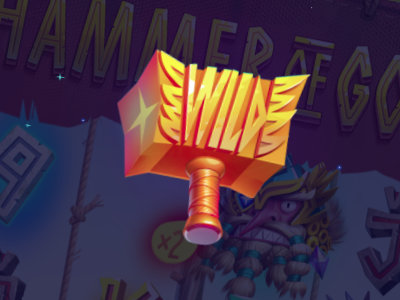 Special Wilds land on the reels and fill a shield meter. When this meter is full wilds are released onto the reels to form a winning combination. 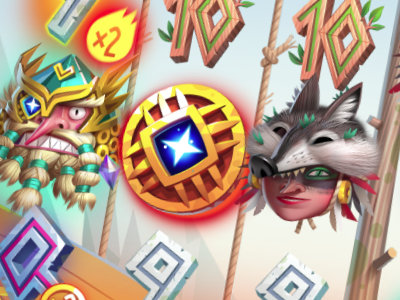 This game features a Way Mutliplier, Special Wilds and a Free Spins bonus that can see players win more than 50,000x their stake.

Unsurprisingly, Hammer of Gods is a wonderfully designed online slot that is full to brim with charm! What else would you expect from a Peter & Sons game? This quirky creation is set in the fjords of Norway where fierce Viking warriors rule the lands. The game reels themselves aer set on a wintricately designed longboat.

The game is played on a 6x3 set of reels. Wilds can only appear on reels 2, 3, 4 and 5. Wild symbols substitute for any other symbol except for the Scatter.

Hammer of the Gods is an All Ways slot, which means there are no fixed paylines. In order for players to register winning spins players just need to land symbols adjacent to each other. Wins are calculated based on the longest combination of symbols from left to right.

Om terms of navigating the game, all of the buttons except for the spin button can be found on an action bar that runs across the bottom of the game screen.

High volatility slot Hammer of Gods is a genuinely lucrative with a maximum win potential of 51,500x the player's stake. The RTP sits at 96.03% which is just about average.

Most of your decent sized wins will come by way of the Way Multiplier during base gameplay. However, if you do manage to trigger the game's free spins bonus then you can potentially get your hands on the big prizes in excess of 50,000x your stake!

It's hard not to fall in love with this slot based on design alone, as is the case with most Peter & Sons slots! What makes this game even better is the fact that this slot is backed up by a decent RTP and an incredibly generous maximum win of 51,500x.

Play Hammer of Gods now at the following verified online slot sites. These slot sites have been thoroughly audited and reviewed by us to ensure they offer an exceptional user experience, are trustworthy, safe, secure, and boast the best variation of online slots in their portfolio including Hammer of Gods:-

Enjoyed Hammer of Gods? Here's a handful of similar slots we think you'll like too. These online slots have been chosen based on features and themes similar to Hammer of Gods. You might also want to check out other Peter & Sons slots.