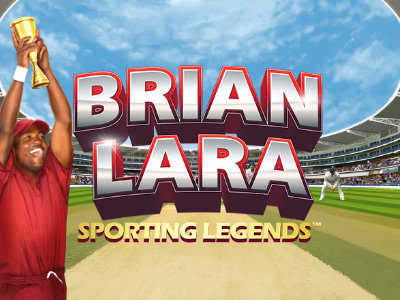 “ Arguably the best Sporting Legends slot to date, a must play for cricket fans ”

During this feature, the batsman is bowled 6 balls, every shot he manages to hit will fly onto the reels and create a sticky wild on a random position. The reels will eventually stop once all 6 balls have bowled, creating a guaranteed win.

Every time players trigger the Batter Bonus spin they're guaranteed anywhere between 2 and 6 sticky wilds.

This will trigger the Golden Batter Bonus Spin, which will see the same feature as above occurs, except only high-value symbols will land on the reels after the 6 balls are bowled.

Brian Lara Sporting Legends also plays host to three progressive Sporting Legends Jackpots that can see players win a life-changing sum of money on any spin of the reels during base gameplay.

These jackpots are the Daily Jackpot, the Weekly Jackpot and the Sporting Legends Jackpot. The higher the player's stake, the higher their chances of triggering the jackpot are. 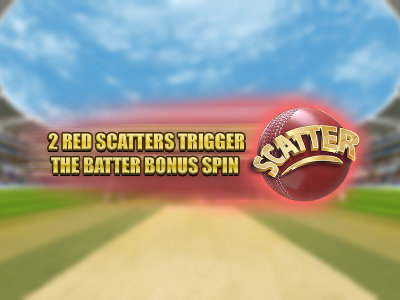 When players manage to land scatter symbols on the reels they can trigger a Batter Bonus Spin round which sees 6 balls bowled to a batsman, if he hits the ball then it lands on the reels as a sticky wild and a free spin occurs. 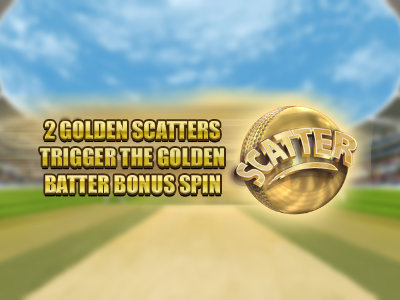 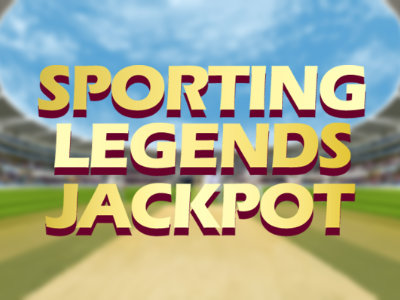 We don't like cricket... We LOVE it! Brian Lara Sporting Legends is the latest game in the truly iconic Sporting Legend series developed by Playtech. This 5-reel, 1,204 ways to win slot features three progressive jackpots and two excellent bonus features a Batter Bonus Spin and Golden Batter Bonus Spin that can help players work their way towards the game's top prize of 5,120x their initial stake

Obviously, this slot is based on the legendary Trinidadian batsman Brian Lara... One of the greatest cricket players to light up the world stage. The West Indies great has enjoyed a stellar first-class cricket career scoring just shy of 60,000 runs and appearing for teams around the world including Trinidad and Tobago, South African side Transvaal, English county Warwickshire and Zimbabwean franchise Southern Rocks.

The slot itself looks like your standard Sporting Legends slot, the reels, which are pretty bog-standard, feature 10, J, Q, K, A as the low paying symbols and cricket gloves, a helmet, a bat, and three images of Brian Lara himself as the high paying symbols. Special symbols include a trophy as the wild, a cricket ball as the scatter and golden cricket ball as the special scatter.

Behind the reels is a cricket stadium at full capacity bathed in sunshine, if we had to take an educated guess we'd suggest that this is Sabina Park, in Kingston, Jamaica.

In terms of music, players are treated to a slow reggae jam that fits the aesthetic of the game nicely, there are also some short commentary lines during the Bonus Batter Spin feature.

Brian Lara Sporting Legends is a very simple online slot, just like its sister slots AP McCoy Sporting Legends, Ascot: Sporting Legends and Ronnie O'Sullivan Sporting Legends. The game is controlled using six buttons found along an action bar at the bottom of the game reels. These are the info button (which brings up the paytable and game rules), the stake selection buttons, autospin, fast spin and spin.

We love any slot that offers players daily, weekly and massive progressive jackpots, who could possibly complain about them? In terms of wins you can pick up during standard gameplay, this medium volatility slot can see players win 5,120x their initial stake, in addition to this it actually has a decent RTP for a jackpot slot, sitting just above the industry average 96.08%.

Naturally, most of your wins will come by way of the Batter Bonus spin and the Golden Batter Bonus spin, thankfully we found that both of these features triggered fairly regularly for us during our playthrough.

If you love cricket and/or progressive jackpots then you may well have found the perfect slot! If you don't like either of these then you might just see this as your standard run-of-the-mill sports-themed slot, as it doesn't offer too much you've not seen before beyond the big-name branding and jackpot wins.