AP McCoy: Sporting Legends is a 5 reel, 243 ways to win slot from Playtech that's based on legendary Northern Irish jockey Sir AP McCoy and horse racing as a whole. There are two main features to this game that players will need to be aware of, the first is the bonus wheel that can see players spin a wheel to earn free spins with modifiers and cash prizes. The second feature is the three-tiered Sporting Legends progressive jackpot.

The Playtech-powered slot is not short of in-game bonus action. You can ramp up the race to win through some enticing bonus extras. AP McCoy: Sporting Legends is highly rewarding when it comes to the features, there are wilds, free spins, multipliers, a bonus wheel game and of course, three randomly triggered progressive jackpot prizes. Let’s take a look at what bonus games you can find in this slot. 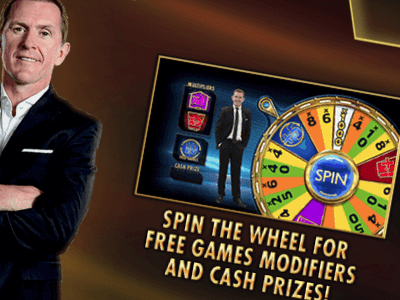 Land the scatter on reels 1, 3 and 5 simultaneously and you’ll trigger the Bonus Wheel feature. Here you spin the wheel to win cash prizes or a boost in the Free Games – each spin of the bonus wheel can give you 5 extra free spins, increase the wild multiplier, increase the multiplier or a cash prize up to 1,000x your stake. 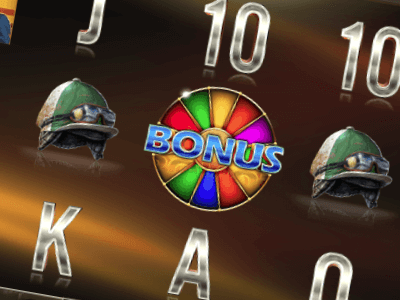 The bonus wheel centre rotates to give you another spin (up to 6 in total) or give you access to the Winning Line Free Games. If you win with a wild, the wild multiplier is applied – this can reach 7x. If you land more than 1 wild multiplier, the value of both multipliers is multiplied together – 7x and 7x would result in a 49x multiplier! 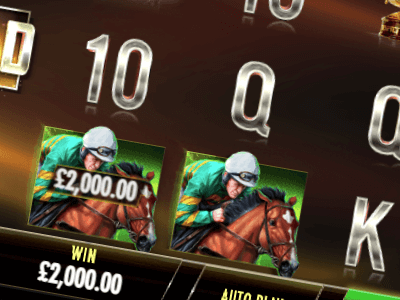 In this feature you’ll begin with 10 free spins – the extra free spins and wild/win multipliers are also added before you start the free spins. 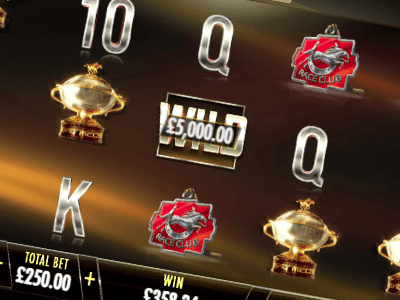 This is activated when you hit on the button at the bottom of the reels. You then choose from the Accumulator or Accumulator Plus. 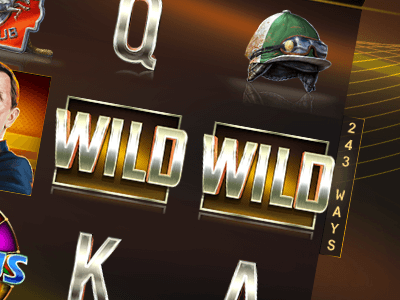 Accumulator costs 10x your stake and gets you 5 spins with a win accumulator. Each win is added to the Prize Pot. All the totals are then added and that’s what you’ll win. 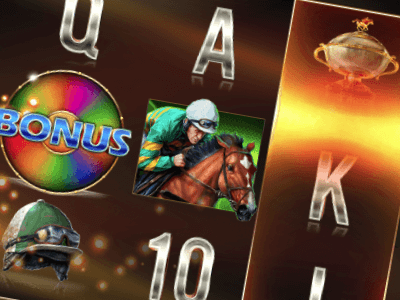 Accumulator Plus costs 20x your stake. You get 5 spins with wilds collected (on losing spins) which are added to the reels for 1 Super Spin at the end. 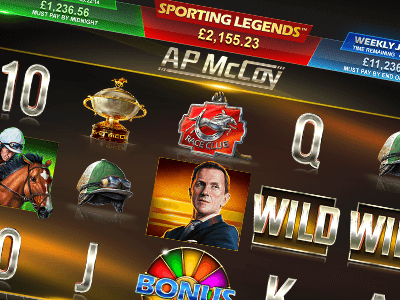 There’s a daily, weekly and Mega Jackpot. The biggest one is the Sporting Legends Mega Jackpot which can reach huge amounts. The jackpot feature is triggered at random and if you enter the jackpot game, you are guaranteed to win 1 of the 3 jackpots.

AP McCoy: Sporting Legends is part of Playtech’s Sporting Legends slot series. The game is centred around the legendary horse racing jackpot who was a champion jockey a record 20 consecutive times. The game is played on 5 reels with 3 rows and 243 ways to win. Saddle up because this game is jam-packed with bonus play, including 3 randomly triggered progressive jackpot prizes.

Released in 2019, shortly after AP McCoy retired from the sport that he dominated for so long. The game provides an immersive slot experience through its engaging features and high paying symbols. Although you’ll enjoy this more if you’re a fan of the sport, the game has so much going on that it would be a shame to miss out.

The game is a little more complicated than most slot games thanks to the abundance of features it has, but you’ll soon get familiar with the gameplay. Playtech has done a solid job of paying tribute to one of the greatest sportsmen in a generation.

The horse racing theme is not too popular across the reels. This game tries to keep the design generic so it’s not too horse racing focused and more about the gameplay and features. The reels are very simple with a classic design and a colour scheme that looks like you're playing on an 80s TV set.

On the reels, you will find AP McCoy himself, one symbol as a jockey and one symbol as his usual self. There are also trophies, badges, helmets and the rest of the symbols are mostly made up of standard wild symbols and low paying letter symbols. The animation only comes into play when one of the bonus extras is triggered or you hit a big win, so it can be somewhat repetitive when you spin the reels.

There is a sportsbook feel to the game, especially with the Power Play feature available. If you like horse racing then you’ll love this slot, if you don’t, you’ll still enjoy it.

AP McCoy: Sporting Legends has more game controls than your standard slot. It uses Playtech’s Power Play feature where you can use your funds to buy spins with more win potential. At the top of the reels are the 3 progressive jackpot amounts and under that, you have the prize pots.

At the bottom of the reels is the control panel where you can spin the reels. Next to the spin button is the Power Play control and next to that you have the autoplay and turbo mode controls. You can also set your bet amount from £0.25 to £1,250 per spin, making it a very versatile slot when it comes to bankrolls.

You can enjoy some amazing win potential on the AP McCoy: Sporting Legends slot. The game boasts some rewarding bonus features that can provide rampant payouts. The bonus extras offer payouts up to 1,000x your stake with a top prize payout of £150,000. The true potential is released when you trigger the jackpot feature where you can win one of three life-changing progressive jackpots.

AP McCoy: Sporting Legends is a medium variance game with a return to player percentage of 95.03%.

Playtech’s AP McCoy: Sporting Legends doesn’t have the visually immersive graphics or animation that many new slots have, but it does have some top-notch extras that will have you racing towards wins. If you’re a horse racing fan, then you’ll really appreciate this tribute to a legend. There are some serious payouts to be had with a 49x multiplier available and 3 progressive jackpot prizes for the taking.