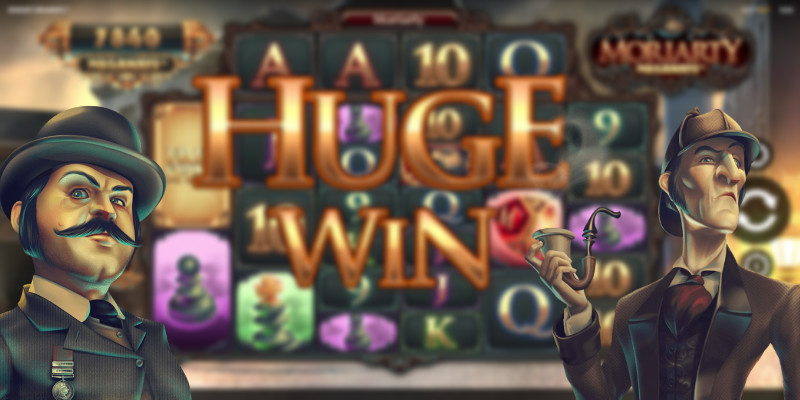 There's absolutely no doubt about it, online slots are many gambling enthusiasts favourite casino game... And you know what, it's hardly surprising! These wonderful games are a bundle of fun often boasting engaging graphics, exciting bonus features and memorable mechanics.

Despite how enjoyable these games are, they're criminally misunderstood! Online slots are built using complex mathematical algorithms that are difficult for most of us mere mortals to comprehend... Unless of course, they have a relevant degree and vast industry knowledge!

It's for this very reason that many players tend to buy into false facts about online slots that simply aren't true! Never fear though, we at Slot Gods are here to quash these ridiculous rumours and put them to rest once and for all... Explaining everything you really need to know!

It'd be fair to suggest that progressive jackpot slots are the type of slot you'd want to play if you've got grand ambitions of winning life-changing sums of money!

These special slots can see players win hundreds of thousands, if not millions of pounds in a single spin of the reels... However, the true reality is that your chances of winning those huge sums of money are close to nil... It's possible, but it would take some truly monumental luck!

If you're playing online slots with the sole aim of making a profit the last thing you'll want to do is play a jackpot slot, these slots might pay out the most money, but they often have a lower RTP meaning non-jackpot wins are scarcer overall across a prolonged period.

Slot sites can force an online slot to pay out less

Some disgruntled players believe that slot sites can force an online slot to stop paying out if they feel a game is being too generous to lucky players. This simply isn't true at all as long as you're playing at a genuine slot site.

It's impossible for any legitimate licensed site to change the way an online slot acts, especially during live gameplay, this would be completely unfair and more importantly illegal.

That being said, there are unscrupulous, unlicensed casinos that might tamper with a slot, but they're few and far between and should always be avoided.

As you'll repeatedly hear throughout this article, online slots are designed to be completely random thanks to complex algorithms that ensure games cannot be exploited. The only thing that some slot sites may be able to (legally) tweak is the RTP, but this is displayed to the player before gameplay.

There's such a thing as hot and cold online slots

Every single spin of an online slot is independent of the last, for this reason, and this reason alone any slot you play at a legitimate online slot site will play out randomly... If players were to experience a run of losing spins (or winning ones for that matter) it would be nothing short of a coincidence.

In reality, due to RNG, online slot games are fairly unlikely to ever see players register a solid run of losses or wins, it's more likely that players will experience a handful of sporadic losses followed by wins here and there, or vice versa.

You might see some slot sites state that certain slots are hot or cold, prompting players to play a slot in the hopes that it's ready to pay out. Unfortunately, this is just a ploy you pull you in, don't fall for it!

Online slots will payout after a long winless period

This follows exactly the same logic as the previous myth (that hot and cold slots actually exist). If you find that a particular game hasn't paid out in a long time then we're afraid we have to tell you that it's purely down to bad luck on the player's part... Nothing more, nothing less. That slot is just as likely not to pay out as it is to pay out.

There's no supervillain sat behind a computer somewhere in Malta cackling away as your money is swallowed up! It's purely down to a set of completely random numbers that just aren't working in your favour at that specific time.

Some players theorise that jackpot slots pay out after a long period of not being triggered... There has actually been a few instances of life-changing progressive jackpots paying out within hours and days of each other, whilst others don't payout for months at a time. There's no way of knowing what will happen, your best bet is to just play and not worry about winless periods!

There's an optimal time of day to play an online slot

We've said it just a few times in this article... ONLINE SLOTS ARE COMPLETELY RANDOM! There's no best time to play a game. Truthfully, we do completely understand why a player might think it's best to play a jackpot slot such as Divine Fortune or Mega Moolah at 4am, because with less competition there's more chance that they might trigger one of the progressive jackpots, right?

Progressive jackpots, local jackpots and standard wins can happen on any given spin, there's absolutely nothing that can change this, so don't play yourself by staying up into the early hours of the morning just to get those spins in! You're just as likely to win (or lose) at 6pm as you are 4am.

In addition to this, if you're playing a slot at a sociable time you're able to take part in activities such as slot tournaments and you'll make much better decisions because you're well-rested and alert.

All reputable slot sites will have a license from one of a number of trusted online slot regulators such as the UK Gambling Commission (a legal requirement for UK-facing operators), Malta Gaming Authority or Gibraltar Betting and Gaming Association. These regulators ensure that the slot site you're playing at is operating fairly and honestly, and that the games are safe and haven't been tampered with.

In addition to this, all new online slots must be tested by a third-party testing house that ensures the RNG of every game is fair and that every single spin of the reels is completely random.

When running these in-depth tests, millions of spins are simulated on a slot in order to make sure that the game's code has no errors, whether a sequence of results can be replicated and if there are any noticeable patterns forming.

There's a long-time theory amongst many players that demo slots are much more generous than their real money counterparts. If we're being completely honest it's quite tough to validate this claim for every single game out there.

The general rule is that demo games should have the exact same RTP, volatility and win potential as the real money game. That way players are getting an accurate representation of the game they'd be playing if they were actually playing it with their own funds.

This is the haziest myth on the list, purely because some slots you play on demo mode might actually be more generous, but it wouldn't be fair or the right thing for developers/operators to do.

You should always use demo play as a way to work out whether you're enjoying general gameplay, not as a way to judge a slot's wins and payouts.

Also, players tend to be more frivolous when playing demo games, and so while it might appear they have achieved bigger wins, it's usually only because they've made bigger bets or taken risks they usually wouldn't if playing for real.