In an exclusive insight from Play'n GO, the slot developers outlined on their website how they create an immersive game story in a slot.

Sometimes a plot in a slot can ruin the atmosphere and tone or it can even take it to the next level. Play'n GO stated that the slot developers always aim to tell a good story that everyone can enjoy, and here is how they do it.

Firstly, the developers build a world for characters to live in and one that “players can become immersed in.” It's not all just about the characters but about “building an atmosphere that will immerse players in a virtual reality” and giving players the chance to “escape from their world into someone else’s” - just like in the movies.

Most of the backgrounds in Play'n GO slots tend to be static but change depending on how the game plays out such as through features or events. All of the changes are simple but divulge information about where the player is geographically and also where the characters are mentally.

There are several types of characters that Play'n GO uses within the narrative but it often starts with the protagonist and antagonist. The hero of the slot isn't always a good guy but they are the focus of the slot and therefore have room for growth and progression. 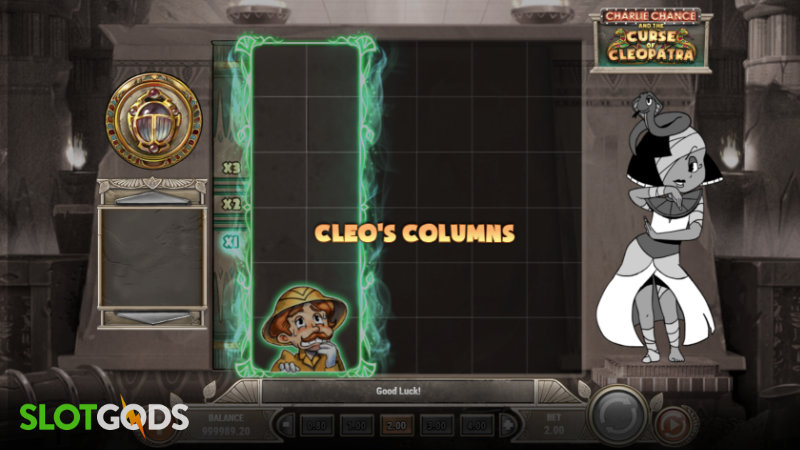 As for the antagonist, they are always the less honourable characters that “seek out trouble and insist on stopping the protagonist from achieving their potential.” One of Play'n GO's favourite antagonists is the femme fatale from the Charlie Chance series who shows up in multiple forms to stop the hero.

Her character is well-rounded showing the vices and virtues as well as overcoming certain flaws throughout the slot. The antagonist and protagonist are like yin and yang with both being needed to create an entertaining story.

It's easy for slot developers to create a game that audiences will play - but the difficult part is making them stick around. Play'n GO tries to focus on the entertainment aspect of games mixing in with the story of the slot.

Such is the case with 15 Crystal Roses as the Quest Map shows the location of the roses showing how many crystal roses the player has collected. According to Play'n GO: “this clever feature drives the narrative further, retains player engagement and their immersion into the world of the game.”

Ultimately, the key takeaway is to make sure that the story mixed well with the gameplay and adds to it rather than distracts players. After all, players are there to actively play the games and not just to listen to a story.

There is a reason why Play'n GO continue to be one of the best slot developers out there and it's the attention to detail they put into every slot. They truly immerse players into the story of the slot and get them to care.

With Alice Cooper and the Tome of Madness, Play'n GO could've easily created a tacky branded slot but instead create something unexpected and brilliant that dove into the madness of Alice Cooper and HP Lovecraft.

The creative minds at Play'n GO constantly push the boundaries within the iGaming world and we expect them to remain on top for years to come with their amazing processes of development.