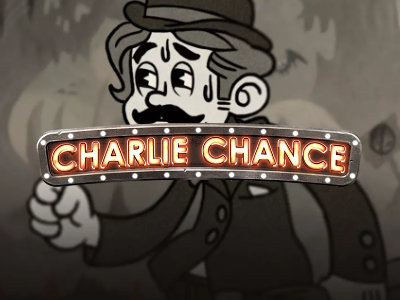 Charlie Chance first landed on our screens back in May 2020, appearing in Play'n GO slot Charlie Chance in Hell to Pay, and we instantly fell in love with the truly unlucky hapless chap.

Chance, who is based on the 1920s fictional character Charlie Chan (who was featured in mystery novels and films) is known for always getting himself in bother wherever he goes...

In cluster pays slot Charlie Chance and the Curse of Cleopatra Charlie finds himself on an official tour of the ancient Egyptian pyramids, however, whilst on this tour, Charlie accidentally wakes up the former Queen of Egypt Cleopatra and boy oh boy is she mad!

All three slots in the series boast unique bonus features and mechanics such as a feature board mini-game, second chance respins and a serpent's trail. If you're looking for delightfully charming slots that are wonderfully designed then you needn't look any further, Charlie Chance is everything you're looking for and more!