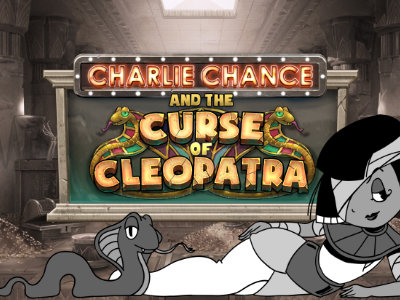 Charlie Chance and the Curse of Cleopatra

Curse of Cleopatra is a feature-filled cluster pays slot developed by Play'n GO that sees players in with a chance of triggering no fewer than six excellent bonus features and mechanics, allowing players to win up to 5,500x their stake. These include an increasing win multiplier, Cleo's Columns, Charlie Mega Symbols, Flying Scarab Wilds, Serpent's Trail and of course, Free Spins!

Play Charlie Chance and the Curse of Cleopatra

Jump straight into the action and play Charlie Chance and the Curse of Cleopatra now at the following fully licenced UK slot sites. These slot sites have been thoroughly audited and reviewed by the team here at Slot Gods to ensure they offer an exceptional user experience, are trustworthy, safe, secure, and boast the best selection of online slots in their portfolio including Charlie Chance and the Curse of Cleopatra...

Charlie Chance and the Curse of Cleopatra Screenshots

Charlie Chance and the Curse of Cleopatra Features

Curse of Cleopatra is without a doubt the most stacked game in the Charlie Chance series so far when it comes to features and mechanics. There are four that can kick in during base gameplay: Cleo's Columns, Charlie Mega Symbols, Flying Scarab Wilds and Serpent's Trail and then of course there's a lucrative free spins bonus by landing scatters.

After winning clusters of symbols has cascaded three times in a row a win multiplier increases by +1. The overall win multiplier can climb to a maximum of 3x. This multiplier will automatically reset following a non-winning spin.

At any time during base gameplay or the free spins feature Cleo's Columns may activate. This will see two adjacent reels synchronise at random. The reels will both have the same order of symbols when they land, potentially leading to a winning cluster of symbols.

A Charlie Mega symbol may land on Cleo's Columns at any time. This is a giant 2x2 mega symbol that is held during cascades. After winnings including this symbol have been paid out any low-paying symbols that touch the Charlie Mega Symbol are destroyed, allowing for a cascade.

This symbol will then turn into a Mega Wild and substitute for all symbols except the scatter symbol.

Between 5 and 8 Flying Scarab Wilds may fly onto the game grid randomly at any time. These special wild symbols will substitute for all symbols except for scatters.

Cleopatra may summon a snake on any non-winning spin. This will see a snake appear and slither along the grid, highlighting a chain of symbols. A number of the symbols highlighted by the snake will be destroyed whilst others will transform into matching symbols.

Whatever win multiplier players were on during base gameplay is carried over into free spins, however, this time the win multiplier can climb as high as 10x as opposed to just 3x. Multipliers do not reset between rounds during the free spins.

In addition to the above Cleo's Columns feature is always active on every free spin and Flying Scarab Wilds and Serpent's Trail can also be triggered at any time. 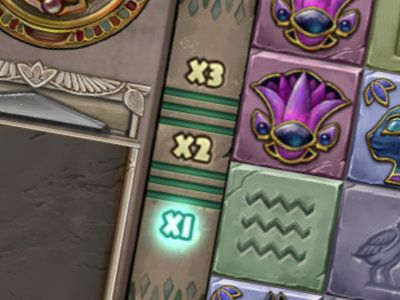 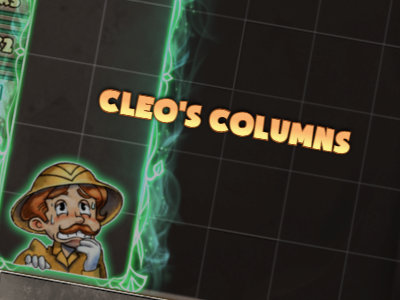 Cleo's Column is a feature that can activate at any time during base gameplay and free spins, it will see two adjacent reels synchronise at random. 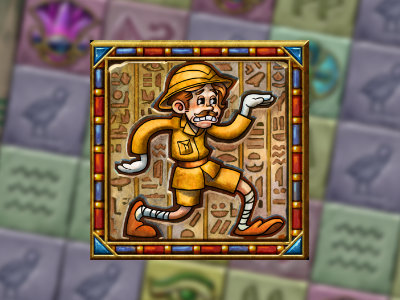 A 2x2 Charlie Mega symbol may land on Cleo's Columns at any time, this symbol is held during cascades and will see any low paying symbols around it explode. 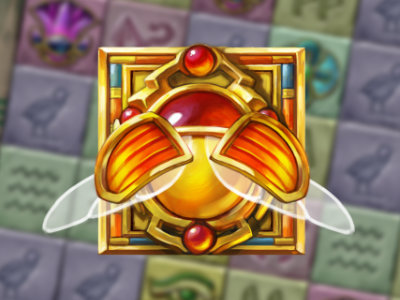 At any time during base gameplay or free spins between 5 and 8 Flying Scarab Wilds may fly onto the game grid randomly leading to a number of winning clusters. 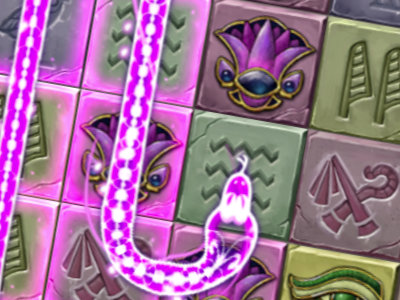 Cleopatra may summon a snake on any non-winning spin. This snake will slither around the reels highlighting symbols, some of these symbols will be destroyed and removed from the grid. 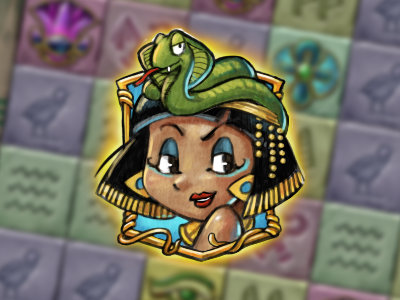 Players will receive 8 free spins upon landing 3 scatter symbols anywhere on the grid. The game's maximum win multiplier will rise from 3x to 10x during this bonus and all spins will see Cleo's Columns active.

Curse of Cleopatra is the third game in the iconic Charlie Chance series developed by Play'n GO. This wonderfully designed Egyptian-themed slot boasts cluster pays mechanics and can see players benefit from no fewer than six different bonus features and mechanics! These bonus features and mechanics include increasing win multipliers, mega symbols, synchronised reels, random wilds and of course free spins that can see players win up to 5,500x their stake!

Who doesn't love Charlie Chance? This lovable fool is always getting himself into spots of bother no matter where he goes. This time he's accidentally awoken none other than Cleopatra from her 'eternal' slumber whilst on holiday taking a tour of the Pyramids!

Naturally, Cleopatra is pretty upset... Nobody likes being woken up, do they? As a result, Cleopatra is going after Charlie, trying to put a myriad of curses on the poor guy... It's down to us, the players to turn around old charlie's fortunes.

We thought Play'n GO had truly nailed it in 2020 when they released Charlie Chance in Hell to Pay, but we were wrong... They've truly hit the mark this time with Curse of Cleopatra, this game is absolutely fantastic in terms of design! We've always been critical of how many Egyptian-themed slots are out there right now, but today we have nothing bad to say about this ancient slot.

In terms of symbols, both the high paying and low paying symbols are ancient Egyptian hieroglyphs. The special symbols include a scarab wild, Cleopatra scatter and a Charlie Chance Mega symbol.

Even the soundtrack in Curse of Cleopatra is significantly better than most competing Egyptian-themed slots, it's been given a bit of a jazzy spark, especially during the bonus features. All in all, we have to give Curse of Cleopatra full marks in all respects when it comes to design!

Curse of Cleopatra is pretty much your typical cluster pays slot, to the left of the game grid is an increasing win multiplier and an area that display your wins as and when they come.

In terms of navigating the slot, all of the buttons can be found on a stylised action bar that runs along the bottom of the game screen, this is ordered the same as any normal Play'n GO slot, so if you've played one before you'll know what's going on here.

This medium volatility slot has a default RTP of 96.25% and boasts a maximum win potential of 5,500x the player's stake. It's quite possible to pick up some big wins during base gameplay thanks to the increasing win multiplier and other bonus features that regularly trigger randomly trigger before the free spins do. When these spins do kick in you're pretty much sure to get some large wins due to the fact that the win multiplier is driven up to a maximum of 10x.

We're pretty big fans of Charlie Chance here at Slot Gods, he's without a doubt one of the most likeable slot mascots going and he never fails to put a smile on our face... So the addition of a brand new Charlie Chance slot is always welcome in our eyes! There are more than enough thrilling bonus features and mechanics to keep any avid slot enthusiast engaged.

Play Charlie Chance and the Curse of Cleopatra