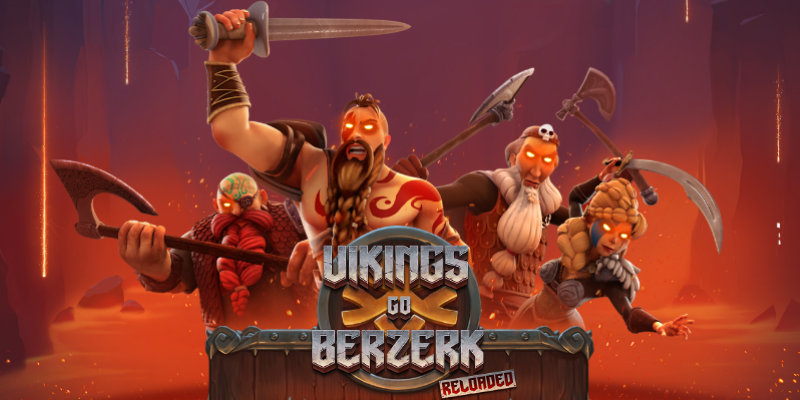 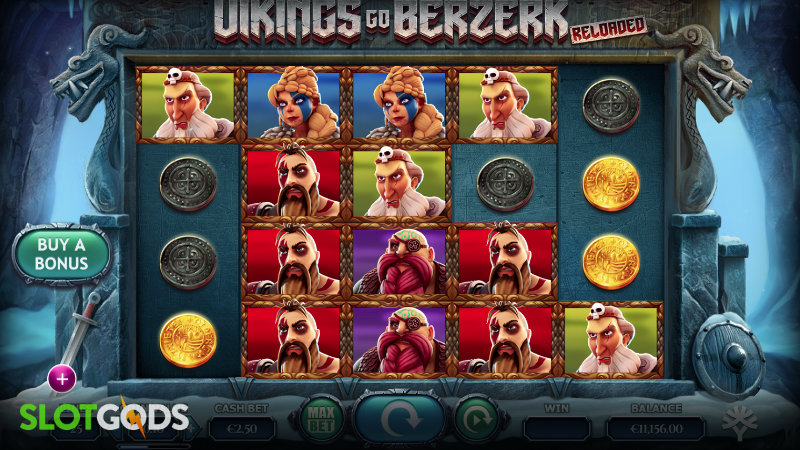 Are you a fan of 2016 slot Vikings Go Berzerk? Oh boy, do we have some good news for you! The genius team at Yggdrasil have rebooted this action-packed Viking-themed slot and have given it a real shot in the arm, boosting wins from 4,000x to a hair-raising 25,000x the player's stake! If you're after something exciting this 5-reel, 25 payline title is for you!

This game is essentially a streamlined version of the 2016 slot. Aside from a graphical update and being set somewhere different, Vikings Go Berzerk Reloaded has completely removed the rage meters that made this game so popular and has instead boosted the free spins bonus to include generous wild multipliers, leading that sought-after 25,000x top prize.

Vikings Go Berzerk Reloaded is certainly worth a spin or two! It's a bit of a departure from the original, having lost the rage meter... But that's just a small price to pay considering that instead players are treated to a win potential 21,000x higher than the original!

The following online slot sites have been vetted and audited by Slot Gods to ensure they offer an exceptional user experience, are trustworthy, safe, secure, and boast the best variation of online slots in their portfolio including Vikings Go Berzerk Reloaded.