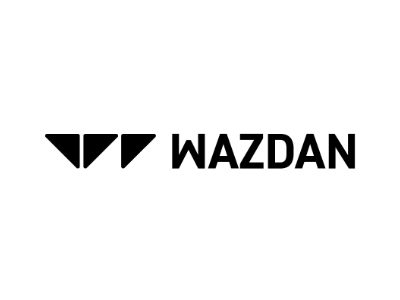 Over the years this popular studio has rolled out slots featuring a Hold the Jackpot bonus, Volatility Levels, Ultra Fast Mode and Lite Mode, all of which have proven incredibly popular with players. Wazdan has also created a number of fantastic online slots including Choco Reels and Lucky 9.

If you're looking to play some of the best Wazdan slots then look no further. We've personally spent months playing all of the titles Wazdan has to offer, digging deep into every aspect of what makes these games great.

All of the games shown below are ones we consider worthy of being called the very best Wazdan online slots.

Searching for new Wazdan online slots? We understand the importance of variety when it comes to playing at your favourite online casinos, and that's why it's vital to keep on top of each and every new slot release.

We're proud to bring you a comprehensive list of new Wazdan online slots that have been thoroughly playtested and reviewed. We can confidently confirm these slots are safe, reliable and most importantly, enjoyable to play.

Below you'll find a complete list of Wazdan slots in alphabetical order. Click on a slot to find out more about it and play for free or real.

Stay up-to-date with what's coming soon from Wazdan! We've managed to get exclusive early access to some of Wazdan's best new upcoming slots and are sharing them with you right here.

Are you looking for the best slot sites to play Wazdan titles? The expert team here at Slot Gods have scoured the internet to find a collection of online casinos that are more than worthy of your patronage.

Not only will you find all of the Wazdan titles here, but you'll also have a great time playing them with the assurance that your funds and winnings are safe and secure.

Wazdan was formed in 2010 in Malta after a prominent group of iGaming industry experts came together to create a brand new company capable of breaking into the growing market. The company were initially known as Server Based Solutions.

A brief history of Wazdan

Deciding to put most of their eggs in one basket, they created a whole host of high-quality online slot games that are known for their stunning visual graphics and innovative bonus features. However, they have on occasion released a handful of table games.

Wazdan has a strong portfolio of titles, however, it’s clear to us that their focus is on the technology behind the slots, just as much as it is on releasing new ones. On average Wazdan releases one new game a month, we’re always keen on seeing more new games from exciting young developers such as these guys.

These games have proved a huge hit with players and industry experts alike, winning the studio a number of awards over the last few years, these include:

Many avid slot enthusiasts know that each slot has unique volatility that cannot be changed and that can sometimes alienate a certain type of player. The creative minds at Wazdan decided to change this with their original Volatility Levels™ mechanic.

This allows players to modify the volatility of their games meaning they can experience more frequent (but smaller wins) or less frequent (but larger) wins… Or if they really want, somewhere in between the two!

In addition to Volatility Levels™, Wazdan also created the immensely popular 'Hold the Jackpot' feature which sees players receive 3 respin when triggering the bonus. These respins reset every single time a new symbol is added to the game reels.

Whilst respin mechanics are incredibly popular at the moment, Wazdan brought originality to this mechanic with four legendary jackpots of Mini, Minor, Major and Grand! We recommend trying out Sizzling Moon™ and Sizzling Bells™ to see this mechanic in action.

A selection of Wazdan slots also features Ultra Fast Mode, which allows players to make spins incredibly quickly, as opposed to waiting for the spin to finish. However, this feature is no longer viable in jurisdictions such as the United Kingdom where spin time is regulated.

For players who may live somewhere where their internet connection isn’t the strongest, Wazdan has created Ultra Lite Mode which allows players to enjoy a somewhat less intensive version of the game without causing any connectivity issues.

Check them out for yourself

The best thing to do is see the majesty of Wazdan for yourself with their games. If you are in the mood for mythical slots, try out Power of Gods™: Medusa.

Wanting something a little tastier? Look no further than the iconic Choco Reels™! There is something out there for everyone with Wazdan.