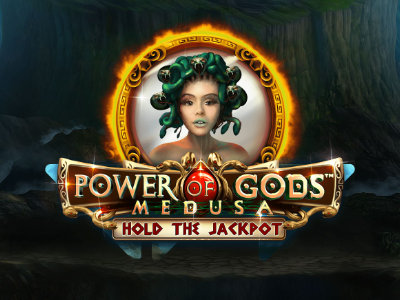 You can truly understand the Power of Gods with the next instalment that follows one of the most famous Gorgons Medusa. Developed by Wazdan, Power of Gods™: Medusa plays on 5-reels with 10 paylines and features adjustable volatility.

The iconic Hold the Jackpot feature is back that triggers a respin feature giving you the chance to win on one of the fixed jackpots. See if you can take on Medusa and reclaim the treasure for yourself in Power of Gods™: Medusa.

“ Worth a spin for Wazdan's amazing adjustable volatility ”

Jump straight into the action and play Power of Gods™: Medusa now at the following fully licenced UK slot sites. These slot sites have been thoroughly audited and reviewed by the team here at Slot Gods to ensure they offer an exceptional user experience, are trustworthy, safe, secure, and boast the best selection of online slots in their portfolio including Power of Gods™: Medusa...

Everything in this slot revolves around the Hold the Jackpot feature that is triggered by landing 6 bonus symbols that have cash symbols attached. Once you do this, you'll open the respin feature that gives you 3 respins and resets with every symbol that lands on the reels.

This feature ends when you fill the reels with symbols or run out of respins. During this feature, there are three fixed jackpots that include Mini, Minor and Major worth 20x, 50x and 150x your stake. Medusa, Mystery and Medusa Mystery symbols may land during the bonus feature.

Mystery Symbol can transform into other bonus symbols such as the Mini, Minor or Major jackpot. If you collect all 15 bonus symbols, then you'll win the Grand jackpot worth 2,000x your stake.

At any random moment, the Sticky Bonus symbols can stick in the base game for up to 9 spins. This gives you a better chance of activating the Hold the Jackpot. 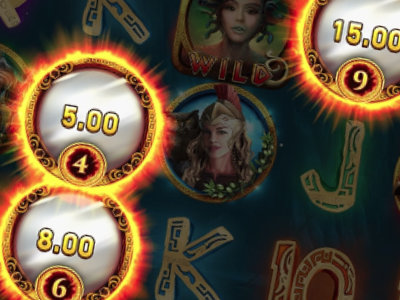 During any moment, a Sticky Bonus symbol can land on the reel and become a sticky symbol for up to 9 spins. This ultimately, gives you a better chance of activating the Hold the Jackpot. 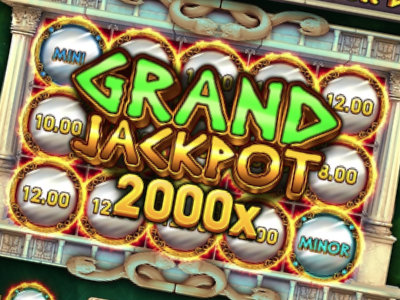 If you land 6 bonus symbols, you'll trigger the respin feature. You'll be given 3 spins that reset with every bonus symbol and you can fill up the reels to trigger the Grand Jackpot.

The visuals are quite impressive when you open up the slot as you'll notice the reels set at the bottom of a grand mountain. Surrounding the sides of the reels, you'll see mist moving around followed by the ocean shifting as well building up a full picture of the environment.

On the reels, you'll see the star herself, Medusa, along with her killer Perseus, Poseidon and Athena. They all have subtle animations on the reels giving them a sense of character on the reels.

Once you trigger the Hold the Jackpot, you'll see an animation cutscene of Medusa followed by the reels surrounded by a green mist.

There's high intensity with the soundtrack as there's a steady beat mixed with various other instruments to create something epic and befitting for this slot.

There's not too much to the core gameplay as it all kicks off with the Hold the Jackpot feature. Once you hit the feature, it's just like any other respin feature but with added bonuses.

At the bottom of the bar, you'll be able to adjust your volatility level, spin and find any relevant buttons you may need.

Firstly, this slot is entirely unique as the player can pick the volatility level that's right for them. Secondly, you'll find that the RTP is at a great level at 96.18%.

During your playthrough, you can win up to 2,500x your stake through the Grand Jackpot that is triggered through the Hold the Jackpot feature.

The Hold the Jackpot feature blends perfectly with Power of Gods as it feels grand in scale and delivers satisfying gameplay. Thankfully, the design is tasteful and gives you an epic story.

Wazdan delivers with ingenious features such as adjustable volatility and an iconic respin feature. Power of Gods is a series not to miss out on, so be sure to check out Power of Gods™: Medusa.

Play Power of Gods™: Medusa now at the following verified UK slots sites. These slot sites are fully licenced and have been thoroughly vetted and reviewed by us to ensure they offer a great user experience, are trustworthy, secure, and have a wide variety of the best online slots in their lobbies including Power of Gods™: Medusa:-