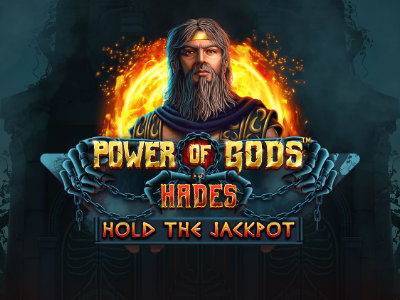 Power of Gods: Hades is a 5-reel, 243 ways to win slot from Wazdan that boasts an adjustable speed and volatility, meaning you set the pace in this epic mythical-themed game. There are no free spins here, just bonus symbols and a special Hold the Jackpot bonus feature that sees normal symbols taken out of the game for 3 resettable re-spins, giving players the chance to boost their bankroll by landing as many high-value special symbols as possible.

Jump straight into the action and play Power of Gods™: Hades now at the following fully licenced UK slot sites. These slot sites have been thoroughly audited and reviewed by the team here at Slot Gods to ensure they offer an exceptional user experience, are trustworthy, safe, secure, and boast the best selection of online slots in their portfolio including Power of Gods™: Hades...

Players can opt to try and double their winnings on each and every winning spin by pressing a small x2 button above the stake selection tools.

Players must pick one of two options, each time they get it right they can try again to further double their money.

If they make the wrong choice then all of the money won is lost.

During base gameplay, bonus symbols may land on the reels appearing as sticky symbols. These symbols will have a number on them that counts down from 5, decreasing with each spin... This number represents how long each bonus symbol will remain sticky.

When the countdown reaches 0 the symbol becomes a regular bonus symbol and will disappears after the next spin.

If players manage to land 6 bonus symbols anywhere on the game reels at the same time then they'll automatically trigger the Hold the Jackpot Feature. This sees all non-bonus symbols removed from the reels with the exception of the bonus symbols that activated the feature.

Players are given 3 re-spins in which new bonus symbols can land, there are new symbols that can land on the reels, these are blue fireball symbols, mystery symbols and a Hades mystery symbol.

The four jackpots that can land will vary in value depending on the stake you're playing at, with the largest jackpot sitting at 3,000x the player's stake.

Whenever one lands on the reels they'll also become sticky, filling up one of the symbol spots... In addition to this, the re-spin meter is reset back to 3 spins.

The bonus will end whenever all of the re-spins are completed or when all 15 spots on the reels are filled up with bonus symbols. 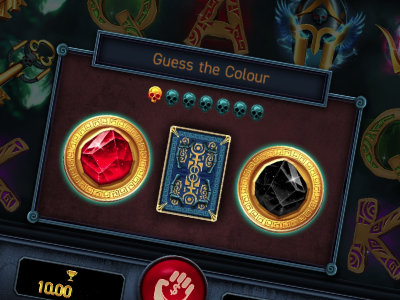 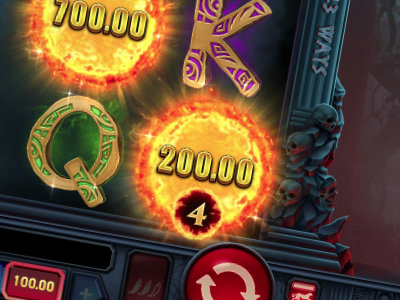 Bonus symbols may land on the reels as sticky symbols, these will have a counter on them that counts down from 5, meaning they stay in place for 5 spins of the reels. 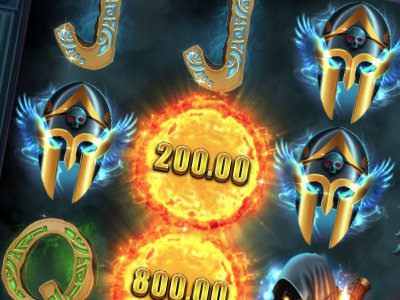 Upon landing 6 bonus symbols players will receive 3 re-spins (that reset upon symbols landing) that only feature bonus symbols. The overall sum of all symbols is paid out at the end of the feature.

Power of the Gods: Hades is a unique 'Hold the Jackpot' game developed by Wazdan which sees players spin this 5-reel, 243 ways to win slot in the hopes of landing sticky bonus symbols and triggering the Hold the Jackpot Bonus. This special bonus feature sees bonus symbols land on the reels, remaining in place for a set amount of spins, paying out their combined value at the end of the feature.

Naturally, any online slot that's based around Hades, God of the Underworld, is going to be dark, dingy and pretty gothic... And that's exactly how we'd describe this mythical-themed slot.

The game is set deep in the underworld with a monolithic set of reels that are surrounded by shadows and thorns, not exactly the most inviting to those with a nervous disposition. The low paying symbols in this game are J, Q, K and A whilst high paying symbols include a helmet, a staff, a key, Cerberus, the three-headed watchdog of the Underworld and a fearsome hooded figure with glowing eyes.

The soundtrack fits like this game like a glove, players are treated to a high-octane drum-led orchestral piece that sets the tone and builds up anticipation as spins begin to get more and more serious, especially during the Hold the Jackpot bonus.

This game plays quite differently from most new online slots we've come across this year, and you know what... We loved it! Power of Gods: Hades features no free spins feature, everything in this game revolves around bonus symbols which ultimately lead to the Hold the Jackpot bonus.

All of the buttons needed to play this slot including game settings, stake selection and the paytable can be found on one large action bar at the bottom of the game screen.

Whilst the game's maximum win is only 5,000x the player's bet, we found this adjustable volatility slot to be very generous and we genuinely recommend giving it a spin. With an RTP of 96.14% and a brilliant Hold the Jackpot bonus that we managed to trigger a handful of times during our gameplay session, we found ourselves doing quite well when playing Power of God: Hades. On the occasion, we were daring enough to use the gamble button it actually allowed us to further extend our bankroll.

We love what Wazdan have done with Power of Gods: Hades, it's another example of a brilliant slot that doesn't require traditional features to keep us entertained. The fact we can adjust our volatility and game speed really upped the ante as well.

Being able to set the pace of the game ourselves saw us flying on the seat of our pants, but in the best way possible, especially considering we were picking up regular wins thick and fast.

Play Power of Gods™: Hades now at the following verified UK slots sites. These slot sites are fully licenced and have been thoroughly vetted and reviewed by us to ensure they offer a great user experience, are trustworthy, secure, and have a wide variety of the best online slots in their lobbies including Power of Gods™: Hades:-