Juicy Reels is a 6-reel, 20 payline fruit machine-themed slot developed by Wazdan that attempts to put a modern spin on a classic concept. This bright and vibrant game has the ability to allow players to set their own volatility and can see players trigger up to 30 free spins with tripled wins on each and every spin!

Jump straight into the action and play Juicy Reels now at the following fully licenced UK slot sites. These slot sites have been thoroughly audited and reviewed by the team here at Slot Gods to ensure they offer an exceptional user experience, are trustworthy, safe, secure, and boast the best selection of online slots in their portfolio including Juicy Reels...

Juicy Reels can see players can trigger up to 30 free spins during base gameplay. Landing 3, 4, 5 or 6 scatter symbols will trigger 15, 20, 25 or 30 free spins respectively. Every single win that is triggered during the free spins bonus is tripled thanks to a generous 3x multiplier!

The only other feature this game boasts is adjustable volatility, admittedly it's not a feature directly linked to Juicy Reels bonuses or mechanics, but it's still incredibly important and well worth utilising. 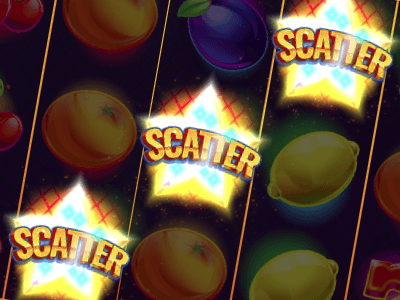 If players manage to land 3, 4, 5 or 6 scatter symbols they'll trigger 15, 20, 25 or 30 free spins respectively. Every single win that's triggered during the free spins bonus is tripled! 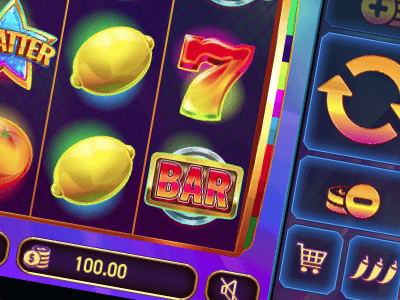 Players can adjust the volatility of this slot before they begin spinning the reels so that they can play the way they're comfortable. There are three volatility levels low, medium and high.

Juicy Reels is a sleek 6-reel, 20 payline fruit machine-themed slot developed by Wazdan. This popular slot takes an old and tired concept and gives it a facelift and 21st-century spin.

Players can benefit from wilds and scatters that can see them pick up 30 free spins with tripled wins! If this wasn't quite enough for you then get this, Juicy Reels boasts adjustable volatility levels, so you can play your own way!

This is quite a bland game in terms of design which actually comes as a little bit of a surprise to us. This is because Wazdan is a studio known for its innovative and 'out there' slot games that don't usually follow ordinary design conventions.

Juicy Reels is everything you'd expect from a game that's attempting to put a 'modern twist' on a classic fruit machine, the reels and action bar combine to look like an original fruit machine whilst some calming colours slowly pass by behind the reels as a calming electro track plays in the background.

We certainly won't deny that Juicy Reels looks (and sounds) nice, but it's just really really boring if we're being brutally honest.

If you've played a handful of Wazdan slot before, you'll most likely know how this game works already... Juicy Reels utilises quite a busy multi-coloured action bar along the bottom of the game reels that keeps in theme with the overall game design.

On the left-hand side of the action bar there's an info button, settings button, sound settings button and another help button that further explains game mechanic and rules.

In the middle of the action bar along the bottom are the different stake settings. and to the right of the action bar is the adjustable volatility button (unique to Wazdan) that allows players to change the game's volatility. Next to that is a large multicoloured play button, autospin and the game speed adjustment button.

This slot has a slightly above average RTP of 96.49%, however, that's unlikely to make up for the fact that players can only win a maximum of 750x their stake, which is pretty drab for a game released in 2019. This game's saving grace is undoubtedly the adjustable volatility that all modern Wazdan slots have.

What you see is what you get with Juicy Reels, it's a good game but nothing more than that. We're never going to complain about receiving 30 free spins with tripled wins, nor are we going to complain about the ability to change the volatility... But ultimately, there's not really that much else going here at all. It's a disappointingly bland slot with some decent features.

Play Juicy Reels now at the following verified UK slots sites. These slot sites are fully licenced and have been thoroughly vetted and reviewed by us to ensure they offer a great user experience, are trustworthy, secure, and have a wide variety of the best online slots in their lobbies including Juicy Reels:-

Enjoyed Juicy Reels? Here's a handful of similar slots we think you'll like too. These online slots have been chosen based on features and themes similar to Juicy Reels. You might also want to check out other Wazdan slots.