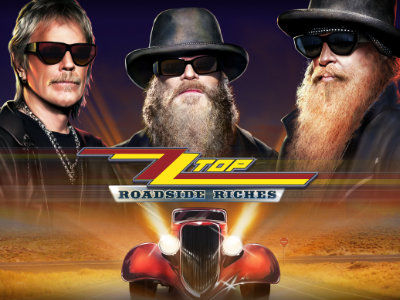 Are you ready to rock and hit the open road on tour with one of the most legendary bands of all time in ZZ Top Roadside Riches? This epic 5-reel, 1024 payline slot is the ultimate slice of Americana. Players can win big thanks to features including two different free spin bonus rounds that can see players win up to 40,000x their stake.

“ You'll be rocking and rolling with this truly awesome ZZ Top themed slot! ”

Legs Wilds can land on the game reels at any time during base gameplay or free spins. When it does land it can remain a standard symbol or it can potentially expand, covering the entire reel with a pair of ladies legs.

Legs Free Spins will see a fully expanded Legs Wild come into play on every spin during the bonus.

Gimme Free Spins will see a Multiplier Gimme Wild (with up to 5x multiplier) land on the reels on every spin during the bonus. 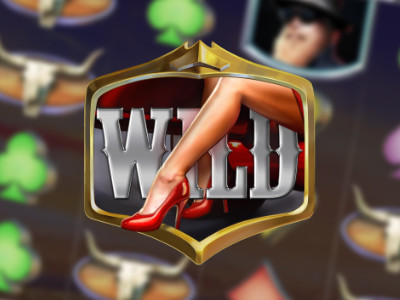 Sometimes Legs Wilds will land on the reels, these can act as standard wild symbols or can expand filling entire reels. 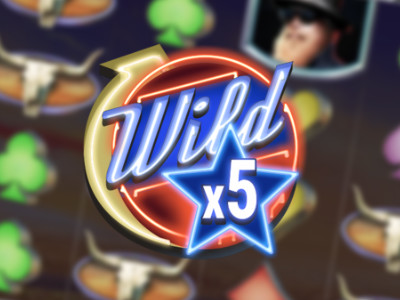 Sometimes Gimme Wilds will land on the reels, these can have up to 3x multipliers during base gameplay and 5x during Gimme Free Spins. 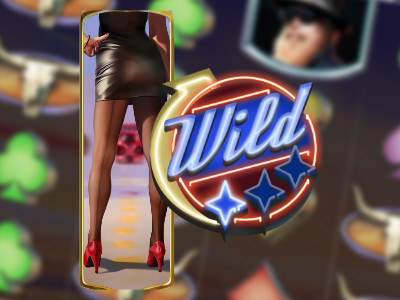 Are you ready to hit the open road with one of the world's most legendary rock bands, ZZ Top? This awesome 5-reel, 1024 payline branded slot is inspired by the Texan rock band and is filled with generous bonus features such as free spins, expanding wilds, and multiplier wilds. With plenty of clever nods to the 1980s rock n roll Kings and the opportunity to win a massive 40,000x your initial stake, why wouldn't you hit the reels of this badass slot?

ZZ Top Roadside Riches is loosely based on their hit 1983 album Eliminator, which features a gorgeous red 1933 Ford coupe Eliminator on the album cover... If you look closely at the game screen you'll just about spot this famous car on the side of the road, parked in front of the Sharp Dressed Man diner (which is appropriately named after the most popular song from the album).

The reels are as traditional as they come, designed to look somewhat like the front grill of a hot rod (for those unaware, this is a classic American car that has been rebuilt or modified with a large engine).

The six low paying symbols are your standard spade, club, heart and diamond as well as a Texas longhorn skull and a signature pair of ZZ Top sunglasses that you'd often see vocalist Billy Gibbons and guitarist, the late Dusty Hill wearing on stage.

High paying symbols are the three main band members, Billy Bioons, Dusty Hill and Frank Beard (who ironically is the only member of the band not to sport a huge beard). Special symbols in ZZ Top Roadside Riches include a ZZ Top keyring as the scatter, a ladies leg as the wild symbol (which can expand to reveal a long pair of legs), a neon Gimme Wilds wild.

In terms of sound, this game is onto a winner... Players are treated to ZZ Top's greatest ever hit, Sharp Dressed Man (what else did you expect?), we don't even mind that this song is played on repeat throughout the duration of your gameplay because it's an absolute banger!

Like most Play'n GO slots, this game is pretty easy to get the hang of. All of the game's buttons are found on an action bar at the bottom of the game reels.

From left to right there's a large orange info button that brings up the game rules and paytable, a set of buttons featuring various game stakes, a large green play button and a smaller orange autospin button.

This awesome medium/high volatility rock n roll slot has an RTP of 96.20% and a maximum win potential of 40,000x the player's stake, which is certainly worth going for!

Not only does this slot and sound fantastic, but it's delightfully simple to play... And you know what, we love ZZ Top Roadside Riches for that! This game is perfect for those who have a soft spot for the bearded band, or those who just want a gentle introduction into the world of online slots. Get ready for the trip of a lifetime!