Thunderstruck II is a 5-reel, 243 payline cult-classic developed by Microgaming that's based around Norse mythology and iconic Viking Gods Valkyrie, Loki, Odin and the God of Thunder, the mighty Thor! This slot is most famous for its epic Great Hall of Spins feature that can see players trigger four different free spin bonus rounds, each based on the legendary Norse Gods.

“ Cult classic Thunderstruck II might be old but you'd be a fool not to try it! ”

Jump straight into the action and play Thunderstruck II now at the following fully licenced UK slot sites. These slot sites have been thoroughly audited and reviewed by the team here at Slot Gods to ensure they offer an exceptional user experience, are trustworthy, safe, secure, and boast the best selection of online slots in their portfolio including Thunderstruck II...

Thunderstruck II has two main bonus features to talk about. Firstly we have the Wildstorm Feature, this is a randomly triggered bonus that sees Thor, the God of Thunder, fly down from the clouds and cause a storm, turning up to 5 game reels completely wild, meaning there are plenty more wins to be found across the 243 paylines.

Secondly, If players land 3 or more scatter symbols anywhere on the game reels then they'll trigger the Great Hall of Spins feature, a multi-level free spins bonus that gets better and better as more free spins are triggered. The levels are as follows: 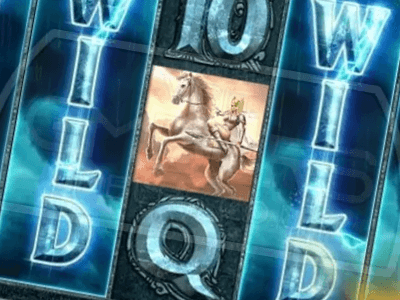 The Wildstorm feature is a randomly triggered bonus that sees Thor, the God of Thunder, fly down from the clouds and cause a storm, turning up to 5 game reels completely wild. 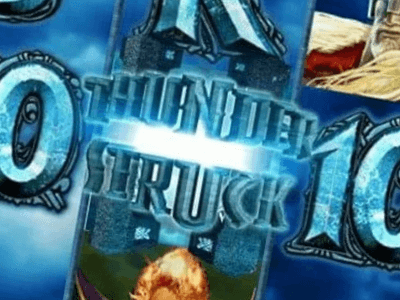 The Great Hall of Spins

If players land 3 or more scatter symbols anywhere on the game reels then they'll trigger the Great Hall of Spins feature, a multi-level free spins bonus that gets better and better as more free spins are triggered.

Thunderstruck II is a 5-reel, 243 payline Viking-themed slot developed by Microgaming that follows the 2004 classic Thunderstruck. This cult title is highly regarded as one of the most popular slots to ever be released at online casinos.

This game revolves around the Great Hall of Spins free spin feature that has four different free spin bonus rounds based on Norse gods Valkyrie, Loki, Odin and of course the mighty Thor!

For a slot that's over a decade old, we're pretty impressed with how Thunderstruck II looks, the game is distinctly Nordic, with intricate patterns weaved into the outside of the reels.

The music is exactly what you'd expect from a mythical slot. An orchestral score plays on repeat throughout gameplay. It's nothing spectacular, but it does a job and we can't complain.

Watch out for some pretty wild animations during the Wildstorm feature in particular, when this bonus hits the God of Thunder himself fly down onto the reels from way above the clouds causing a storm.

This 243 payline slot couldn't be easier to play. The game has a watch-style action bar running down the right-hand side of the reels. In the centre of the action bar is the spin button, above that is a turbo button (which allows for faster spins) and an autospin button (that allows players to set up to 100 automated spins).

Below the spin button there's a coin button that allows players to set their stake to anywhere between 0.30 and 30. Finally, we have a hamburger menu that opens up another menu displaying buttons for the game settings and paytable.

It's really not at all difficult to see why this medium volatility slot was so popular with players back in the day! Thunderstruck II has an above-average RTP of 96.65% and a fantastic maximum win potential of 8,000x the players' stake, which even over a decade on from the game's release is good!

This game is old, but gold! We appreciate it doesn't look as new and shiny as some of the best new online slots do nowadays, but it's absolutely worth playing. The free spins bonus features are especially rewarding, especially when you unlock the later levels.

Play Thunderstruck II now at the following verified UK slots sites. These slot sites are fully licenced and have been thoroughly vetted and reviewed by us to ensure they offer a great user experience, are trustworthy, secure, and have a wide variety of the best online slots in their lobbies including Thunderstruck II:-

Enjoyed Thunderstruck II? Here's a handful of similar slots we think you'll like too. These online slots have been chosen based on features and themes similar to Thunderstruck II. You might also want to check out other Microgaming slots.