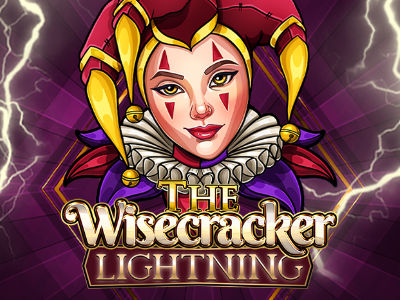 Everyone loves a good fruit machine slot, and Red Tiger Gaming has delivered with The Wisecracker Lightning. This 5-reel, 10 payline slot brings the simplicity of fruit machines and combines it with modern mechanics.

With Super Symbols and Random Multipliers, you'll be looking at a win of up to 9,500x your stake in no time with this high volatility slot. If you love traditional fruit machine slots mixed with some modern essentials, then you'll definitely love The Wisecracker Lightning.

The Wisecracker Lightning doesn't have a huge amount of features, but the ones that are here are pretty decent. It all begins with landing a stack of 3 symbols that turn into Super Symbols (huge symbols filling up the reel). If you land two Super Symbols on adjacent reels, this will merge the two together for an even bigger symbol.

Once you land Super Symbols, they land and stick for the following spin. They remain locked on the reels as long as there is a new matching Super Symbol appearing on the reels. At any time, a nudge may randomly appear when landing a stack of 2 symbols to turn the symbols into a Super Symbol.

At any moment, lightning can strike to leave a random win multiplier on any Super Symbol with each lightning strike increasing the multiplier. 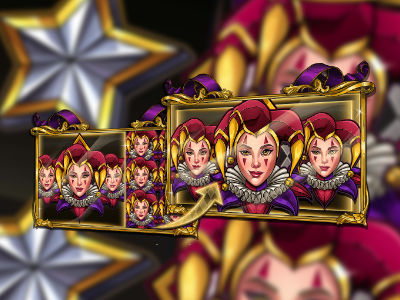 If you land a stack of 3 symbols, then they'll turn in Super Symbols that literally fill up the reel. These symbols stick and remain locked as long as you land additional Super Symbols. 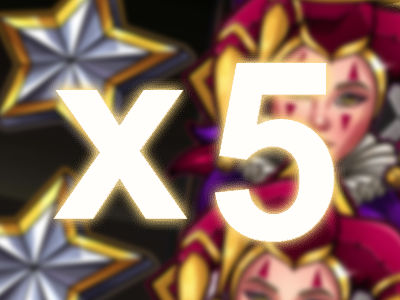 During any random moment, a lightning bolt can strike onto the reels and leave a random win multiplier on any Super Symbol. This multiplier increases with every lightning strike!

There's no denying that fruit machine slots are a staple within the online slot community and have a dedicated following. They have been making a huge comeback within the iGaming community with many developers trying to reinvent them. Red Tiger Gaming's The Wisecracker Lightning is a fruit machine slot that features modern staples to improve the gameplay even more.

Playing on 5-reels and 10 paylines, The Wisecracker Lightning is a high volatility slot that features stacked symbols and random win multipliers to win up to 9,500x your stake. If you love traditional fruit machine slots with a modern edge, then this is the slot for you.

As you open up the slot, you'll notice a vibrant background adorned in red with various diamonds in the patterns to showcase a jester theme. The reels themselves are based on a black screen with a golden trim surrounding them. Overall, the design of the slot isn't anything spectacular but it looks clean and polished.

On the reels, you'll notice traditional symbols such as fruit, stars and bells which really emphasise the traditional fruit machine theme. However, the symbols actually gain in size and change to gold silhouettes throughout spins to change it up a bit.

The star of the slot is the female jester who appears with a red and gold jester hat alongside a red and purple outfit. It's very fitting for the slot and adds a lot more character to the slot.

Before you even spin, you'll hear a steady drumbeat mixed with a violin to create the sort of music you'd expect in a renaissance festival. During spins, you can expect the typical fruit machine sounds that are not too overbearing but build up during wins for more excitement.

As previously mentioned, the slot plays on 5-reels with 10 paylines and features a minimal amount of features. If you are a newcomer to online slots, then you'd be able to pick up and play this slot fairly easily in terms of the gameplay.

Like most Red Tiger Gaming slots, the spin button can be found at the bottom right of the screen with the bet level and autospin to the left side of it. Above the reels, you'll notice further menus such as sound or further instructions on how to play.

Unfortunately, the RTP of this slot is a little lower than we'd like at 95.75% which is under the acceptable standard of 96%. The Wisecracker Lightning is a high volatility slot which means you can expect bigger wins but less frequently. It's advised that you prepare before playing the slot and ensure that you have the bankroll to sustain your gameplay.

In terms of the maximum win, you can win up to 9,500x your stake through the multiplier and Super Symbols. We found that we landed Super Symbols fairly often, but didn't experience any colossal wins during 200 spins on demo mode which is something to be aware of.

The Wisecracker Lightning is a thoroughly entertaining slot that will appeal to most fruit machine players. Whilst the slot does contain modern features, they aren't too overwhelming or too drastic that traditional players will be put off.

Overall, the design and gameplay are appealing with the win potential being pretty decent. The only real issue is the low RTP of 95.75% which we'd prefer to see at a minimum of 96%. Of course, if you love playing classical fruit machine slots with some additional features and a high volatility level, then The Wisecracker Lightning is definitely the slot for you.