Telly Reels™ is a 5-reel, 20 payline slot developed by Wazdan themed around an old-school TV. This retro slot is absolutely full of lucrative bonus mechanics and features. Players can collect stars to trigger Telly Bonus Spins that see sticky wilds added the reels, there's also a free spins round that can feature different modifiers such as multiplied wins, additional spins and random wilds based on the outcome of a wheel of fortune. Telly Reels includes a feature buy button AND gamble feature button.

“ Feel nostalgic with this fun, throwback slot full of exciting mechanics and references ”

Telly Reels™ offers a pretty comprehensive and very lively set of bonus features for players to set their eyes on, there's always something to keep tabs on, as the main bonus can be triggered multiple ways.

The main feature is the Telly Bonus Spins, which is the slot's free spin bonus round. This is triggered when at least 3 scatter symbols land anywhere on the reels, activating a total of 10 free spins. However, once you're in you may see a symbol that indicates you've received an additional 3 free spins.

Before you start your free spins bonus a mini bonus game is activated, this determines which additional bonus mechanics are active during the free spins bonus round, these can be any the following:

Rather than landing the scatter symbols players can also trigger the Telly Bonus Spins by collecting stars to fill up a bonus matrix table that can be found to the right of the reels. Below the bonus matrix table are a number of sliders that move on each and every spin. These sliders determine where five locked wild symbols will be during the bonus.

If all 5 sliders are in the same position then a random prize will be awarded to the player which can be up to 10x their stake. 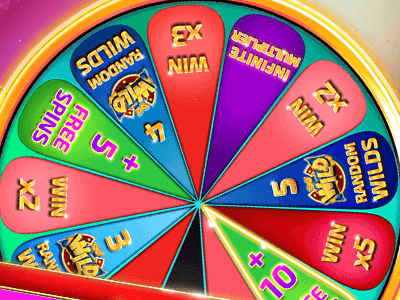 There are two different ways players can trigger Telly Bonus Spins, once triggered a wheel of fortune will begin awarding players up to a minimum of 10 free spins with a random multiplier in place. 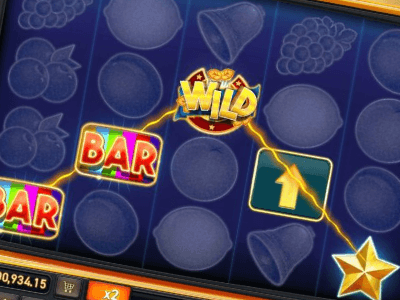 Sliders move up and down on each and every spin, if players trigger Telly Bonus Spins via the bonus matrix table they'll have 5 locked wild symbols on the reels in the same position as the sliders.

Telly Reels™ is a 5-reel, 20 payline slot from Wazdan that gives players a true throwback feeling, this strange retro slot is designed to look like an old-fashioned television set you'd have seen back in the 1970s and 80s.

The team behind this slot have managed to successfully combine old and new, bringing a host of exciting modern online slot features to the fold, with a bonus wheel, random wilds up to 5x and an infinite multiplier all there to be enjoyed.

Telly Reels™ has plenty of moving parts and is pretty intricate. The game reels are set into the screen of an old-style television set, the bonus feature tracking mechanisms are built into where the buttons would be on the set and the game's action bar is built into what would have been a video cassette recorder.

Behind the reels there's a generic starry sky with brightly coloured neon lights in each corner, it doesn't really fit with the overall style of the game, but it's not at all ugly and just about fits the colour-scheme.

In terms of symbols, everything you see is an ode to classic slot machines. Low paying symbols are fruits, you have a plum, orange, lemon, grape and cherries. High paying symbols include a bell, 7, bar, wild and bonus wheel scatter.

One thing we have to complain about is the soundtrack, unfortunately, players are subjected to the same short track on an infinite loop, even during spins and bonus features. It's incredibly dull and does very little to boost gameplay.

As mentioned, everything to do with this game is built into the unique old-school television design, the main action bar is set into an old video cassette player.

The game and system settings can be found on the far left-hand side of the screen, the stake settings (which can see players bet between 0.20 and 50) are in the middle, whilst the volatility and game speed can be set to one of three levels via buttons on the far right-hand side alongside the play and autoplay buttons.

Telly Reels™ is unique in the fact that it offers players the opportunity to set their own volatility, like other new Wazdan releases, so you can actually decide how you want to play this game. If you have a smaller bankroll and want to make your gameplay last longer then keep the volatility low, if you want to experience some big wins over time then ramp it up a couple of notches!

This, coupled with a decent RTP of 96.19% and a maximum win potential of x1,400 make this game worth a spin or two. Yes, it might not have the world's largest maximum payout by any means, but this game's unique adjustable volatility, you can make it play and pay your way, which is a huge bonus in our eyes.

We have to admit, Telly Reels™ is a bit full-on at first glance, but don't let that put you off! This game has some absolutely fantastic bonus features that make it well worth playing on its own. The maximum win potential is a bit low, but if you're looking for a game that mixes it up a little bit with unique features and mechanics then you'll be hard-pressed to find something more unique and intricate than this Wazdan slot.

Play Telly Reels™ now at the following verified online slot sites. These slot sites have been thoroughly audited and reviewed by us to ensure they offer an exceptional user experience, are trustworthy, safe, secure, and boast the best variation of online slots in their portfolio including Telly Reels™:-

Enjoyed Telly Reels™? Here's a handful of similar slots we think you'll like too. These online slots have been chosen based on features and themes similar to Telly Reels™. You might also want to check out other Wazdan slots.