Star Clusters Mega Clusters is a truly unique space themed slot that utilises the latest innovation from Big Time Gaming, Mega Clusters! This slot sees winning symbols break into smaller symbols when matching ones are clustered together on the grid. During bonus rounds, the game grid can grow in size to a maximum size of 16x16 rows.

Jump straight into the action and play Star Clusters Megaclusters now at the following fully licenced UK slot sites. These slot sites have been thoroughly audited and reviewed by the team here at Slot Gods to ensure they offer an exceptional user experience, are trustworthy, safe, secure, and boast the best selection of online slots in their portfolio including Star Clusters Megaclusters...

Considering the entire game is focused around the brand new Megaclusters mechanics, there’s not really too much in the way of flashy features bar Rainbow Star Wilds and Gold Rainbow Wilds. The former substitutes for all symbols except Gold Wilds, Gold wilds substitute for all symbols on the game grid.

Of course, Star Clusters Megaclusters as has the obligatory free spins round… And boy, oh boy! The free spins are fantastic when triggered!

In order to kick off the free spins round players are required to register five or more consecutive wins during the standard base game. Players will receive 2 free spins, plus an additional spin every time 5 wins a row are triggered as a result of a free spin.

What’s more, the free spins round is played on a much larger 8 x 8 grid that can open up even further to 16 x 16 if you manage to get the maximum number of Megaclusters. 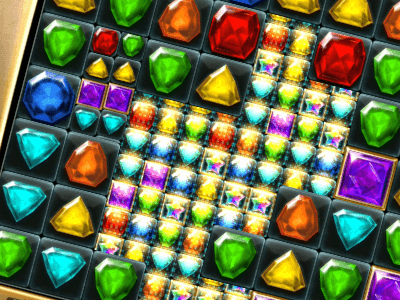 If a Rainbow Star Wild lands on the reels it will substitute for all regular symbols on the grid. 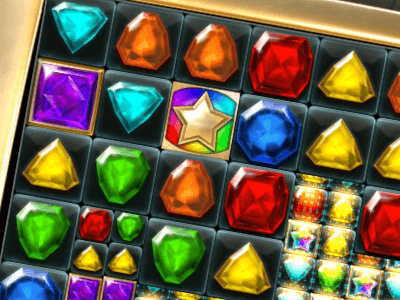 If a Gold Rainbow Wild lands on the reels it will substitute for all symbols on the grid and include a multiplier that climbs by 1x each time a consecutive reaction is registered featuring one. 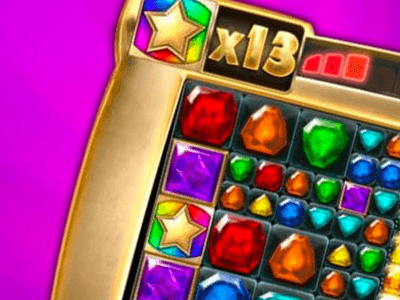 When 5 or more consecutive wins are triggered then 2 free spins are awarded to the player. An extra free spin is awarded for every five consecutive reactions.

Star Clusters Megaclusters is Australian developer Big Time Gaming’s first attempt at recreating the success of the epic Megaways mechanic, but this time rather championing cascading reels it’s all about cluster pays that sees winning symbols break down into smaller symbols creating bigger and better wins!

When it comes to design, this isn’t the most inspiring slot going, however, it certainly is sleek and modern, which is the vibe we think they were ultimately going for. The game’s high-octane techno soundtrack certainly helps reinforce this.

If we were to liken Star Clusters Megaclusters to anything it would be Bejewelled, especially considering all of the game symbols are different coloured jewels that are removed by matching clusters! Had we been shown this game without knowing it was an online slot, we’d have guessed it was actually a knock-off of that classic game.

Star Clusters Megaclusters is played on a 4 x 4 grid that sees wins registered when a cluster of symbols are created as five or more matching symbols are placed together horizontally or vertically next to one another.

As the name suggests, is all about the Megaclusters feature. This unique and exciting feature sees winning symbols split into 4 smaller versions of themselves. If you register a win featuring any of broken down symbols they will completely disappear from the grid and are replaced by brand new symbols (this is similar to the cascading reels in all Megaways titles).

Winning symbols will now split into 4 smaller versions of themselves. Not only that but if you win with the smaller symbols, these are removed and replaced with brand new ones.

This medium volatility slot not only has an agreeable RTP of 95.54% which is just above the average for an online slot game, but it also offers players a very impressive maximum win of 23,960x your initial stake, which sounds very good to us!

It still remains to be seen whether the Megaclusters mechanic will catch on quite like the Megaways mechanic has done. Nevertheless, we’re pretty enthusiastic about this game so far!

The theming could do with a little bit more thought as it is pretty dull, but the game itself (and win potential) is right up there! If you want to try your hand at something a different that could potentially net you some big wins then there’s absolutely no reason not try Star Clusters.