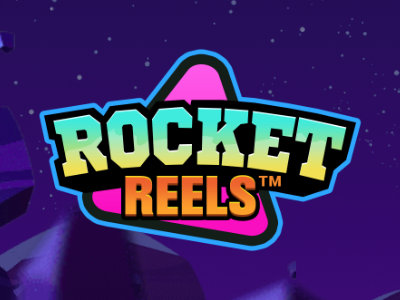 Rocket Reels is a 7x7 Cluster Pays slot developed by Hacksaw Gaming. This high volatility space-themed slot sees players win up to 10,000x their stake by way of Free Spins and lucrative Multiplier Rockets that leave multipliers up to 75x in their wake when they dramatically fly off the game grid and deep into outer-space.

“ Simple, engaging and fun. What more could we ask for? ”

Jump straight into the action and play Rocket Reels now at the following fully licenced UK slot sites. These slot sites have been thoroughly audited and reviewed by the team here at Slot Gods to ensure they offer an exceptional user experience, are trustworthy, safe, secure, and boast the best selection of online slots in their portfolio including Rocket Reels...

Rocket Reels is a cluster pays slot that revolves around the Multiplier Rockets! On every spin there's a chance that rockets will jet off into the sky, leaving a trail of multipliers behind them. In addition to this, there are also UFO's that remove symbols and a very generous Free Spins feature that can see players win up to 10,000x their stake.

If 3 or more Multiplier Rockets are land on the game grid then they'll take off and fly through the air, destroying any symbols they pass on the way up. These rockets will also leave a trail of win multipliers in their wake.

New symbols will cascade onto the grid and any winning clusters which land on them will be multiplied once all of them have been added together.

There are three types of rocket that can land on the grid, each having a different multiplier value:

A UFO may randomly appear on any spin that has seen rockets launch. This UFO will remove between 20 and all of the game symbols from the grid, allowing for new ones to fall into place whilst the multiplier trails remain in place.

If players manage to land 3 astronaut scatter symbols anywhere on the game grid, then they'll trigger 8 free spins in which any rocket symbol that lands will take off, even if there's less than 3. 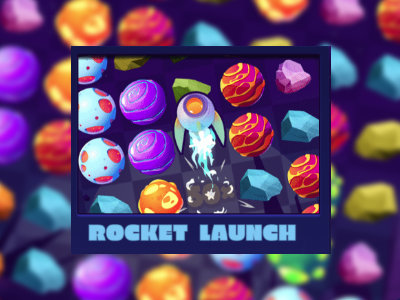 If 3 or more rockets land on the grid during base gameplay (or any during free spins) then they'll take off and fly off the grid, leaving a multiplier trail behind them ahead of a cascade. 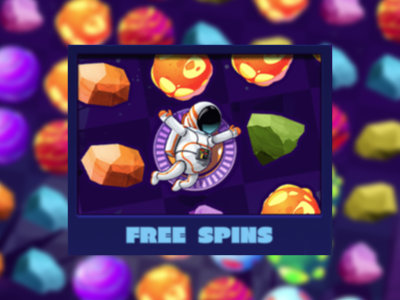 If players land 3 or more scatter symbols anywhere on the game grid then they'll trigger 8 free spins in which rocket symbols can take off at any time.

Explore the outer reaches of our galaxy in Rocket Reels, a 7x7 cluster pays slot developed by Hacksaw Gaming. This epic space-themed slot is all about rocket symbols that take off when 3 or more land on the game grid, removing symbols and leaving a trail of lucrative multipliers in its wake, potentially leading to huge wins! In addition to this players can trigger Free Spins feature which sees players win 10,000x their stake.

Rocket Reels features the same animated art style that a lot of Hacksaw Games have had in the last couple of years, it's very cute and friendly. All of the game's symbols are meteors or distinct planets. Low paying symbols are purple, orange, green, blue and yellow meteors, whilst high paying symbols are all brightly coloured planets. However, the best design element Rocket Reels boasts is without a doubt the rockets and UFOs.

The cheery space-inspired soundtrack was alright, however, it was a bit too cartoonish and felt slightly childish, we do appreciate there's not much else you can do with this kind of slot though.

Ultimately Rocket Reels is your standard 7x7 cluster pays slot. Wins are registered whenever players land a cluster of five or more symbols... The big difference between this slot and others is the Multiplier Rocket which sees symbols removed from the game when the rocket takes off, leaving multipliers in their vacant positions.

In terms of navigating the slot in general, all of the buttons can be found on a black action bar below the game grid. This includes a hamburger menu (where the paytable and game settings can be found), stake selection buttons, a spin button and an autospin button. Players outside of the UK can also utilise the bonus buy feature.

This high volatility slot has a decent RTP of 96.30% and a good maximum win potential of 10,000x the player's stake. The big wins will come by way of the free spins feature the Multiplier Rockets, in particular, Rocket 3 which will leave 25x, 50x, 75x multipliers in its wake.

Rocket Reels is a well-designed game that thoroughly entertained us for the duration of our playthrough. It's a pretty simple slot that manages to get it all right, especially the Rocket Multipliers which had us watering at the mouth whenever they began taking off.

Play Rocket Reels now at the following verified UK slots sites. These slot sites are fully licenced and have been thoroughly vetted and reviewed by us to ensure they offer a great user experience, are trustworthy, secure, and have a wide variety of the best online slots in their lobbies including Rocket Reels:-

Enjoyed Rocket Reels? Here's a handful of similar slots we think you'll like too. These online slots have been chosen based on features and themes similar to Rocket Reels. You might also want to check out other Hacksaw Gaming slots.