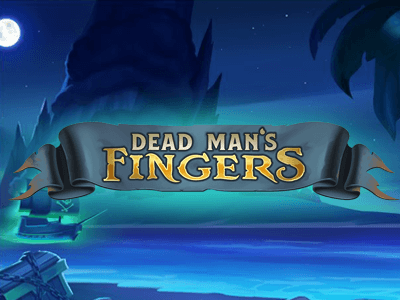 Released in partnership with Yggdrasil, Dead Man's Fingers is developed by G Games and is all about the fingers of a dead pirate. This pirate slot plays on 5-reels with 25 paylines and features medium to high volatility.

With four fixed jackpots and free spins, you'll be rummaging through pirate booty in no time. Pirate fans out there should check out Dead Man's Fingers.

Jump straight into the action and play Dead Man's Fingers now at the following fully licenced UK slot sites. These slot sites have been thoroughly audited and reviewed by the team here at Slot Gods to ensure they offer an exceptional user experience, are trustworthy, safe, secure, and boast the best selection of online slots in their portfolio including Dead Man's Fingers...

“ A plunderful slot only let down by the win potential ”

During the base game of Dead Man's Fingers, money symbols and collect symbols can appear during any spin. If you land all of these together, then you'll gain the money symbols on the reels. These can vary in value but can be worth the larger fixed jackpots such as Mini, Minor, Major or Grand.

There is also compass scatters appearing on reels 2 to 4. If you manage to land 3 of them, then you'll trigger 10 free spins. There are more of the money and collect symbols increasing your chances of landing big wins. 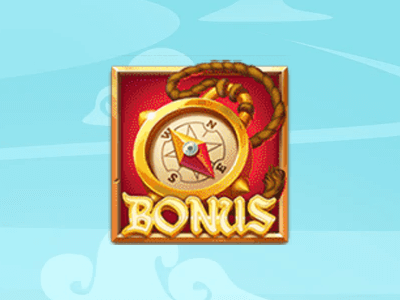 On reels 2 to 4, you'll find compass scatters that can trigger the free spins round. If you land 3 or more, then you'll gain 10 free spins. 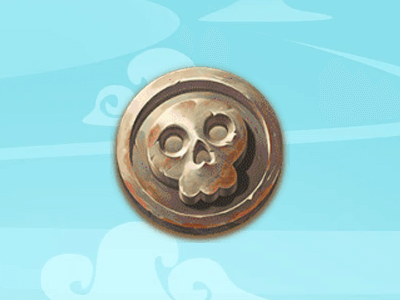 During the game, you'll find coin symbols followed by collect symbols on reel 5. If you land these two together, then you win the amount on the board.

There is a treasure waiting for the brave souls who dare to go into the dreaded pirates' lair. Known as Dead Man Fingers, this pirate is one not to be messed with but there is glorious booty awaiting for those who do.

Developed by G Games in partnership with Yggdrasil, Dead Man's Fingers is a pirate slot that plays on 5-reels with 25 paylines and free spins.

Set on a desert island is where you'll find this slot. There's a pirate ship floating in the background but the real treasure is right on the island.

In the distance, there's a sunken ship followed by crows and other cool details that show a lot of effort has been put into this slot.

The reels contain generic symbols (aside from the pirate himself) which is a little disappointing but not too much of a game-changer.

As this is a pirate slot, you can expect sea shanty music that's both upbeat and unsettling. The overall quality of the slot is excellent in terms of design.

Dead Man's Fingers plays on 5-reels with 25 paylines and there aren't many features attached as well. This slot features free spins and a collect feature that is decent enough.

All the menus needed for this slot are at the bottom of the screen with the spin button and bet level to the far right.

This is where the slot begins to lose momentum. The RTP is a mediocre 95.2% which is under the average standard and the hit rate is a low 17.69%.

If the win potential was solid, then perhaps Dead Man's Fingers could've been something great beloved by all slot players. However, the low RTP and maximum win cannot be ignored.

We definitely recommend giving this slot a spin if you like pirate slots, but be aware of the low win potential before you start playing.

Play Dead Man's Fingers now at the following verified UK slots sites. These slot sites are fully licenced and have been thoroughly vetted and reviewed by us to ensure they offer a great user experience, are trustworthy, secure, and have a wide variety of the best online slots in their lobbies including Dead Man's Fingers:-

Enjoyed Dead Man's Fingers? Here's a handful of similar slots we think you'll like too. These online slots have been chosen based on features and themes similar to Dead Man's Fingers. You might also want to check out other G Games slots.