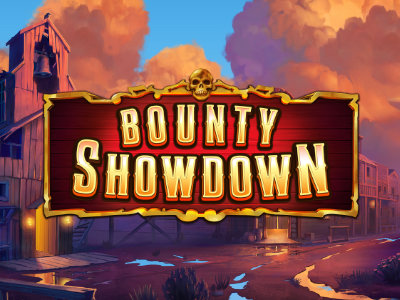 Bounty Showdown is a 5-reel, 10 payline slot developed by Fantasma Games and Relax Gaming that truly won us over with its incredibly enjoyable free spins feature known as Showdown Free Spins! This awesome bonus feature sees players shoot a Gatling gun in order to rack up big win multipliers that are applied to a high-octane free spin round. If you're looking for high volatility fun and want to get your hands on up to 4,761x your stake then look no further.

Jump straight into the action and play Bounty Showdown now at the following fully licenced UK slot sites. These slot sites have been thoroughly audited and reviewed by the team here at Slot Gods to ensure they offer an exceptional user experience, are trustworthy, safe, secure, and boast the best selection of online slots in their portfolio including Bounty Showdown...

If players manage to land 2 bonus wild symbols then they'll activate the Double Bonus Respin which sees the bonus symbols locked and the rest of the reels respin for a chance at triggering free spins.

It's fair to suggest that Bounty Showdown truly shines during the bonus rounds, as this is truly where the fun is had and the big payouts come from.

Before the free spins feature properly begins the Gatling Wheel Bonus Game must be played.

This sees a Gatling gun chamber appear on screen featuring 16 different multipliers, it is spun three times and a single bullet is shot from the gun each time.

These 3 bullets each feature a different multiplier, these are all added together to create one overall multiplier that's active for each individual win during the free spin bonus feature.

Once the Gatling Wheel Bonus Game has concluded the free spins starts. Every time a golden skull bonus wild symbols lands on the reels during te free spins it's shot at by the Gatling gun, the player will then see their original stake multiplied by whatever the value of the overall multiplier is.

If more than one golden skull bonus wild symbol lands on the reels during the free spin bonus then they're added together to award players with an even bigger multiplier.

During gameplay we had two bonus wild symbols land at once whilst a 25x multiplier was active. This saw our £40 stake multiplied by a total of 50x, meaning an epic £2,000 win came our way on a spin that didn't even feature a winning payline!

If 3 or more bonus wild symbols land on the reels during an already active bonus feature then the Showdown Free Spins will reactive from the very beginning. 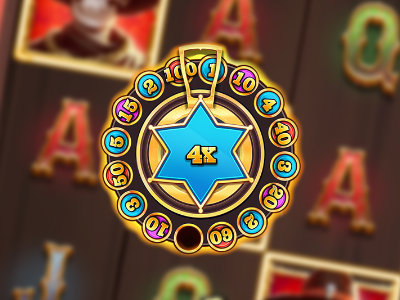 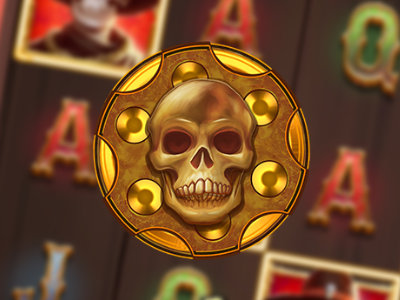 Bounty Showdown is a 5-reel, 10 payline Wild West-themed slot developed by Fantasma Games in partnership with Relax Gaming. This gunslinging slot features a wonderfully designed free spin feature known as Showdown Free Spins that can see players benefit from some seriously impressive win multipliers that by way of a Gatling Wheel Bonus Game.

Before we get into the nitty-gritty regarding how this game looks and sounds, we first thought we'd talk about its backstory... As it's not too often an online slot comes with one that's so well-written (unless we're talking about Immortal Romance). It felt like it'd be an absolute crime not to share it with you here, so here goes:

Wanted Dead or alive: Mr. Joe Boneson, $50,000. Thus read the sign that sealed the towns people’s doom. Not long after its posting, a mysterious gunslinger showed up at the sheriff’s doorstep and promised to deliver the scoundrel to justice.

The towns people were incredulous at first, but as promised the criminal hanged from the gallows at noon the same day, and by evening they had already tossed his corpse to the desert dogs. But the not so dearly departed was not without friends.

A week later three riders galloped into town; guns blazing and hungry for vengeance. Their violent ransack of the town was so wild that it bordered to madness, and not even the dead could sleep quietly that night.

The first thing that hits you when you load up this slot is the atmospheric soundtrack. An electric guitar blares before slowing down, allowing for a bass guitar to begin playing a more sombre tune, it's here the tension slowly rises.

The music helps add to the feeling of dread, we couldn't shake off the idea that a lot was at stake as the camera panned towards a town where the aforementioned band of vengeance-led outlaws approach on their horses. Once players hit play the music changes to an equally tense, but faster-paced guitar-led soundtrack.

Low paying symbols in Bounty Showdown are your standard stylised J, Q, K and A whilst high paying symbols are the outlaws... These include a lady wielding a knife, a cowboy clutching dynamite, a vicious looking cowgirl lighting a cigarette and the leader of the gang... Mr. Joe Boneson himself.

The game's special symbol is a golden skull coin symbol, which acts as a wild and a scatter.

This might well be a design issue, but we found that all of the screens beyond the main game reels were quite obviously pulled from much older slots, and they didn't match the overall theme of Bounty Showdown... All of the buttons and titles were coloured bright purple and yellow, it was an assault on the senses and disappointing to see.

We'd be complete liars if we admit that it really killed our immersion and ruined the fun for us, which is such a shame because a lot of effort was put into design elsewhere.

If you want to get to these terribly out of place game screens, change your stake or just spin the reels then you'll find all of the relevant buttons to the right of the game reels.

This high volatility slot has a base game RTP of 96.16% (97.12% if you're outside the UK and using the feature buy) and the maximum win players can pick up is 4,761x their stake. We'll be honest, base gameplay isn't all that inspiring... However, the free spins are a LOT of fun and are highly lucrative.

Base gameplay is fairly weak and we truly hated the fact that some elements are the game were sloppy and seemingly pulled from elsewhere, however, Bounty Showdown's Showdown Free Spins bonus really won us back over.

This is the sort of slot that would lend itself to a Money Cart 2 style makeover, base gameplay wasn't all that, but the bonus feature was VERY enjoyable.

Play Bounty Showdown now at the following verified UK slots sites. These slot sites are fully licenced and have been thoroughly vetted and reviewed by us to ensure they offer a great user experience, are trustworthy, secure, and have a wide variety of the best online slots in their lobbies including Bounty Showdown:-

Enjoyed Bounty Showdown? Here's a handful of similar slots we think you'll like too. These online slots have been chosen based on features and themes similar to Bounty Showdown. You might also want to check out other Relax Gaming slots.