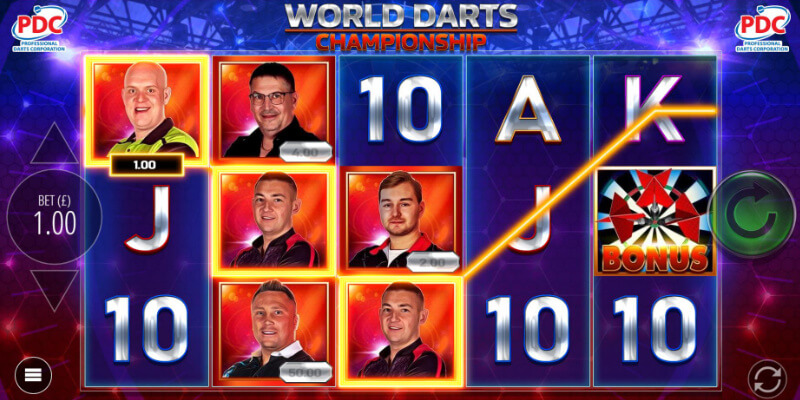 Blueprint Gaming has officially partnered with the Professional Darts Corporation (also known as the PDC) to develop a brand new online slot game called PDC World Darts Championship that will be based on the world's most prominent darts players.

This exciting new title marks the first time Blueprint Gaming has stepped up to the oche to created a branded sports slot as the prominent iGaming company look to broaden their portfolio going into 2021. The new game will feature headline darts stars such as PDC World Champion 'The Iceman' Gerwyn Price, the colourful 'Snakebite' Peter Wright and of course legendary Dutchman 'Mighty Mike' Michael Van Gerwin. 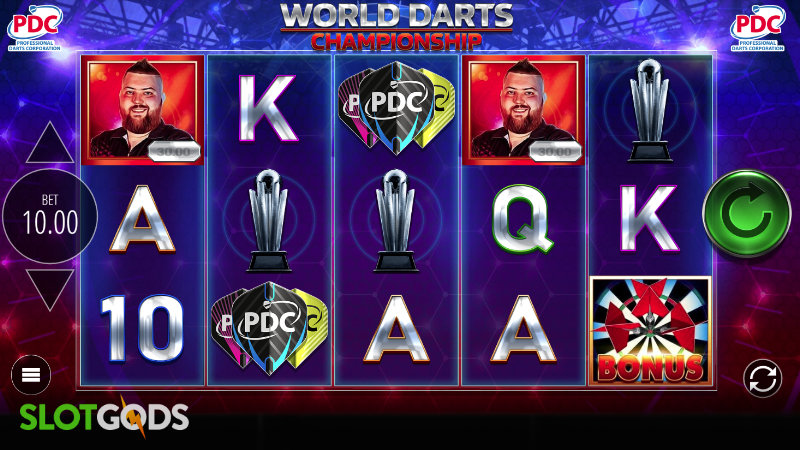 What can you expect from the PDC World Darts Championship slot?

PDC World Darts Championship will feature all the hallmarks of a classic 5-reel Blueprint Gaming slot, symbols will of course be based on both classic slot iconography and those from the much-loved game of darts. Symbols include sets of darts, the iconic Sid Waddell Trophy that's handed to the World Champion every January and of course a host of famous faces from the whirlwind world of professional darts.

In terms of bonus features and mechanics, details are scarce so far, but we do know that if players land any 3 dart player symbols anywhere along a payline then players will receive a payout, what's more players can trigger up to 180 free spins! Meaning that the iconic number is just as important in this brand new slot as it is in the real-life game.

During the free spins feature any dart scatter symbols that land on the reels will see players get to throw a dart at a board which decides whether a total bet multiplier is awarded, the multiplier will be based on the value of darts thrown up to treble 20!

Barry Hearn OBE, Chairman of the Professional Darts Corporation spoke excitedly of the release as he looks to help bring more awareness to the sport: “The global popularity of darts continues to grow, shown recently with the thoroughly enthralling 2020/21 World Darts Championship, which even given the current situation and absence of our iconic Ally Pally crowds, didn’t fail to disappoint in the drama stakes.

“Partnering with Blueprint Gaming for the development of this unique game is another important step to broaden the appeal of the sport to more people across the globe. They have a fantastic reputation within the gaming industry for developing high-quality content and we had no hesitation in partnering with Blueprint for this special game release.”

Director of Marketing and Relationships at Blueprint Gaming Jo Purvis followed Hearn's statement by building hype for the new release, she said: “Get ready for some quality darts action as we unveil PDC World Darts Championship as the first standout release from the Blueprint portfolio this year.

“Featuring the sport’s biggest and most recognisable characters, we’re offering an entertaining experience, backed by a proven casino format that will resonate with a large audience.”

The following online slot sites have been vetted and audited by Slot Gods to ensure they offer an exceptional user experience, are trustworthy, safe, secure, and boast the best variation of online slots in their portfolio including World Darts Championship.