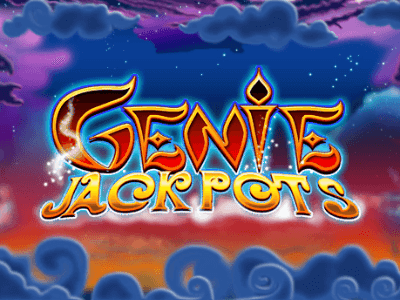 Have all of your wishes granted in Blueprint Gaming's Genie Jackpots series. This Arabian themed slot series focuses on the Genie and his magical powers that can grant an abundance of cash prizes. Each title has random modifiers and a huge amount of features to make sure that you don't leave empty-handed - so check out the Genie Jackpots series for some bedazzling wins.

Enter The Cave Of Genie Jackpots

Arabian slots are usually hit and miss with many being gimmicky without any real substance. Blueprint Gaming's Genie Jackpots series is the complete opposite with an intriguing setting and a huge amount of valuable features! It all began with Genie Jackpots in 2015 that plays on 5-reels with 20 paylines and gave players the potential to win up to 10,000x their stake.

After the incredible success of the original slot, they decided to release a Megaways version of the slot called Genie Jackpots Megaways. The slot took the typical reel format and expanded the paylines to 15,625 meaning that you had even more ways to win. Players could still win up to 10,000x their stake - but with an even higher RTP at 96.52%.

Almost 5 years after the first title released, Blueprint Gaming released Genie Jackpots Wishmaker which improved the base gameplay and even included the Jackpot King! With bets starting at 0.10, you could be having your wish granted in no time!

An Abundance Of Features

The first two titles within the series can pay up to 10,000x your stake - which is fantastic. Genie Jackpots and Genie Jackpots Wishmaker even have the Jackpot King attached to it so you can win even more on the progressive jackpot - what more could you ask for?

For those of you who are new to the series, perhaps try out Genie Jackpots Wishmaker as there are so many different features and the win potential is fantastic - plus the volatility level is medium. Ultimately, Genie Jackpots has something for everyone, so check it out today.