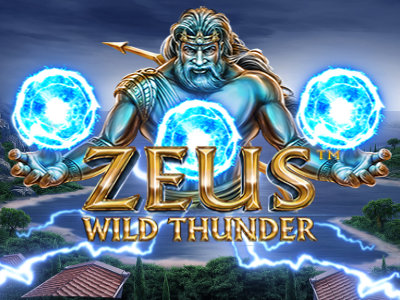 Journey back to ancient Greek with SYNOT Games Zeus Wild Thunder. This mythical slot plays on 5-reels with 40 paylines and contains a whole host of features guaranteed to keep you entertained.

In this slot, you'll find the progressive bonus feature of Wrath of Zeus followed by free spins where you select the number of spins and wilds. This slot looks to be a classic amongst slot players due to its fantastic features.

“ Full of innovative features and the best SYNOT slot yet! ”

As expected for wilds, these substitute any symbol - except the bonus and lightning symbols. If you manage to trigger 3 bonus symbols, then you'll be awarded free spins. At the start of the bonus round, you'll get to choose the type of feature by selecting a lightning sphere with each one awarding a different count of free spins and wild symbols. These include 15 free spins with 5 wilds, 10 free spins with 7 wilds and 5 free spins with 10 wilds.

In each spin, lightning strikes into the reels to create wild symbols in random positions. During free spins, you can even retrigger spins and you'll gain the same amount of free spins and wilds that you picked at the start of the feature. It should be noted that a different set of reels are used during free spins.

Additionally, you can gain the chance to gamble by guessing the correct colour. If you guess correctly, you can double your win but a wrong guess can make you lose your win. However, you cannot gamble during free spins and you are only to gamble any win not exceeding 125,000 EUR. 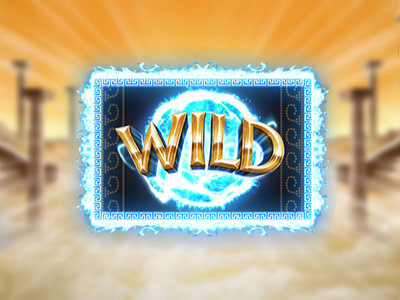 When you play the base game, you'll find lightning symbols leaving a frame of lightning where they land that stays until the 10th spin. On the 10th spin, all the lightning frames turn into wilds for even larger wins with this progressive bonus feature! 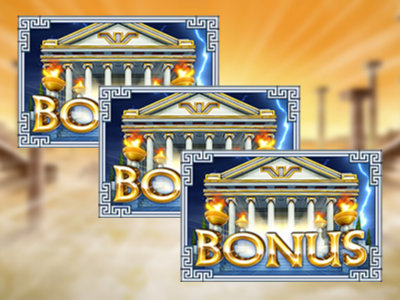 Bonus symbols appear on reels 2, 3 and 4 with free spins being triggered by landing 3 or more bonus symbols. You get to choose the type of feature by selecting one of the lightning spheres deciding on how many spins you get along with the number of wild symbols.

After the success SYNOT Games last hit slot, Aztec Jaguar Hold and Win, the studio decided to focus on something mythical for the next instalment. Zeus Wild Thunder focuses on ancient Greek myths with a focus on the god of thunder and the sky who rules as king of the gods on Mount Olympus.

This mythical slot plays on 5-reels with 40 paylines and features a whole host of features that are guaranteed to keep you satisfied. From a free spin bonus round that allows you to select your spins and wilds to a progressive bonus feature with the Wrath of Zeus, Zeus Wild Thunder has everything to keep you entertained.

As previously mentioned, this slot is inspired by Greek myths with the whole setting place in Ancient Greek with a variety of buildings stylised from the time with temples in the distance. In the background, you'll see a bright blue sky followed by scenic greenery at the forefront - but thankfully these animate to light up the sky with lightning and to shake up the greenery at the front.

In terms of the symbols on the reels, you'll notice Zeus as a stacked symbol, a beautiful brunette who is assumed to be Hera, a stunning blonde who we assume is Aphrodite along with various trinkets you associate with ancient Greek such as helmets, fruit, pottery and harps.

You'll find ambient noises in the distance such as lightning or wind blowing. There's also a subtle musical score during the base game building up an atmosphere that really intensifies with the Wrath of Zeus and Free Spin modes.

On the surface, the base gameplay seems simplistic like any other slot - but the Wrath of Zeus feature completely changes this. On the 10th spin, you'll find this feature transforming the lightning spots into wilds for even greater wins. It's probably the best feature about the slot as there's so much unpredictability with it but then so much suspense once you hit the 10th spin.

Zeus Wild Thunder is a brilliant mythical slot that actually brings something new with mythical slots due to the Wrath of Zeus feature. We found this feature so satisfying and it definitely builds up the suspense.

The addition of free spins makes this slot one that is unmissable. We wouldn't be surprised if this slot became a new fan favourite as it has the making to be a classic slot that is played for years. If you love mythical slots or unique mechanics, then be sure to give Zeus Wild Thunder a spin.

Play Zeus Wild Thunder now at the following verified online slot sites. These slot sites have been thoroughly audited and reviewed by us to ensure they offer an exceptional user experience, are trustworthy, safe, secure, and boast the best variation of online slots in their portfolio including Zeus Wild Thunder:-

Enjoyed Zeus Wild Thunder? Here's a handful of similar slots we think you'll like too. These online slots have been chosen based on features and themes similar to Zeus Wild Thunder. You might also want to check out other SYNOT Games slots.