Wild Walker is a terrifying 5-reel, 25 payline horror themed slot developed by Pragmatic Play that sees players tasked with escaping a Zombie Laboratory. As the name suggests, this slot is all about wilds! During base gameplay an entire reel will always remain wild and shift across the reels as and when it pleases. If players land three bonus symbols they'll trigger 8 free spins. There are four different free spin bonuses in total, each with varying modifiers such as roaming and expanding wilds.

Jump straight into the action and play Wild Walker now at the following fully licenced UK slot sites. These slot sites have been thoroughly audited and reviewed by the team here at Slot Gods to ensure they offer an exceptional user experience, are trustworthy, safe, secure, and boast the best selection of online slots in their portfolio including Wild Walker...

Whenever players manage to land 3 scatter symbols anywhere on the reels they receive 8 free spins with one single roaming zombie wild. Whenever more bonus symbols are collected players progress through the rounds, unlocking more reels and adding new roaming zombies wilds to them as well. 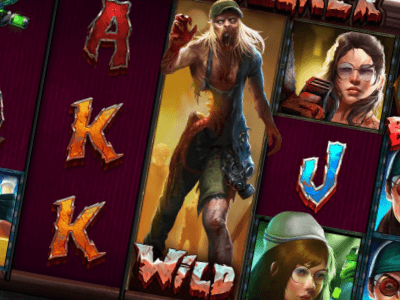 Every single spin in Wild Walker sees a zombie wild take up an entire reel, the zombie will shuffle along the reels and change position on each and every spin during base gameplay. 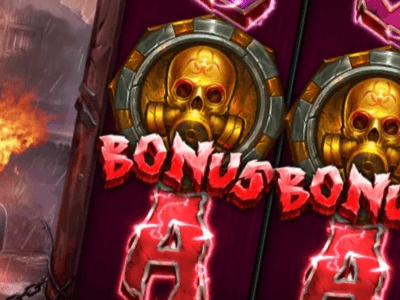 Wild Walker has a progressive free spins bonus that sees players work their way through the levels by collecting bonus symbols. This unlocks more reels, free spins and zombie wilds.

Wild Walker is a terrifying horror-themed slot developed by Pragmatic Play that sees players transported to a nightmarish world in which the undead walk the earth, and they're wild!

This 5-reel, 25 payline slot will always see at least one reel turn entirely wild on every single spin, helping you create winning paylines. This slot boasts a lucrative free spins round that can see up to 4 zombie wilds find their way onto 8 game reels, spelling big wins for lucky players.

This is a blockbuster slot in our eyes, it looks and feels horrifyingly good. The reels are held together by rotting wood covered in barbed wire, chains and blood. Behind the reels is what looks like a world that's quite literally gone to hell. Fires blaze either side of the reels as cars and buildings burn to ashes. Rain pours down and lightning forks from the sky and an ominous-looking crow squawks from time to time. It's fair to say Pragmatic Play has made a huge effort in setting the tone for this slot.

In terms of game symbols, the first one that stands out is of course the zombie wild. There will always be at least one zombie wild in play at any given time. These zombie wilds take up an entire reel and features a literal zombie torn the pieces with the guts hanging out, dripping with blood. Behind them is a horde of zombies ready to stumble in for a kill.

If you get more than one zombie wild on the reels (particularly during the bonus round) then you'll get to see several different zombies, such as cops. doctors, and ordinary civilians.

Low paying symbols are your standard royal suits J, Q, K A, whilst higher paying symbols are a bit more imaginative, these are vials of an unknown substance, a strange green gun/syringe (we're not entirely sure!), a female brandishing a chainsaw, a female scientist, a grizzled male carrying an AK-47 and a very creepy mad scientist.

A cinematic soundtrack builds up tension in the background that gets more chaotic and wild as players work their way into a bonus feature. All in all the design of this slot is unbeatable and deservedly picks up a 10/10 from us.

This high volatility zombie-themed slot ranks pretty well in terms of win potential. Wild Walker has a slightly above average RTP of 96.55% and a maximum win of 4,900x the player's initial stake, which whilst not groundbreaking, is more than enough to prompt us to get spinning!

Visually, Wild Walker is up there with some of the very best games going. Pragmatic Play has truly made an online slot worthy of being placed alongside Zombie-franchise Resident Evil, even as an online slot! If you're a fan of zombies then you absolutely have to play this slot at least once!

Play Wild Walker now at the following verified UK slots sites. These slot sites are fully licenced and have been thoroughly vetted and reviewed by us to ensure they offer a great user experience, are trustworthy, secure, and have a wide variety of the best online slots in their lobbies including Wild Walker:-

Enjoyed Wild Walker? Here's a handful of similar slots we think you'll like too. These online slots have been chosen based on features and themes similar to Wild Walker. You might also want to check out other Pragmatic Play slots.