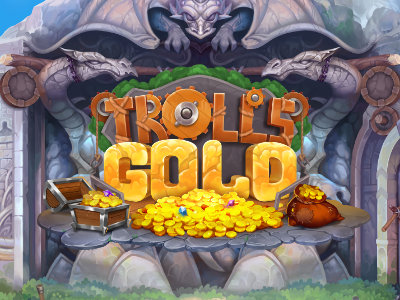 Team up with the troublesome trolls to plunder the dragon's secret lair. If you manage to sneak into the dragon's den, then you'll be in with a chance of winning up to 12,500x your stake.

Developed by Relax Gaming, Troll's Gold is a mythical slot that plays on 5-reels with 20 paylines. With respins and multipliers, you'll be capturing the dragon's treasure for yourself in no time.

Jump straight into the action and play Troll's Gold now at the following fully licenced UK slot sites. These slot sites have been thoroughly audited and reviewed by the team here at Slot Gods to ensure they offer an exceptional user experience, are trustworthy, safe, secure, and boast the best selection of online slots in their portfolio including Troll's Gold...

Troll's Gold begins with the wild symbol that naturally substitutes all other symbols. Amazingly, when more than one wild is involved in a win, then the wild values are multiplied by each other for a bigger win.

Perhaps, the biggest feature comes from the Lock-In Re-Spins which is awarded when a stack of matching symbols land fully on reel 1. These will lock into place with other matching symbols during the respin. This will continues as long as there is 1 matching symbol or a wild symbol lands on the reels.

If this isn't the case, then the respins will end. If you manage to fill the reels entirely, then a multiplier will be awarded ranging from x2 to x10.

There are also additional respins in the form of Treasure Trove Re-Spins. When a stack of Gold Bag symbols lands fully on reels, this feature will be triggered. During this feature, two symbols can land on the reels and this includes the Gold Bag symbol with a multiplier worth x1 to x10, and includes the Treasure Chest Collector which collects the values of symbols on the reels.

Throughout this mode, you can win up to 10,000x your stake by filling up the progression meter. Landing a Gold Bag or Treasure Chest Symbol will build up the meter with level 19 awarding the top prize.

For non-UK residents, you can trigger the Buy Feature by using cash to trigger the Treasure Trove Re-Spins, but this isn't available in the UK. 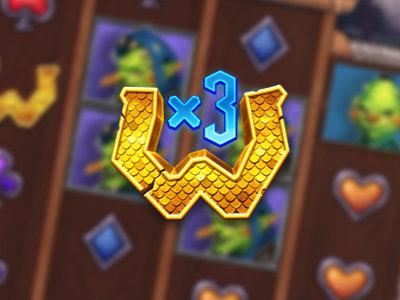 Landing a stack of matching symbols on reel 1 will trigger this feature and lock these symbols into place along with other matching symbols. Filling up the reels will award a multiplier ranging from x2 to x10. 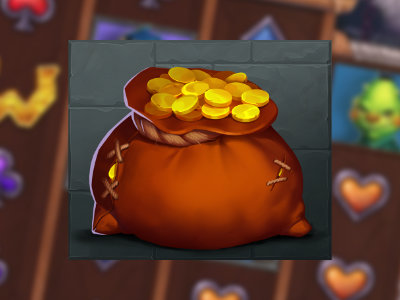 If you land a Gold Bag symbol on the reels, then you'll activate this feature. Two special symbols can land and build up the progression meter for bigger wins. If you reach level 19 on the meter, then you can win the top prize!

Trolls are known for sticking together and Troll's Gold is no exception. Work together with a group of trolls in order to steal the dragon's secret treasure hidden in its lair. Developed by Relax Gaming, Troll's Gold is a mythical slot that plays on 5-reels with 20 paylines.

The focus of this slot is to trigger one of the respin rounds for the biggest payouts. These include the Lock-In Re-Spins and the Treasure Trove Re-Spins each with their own multipliers and perks with bigger wins. See if you have what it takes to step inside the dragon's den.

As the slot opens you are transported to a mythical land full of trolls and dragons. In the background, there are various troll tents set up around the dragon's den to show the trolls preparing to face the dragon. The design is spectacular with vibrant colours and an intricate design of everything that feels cohesive. There is even a soft breeze in the background that moves the tent and various leaves on the screen to show that this imaginative world is lively.

The stars of the slot are no doubt the trolls that feature on the slots. They have a distinct design that doesn't look too grotesque - but these trolls are hardly cute as well. We only see the dragon throughout the Treasure Trove Re-Spins and it looks like a ferocious beast - something that is easy to be scared of. The whole design of Troll's Gold builds up an epic journey for the trolls similar to The Hobbit.

There is a deep drum playing occasionally in the background alongside a stringed instrument to create drama and suspense. Thankfully, it all blends together well to create something spectacular.

Troll's Gold has simplistic gameplay that is easy for anyone to pick up - all you have to do is bet and spin. There are only 5-reels with 20 paylines - so you don't have to worry too much about learning tricky mechanics.

The RTP is at a decent level with 96.36% which is just over the average standard. As for the volatility level, it has a high volatility level which means you can expect less frequent returns but high ones when it does. The maximum payout is 12,500x your stake which can be won through the respin rounds with the multipliers.

Troll's Gold doesn't reinvent online slots, but it's definitely entertaining and has engaging gameplay. The design is charming and definitely pulls you into the magical world. Sadly, the maximum payout isn't as high as we'd like, but it's a decent amount that is acceptable.

If you love mythical slots with a dazzling design, riveting gameplay and good wins, then give Troll's Gold a spin.

Play Troll's Gold now at the following verified UK slots sites. These slot sites are fully licenced and have been thoroughly vetted and reviewed by us to ensure they offer a great user experience, are trustworthy, secure, and have a wide variety of the best online slots in their lobbies including Troll's Gold:-

Enjoyed Troll's Gold? Here's a handful of similar slots we think you'll like too. These online slots have been chosen based on features and themes similar to Troll's Gold. You might also want to check out other Relax Gaming slots.