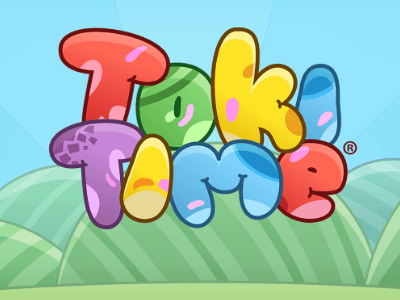 It's not every day that you get transported to a new planet filled with mysterious creatures, but Toki Time does exactly that. You are taken to a wonderful world in Thunderkick's Toki Time.

Playing on 5-reels with 11 paylines, you can gain expanding wilds, respins and even paylines that go both ways. With an outstanding RTP of 97.1% - this is definitely a slot worth a spin.

“ A visual masterpiece with some wonderfully weird gameplay ”

Jump straight into the action and play Toki Time now at the following fully licenced UK slot sites. These slot sites have been thoroughly audited and reviewed by the team here at Slot Gods to ensure they offer an exceptional user experience, are trustworthy, safe, secure, and boast the best selection of online slots in their portfolio including Toki Time...

Toki Time is an extremely visual and gimmicky slot - but that doesn't mean that this slot has nothing! The main feature has to be the expanding wilds that can lead to a respins round. This combined with the paylines being active in two different ways means that you have a better chance at winning. There are expanding wilds in Toki Time, and they substitute all other symbols and appears on reels 2 and 4. If you win with an expanded wild symbol, then the expanded wild is held in place and triggers a respin of the other reels until there are no more wins. Every pay line is active in both ways from left to right. Ultimately, this means that you have better chances of winning!

There's no easy way to describe Toki Time but we're going to try. This most obvious WTF slot plays on 5-reels with 11 paylines. Toki Time is full of various different creatures and they appear on the reels through a hole in the ground.

Developed by Thunderkick, this slot features respins, expanding wilds and paylines that work both ways. It's a fully bizarre slot that needs no real introduction.

The background of the slot happens to be some imaginary world full of strange but fascinating creatures. There is a purple sky full of stars and the moon but it moves throughout spins and eventually becomes daytime - which is absolutely incredible.

Surrounding the reels are dancing flowers and mushrooms that seem excited to be here. At the bottom of the screen, you'll notice some strange holes and they shoot out the characters.

Each of the characters looks cutesy with adorable eyes and almost look like Pusheen characters. They each have animations and unique designs that just make them adorable.

Thankfully, the music matches well with the visuals as it's cheerful music that'll leave you with a smile. Throughout spins, you can hear the sounds of the creatures and the music get more intense as you win.

On the surface, Toki Time may look insane and confusing. However, it's simple and anyone can pick it up. It's just like any other online slot - but with phenomenal visuals!

Anything you could need can be found at the bottom with the spin button to the far right. Of course, the autospin and bet level is to the left and allows players to set up to 5,000 autospins with 100.00 bet level.

Disappointingly, the win potential isn't anything that'll blow your socks off. The RTP is at a whopping 97.10% which is absolutely fantastic and almost unheard of in online slots but the maximum payout is lower than we'd like. You can win up to 1,130x your stake by filling the reels with the wilds - but that's about it.

You'll never experience anything like Toki Time! The visuals are actually a masterpiece with the day and night cycle plus the characters and the entire world that Thunderkick created. We could honestly watch a whole show based on these adorable characters.

Amazingly, this slot released in 2014 but most definitely doesn't look or play like a slot released then. It could've been released more recently as the graphics are stunning.

Toki Time is worth a spin for the wonderfully weird moments and generally plays fantastically. You should definitely check out this slot as there's nothing quite like it.

Play Toki Time now at the following verified UK slots sites. These slot sites are fully licenced and have been thoroughly vetted and reviewed by us to ensure they offer a great user experience, are trustworthy, secure, and have a wide variety of the best online slots in their lobbies including Toki Time:-

Enjoyed Toki Time? Here's a handful of similar slots we think you'll like too. These online slots have been chosen based on features and themes similar to Toki Time. You might also want to check out other Thunderkick slots.