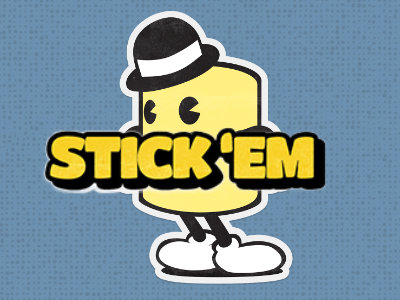 Stick 'Em is a 5-reel, 1,024 payline slot developed by Hacksaw Gaming. This strangely-themed medium volatility slot boasts three strong bonus features that can see players win up to 2,084x their stake... These are Sticky Win Spins, Free Spins and a Wheel of Fortune Bonus Game.

For what is Hacksaw Gaming's first ever slot, Stick 'Em has an impressive collection of bonus features for us to sink our teeth into... This includes Sticky Win Spins, Free Spins and a Bonus Wheel Game.

During this feature, free spins and the bonus game cannot be triggered and players can win up to 2,048x their stake.

If players land between 3 and 5 free spins scatter symbols on the reels then players will receive between 5 and 15 free spins in total. This bonus will have more high-value symbols in play.

If players land 3 bonus scatter symbols on the reels then players will trigger a bonus wheel of fortune that sees players in with a chance of winning up to 1,000x their stake. All wins are proportional to their stake at the time the feature was triggered. 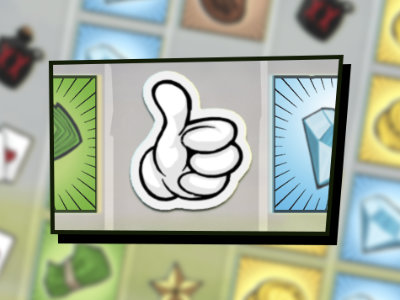 If three or more thumbs up symbols land on the reels, respins will occur and any more of these symbols will become sticky, respins continue until there are no new symbols can land. 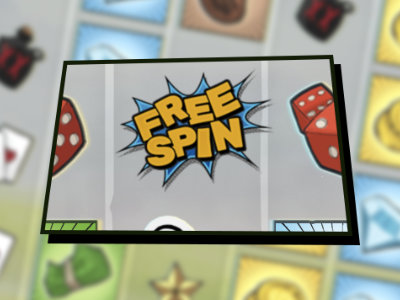 If players land 3, 4 or 5 scatter symbols on the reels at any time during base gameplay they'll trigger 5, 10 or 15 free spins respectively. 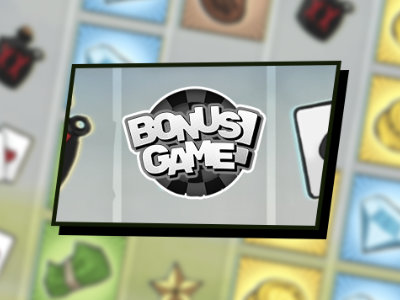 If players land 3 bonus game scatter symbols then they'll spin a wheel of fortune that can see them win up to 1,000x their total stake.

Stick 'Em is the first-ever online slot developed by developers Hacksaw Gaming. This simple 5-reel, 1,024 ways to win slot introduces the world to mascot Cuppy the Cup and sees players win up to 2,084x their stake by way of Sticky Win Spins, Free Spins and a Bonus Game Wheel of Fortune.

It's fair to suggest that Stick 'Em threw us off a little bit at first, as we weren't quite sure what the overall theme of the game was meant to be (actually, we're still not sure)!

At first glance, this slot looks pretty underwhelming, the game is set in an open field in which there's a single dead plant and the game's mascot, Cuppy the Cup. Don't get us wrong, we love Cuppy the Cup (who bops away to the right of the game reels) he's incredibly cute and quirky, even if he is a literal container.

Symbols are all crudely drawn cartoons of random items such as a star, a thumbs up, dice, a pair of cards, a bottle of moonshine, two crossed bones, a wad of cash, a diamond, two gold coins and a bag of cash. The special symbols are the words FREE SPIN and BONUS GAME!

The soundtrack is a vaudevillian piano tune that works pretty well if you ask us... It goes some way towards improving the overall design and theme of the game.

This slot is incredibly simple, which is hardly surprising considering that this is Hacksaw Gaming's first-ever slot. There are no confusing mechanics or over the top bonus features. Just simple, easy-to-understand gameplay.

All of the buttons can be found on an action bar that runs along the bottom of the game screen. On the left-hand side, there's a hamburger menu that features the game info, sound settings and paytable. On the right-hand side of the reels, there's a stake selection button, spin button and autoplay button.

This medium volatility slot has an RTP of 96.1% and a maximum win potential of 2,048x the player's stake. Surprisingly, we saw our biggest wins come by way of the Sticky Win Spin features (as shown below) as opposed to the Bonus Wheel or the Free Spins feature.

This slot has plenty of charm and Cuppy the Cup is clearly going to have some longevity as a loveable mascot, much like Gonzo and Rich Wilde! Despite a couple of flaws here and there, it's a great first effort and the only way is up for Hacksaw Gaming!

Play Stick 'Em now at the following verified online slot sites. These slot sites have been thoroughly audited and reviewed by us to ensure they offer an exceptional user experience, are trustworthy, safe, secure, and boast the best variation of online slots in their portfolio including Stick 'Em:-

Enjoyed Stick 'Em? Here's a handful of similar slots we think you'll like too. These online slots have been chosen based on features and themes similar to Stick 'Em. You might also want to check out other Hacksaw Gaming slots.