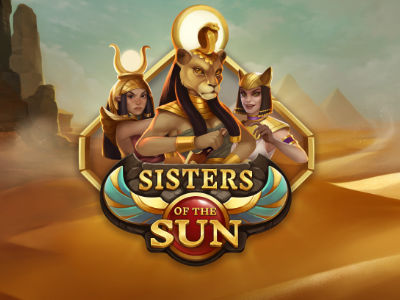 Sisters of the Sun

Ancient Egypt is full of mystical gods and powers. The sun god Ra has bestowed power to three sisters in this slot to give them to power to fight the darkness.

Developed by Play'n Go, Sisters of the Sun is a spiritual sequel to Moon Princess as the slot plays on a grid of 5x5 with the Cluster Pays mechanic. With multipliers, modifiers and free spins, you'll be unlocking the treasures of Egypt in no time!

“ An unparalleled Egyptian slot that's compelling to play and watch! ”

Play Sisters of the Sun

Jump straight into the action and play Sisters of the Sun now at the following fully licenced UK slot sites. These slot sites have been thoroughly audited and reviewed by the team here at Slot Gods to ensure they offer an exceptional user experience, are trustworthy, safe, secure, and boast the best selection of online slots in their portfolio including Sisters of the Sun...

Sisters of the Sun Screenshots

Sisters of the Sun Features

Sisters of the Sun is a Cluster Pays slot which a variety of features on display. It all starts with the Eye of Ra symbol which increases by the win multiplier by 1 during each win - but doubles during free spins. There are also typical wild symbols that substitute all symbols except scatters.

If you land 1 scatter symbol, then you'll trigger the Sisterhood feature which allows the three goddesses to perform the powers in one round. Ultimately, this will clear the grid during this feature to trigger the free spins round.

During free spins, you get the option to choose one of three goddesses to determine your gameplay. These include:

The fewer spins you chose, the higher the risk but better win potential. You can trigger up to 150 free spins through the scatters. 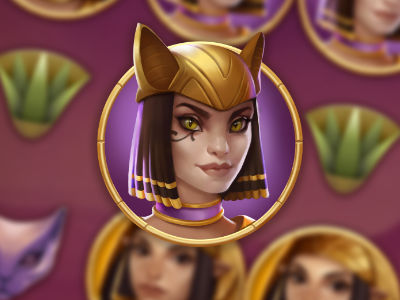 There are three goddesses that have random modifiers that can trigger during any non-winning spin. You can receive 1 to 2 wilds, convert symbols and remove symbols. 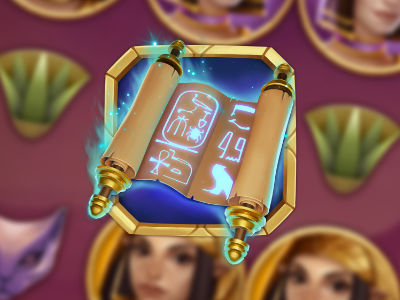 Landing 1 scatter will trigger this feature which leads to the goddesses performing all their modifiers in one. This will clear the grid and trigger the free spins round. 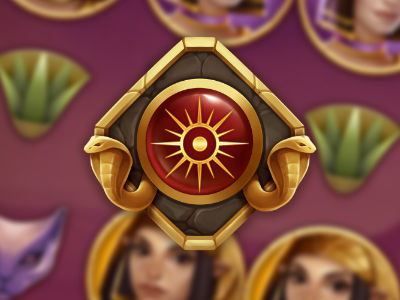 After the free spins have been triggered, you select one of the three options to determine your gameplay. Scatters award additional spins with the potential to reach up to 150 free spins.

Sisters of the Sun Review

Playing on a grid of 5x5, this slot uses the Cluster Pays system instead of traditional paylines. Alongside that, there are modifiers, multipliers and free spins to help you win up to 15,000x your stake in no time.

Set against the backdrop of Ancient Egypt, the slot begins in the desert with a different background depending on which goddess you have to the right of the reels. Bastet will have a purple looking background with various cat statutes in the distance representing her style and power. Hathor has a yellow background with various pyramids and fire surrounding the images to showcase her power. Sekhmet's background is orange and set orange dusk with lightning to show her power. All of the backgrounds look impressive and are animated to a high quality.

This brings us to the three goddesses in question who are Bastet, Hathor and Sekhmet. Bastet is inspired by cats with cat-eye makeup and headpieces with ears, Hathor is inspired by birds with wings on her armour and horns on her head, whilst Sekhmet is inspired by lions and cobras as her head is literally a lion with a snake on top of it.

They all look like goddesses with regal colours that definitely blend in well with the slot. All of the goddesses react to the right of the screen and definitely feel like important sidekicks to the slot.

The grid is set against a see-through background with various Egyptian symbols such as eyes, snakes and cats which makes the slot feel consistent. Sisters of the Sun is an extremely creative game that is mesmerising through wins as the screen just becomes so exciting with all the colours.

As for the music, it's exactly what you'd expect with a soft Egyptian score filled with flutes, drums and chanting to create something epic. It's nothing overly enthralling but it does the slot justice. In terms of other sounds, you have a voice-over from the god Ra who narrates and announces certain things which are impressive.

This slot uses the Cluster Pays mechanic which matches symbols of 5 in a cluster rather than a traditional payline. Overall, this is easier gameplay and looks more appealing on the eyes to see various clusters form.

There aren't too many features to this slot and most of them are straightforward anyway. In terms of the spin button, you can find it in typical Play'n GO fashion at the bottom right of the screen with the autospin and bet level next to it. If you need additional help, there is a paytable to the left of the reels and further menus on the black bar at the bottom.

Sisters of the Sun is a high volatility slot essentially meaning that you will often receive higher payouts but less frequently, so we advise that you have the bankroll to sustain yourself. In terms of the RTP, it's at a decent 96.20% which is over the average standard.

The maximum payout is 15,000x your stake which can be won through free spins, multipliers and modifiers. During our playthrough, we managed to trigger the free spins round quite frequently and found that we found decent amounts but never as high as 15,000x stake.

Whilst this slot may look similar to Moon Princess, it's entirely different and more enhanced. This slot is definitely more than a reskin as there are a variety of better features and the graphics are more enhanced in Sisters of the Sun. There's no denying that this is different to any other Egyptian slot on our site, so you'll be in for a treat if you give this one a spin.

Sisters of the Sun is refreshing and revitalises the oversaturated Egyptian genre to create something thrilling. If you love Egyptian slots, high volatility gameplay or Moon Princess, then this is a must-play slot for you. You may even win up to 15,000x your stake whilst doing so!

Play Sisters of the Sun

Play Sisters of the Sun now at the following verified UK slots sites. These slot sites are fully licenced and have been thoroughly vetted and reviewed by us to ensure they offer a great user experience, are trustworthy, secure, and have a wide variety of the best online slots in their lobbies including Sisters of the Sun:-

Enjoyed Sisters of the Sun? Here's a handful of similar slots we think you'll like too. These online slots have been chosen based on features and themes similar to Sisters of the Sun. You might also want to check out other Play'n GO slots.