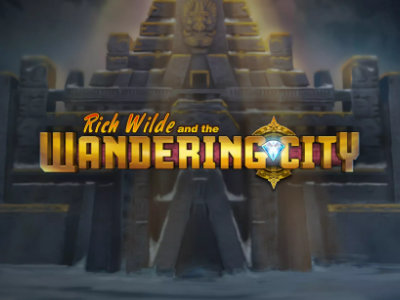 Rich Wilde and the Wandering City

Rich Wilde and the Wandering City is is a 5-reel, 243 payline slot developed by Play'n GO that can see players benefit from lucrative multiplier reels that light up randomly during base gameplay and free spins, rewarding players with 2x multiplier wins! In addition to this, there's a free spins bonus that features expanding symbols that can fill entire reels, leading to players winning up to 10,000x their stake.

“ The Wandering City is one of our favourite Rich Wilde adventures to date! ”

Jump straight into the action and play Rich Wilde and the Wandering City now at the following fully licenced UK slot sites. These slot sites have been thoroughly audited and reviewed by the team here at Slot Gods to ensure they offer an exceptional user experience, are trustworthy, safe, secure, and boast the best selection of online slots in their portfolio including Rich Wilde and the Wandering City...

Rich Wilde and the Wandering City is a pretty simple slot! There's only one bonus feature and two special mechanics to speak of, these are free spins, multiplier reels and expanding symbols!

During this feature a special expanding symbol is chosen to help players win more on each spin! If this symbol lands on any of the reels then it will automatically expand to cover an entire reel. 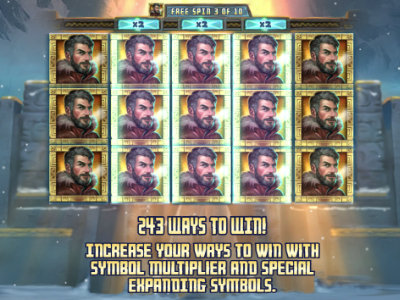 During base gameplay and the free spins feature there's the chance that the middle three reels will light up and a 2x cumulative multiplier may become active, awarding multiplied payouts on symbols that run through those reels. 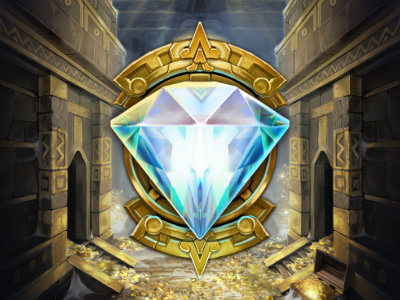 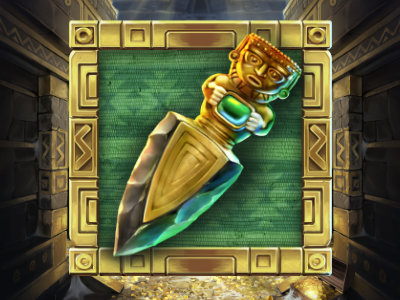 When the free spins feature is triggered a specific symbol is chosen to be an expanding symbol. When this symbol lands it will automatically expand to cover an entire game reel.

Rich Wilde and the Wandering City is a 5-reel, 243 payline slot developed by Play'n GO which makes up part of the iconic Rich Wilde series. During base gameplay this adventure-themed slot can see players win big cash prizes by way of the 2x cumulative multipliers that can activate on the middle three reels at any time.

Players can win up to a maximum of 10,000x their stake playing this high volatility slot by way of the free spins feature which sees the 2x cumulative multipliers come into play once more as well as a special expanding symbols.

First things first, let's talk about the intro cinematic that plays as the game begins, because it's absolutely fantastic and sets the scene beautifully. The video shows our hero, Rich Wilde, driving a speedboat towards a frozen island that plays host to the Wandering City... A mythical city that's rumoured to disappear in reappear in different regions around the world at different times.

Once into the main game players are transported to a dramatic snowy landscape in which two huge stone guards stand tall on either side of the game reels. Low paying symbols on the reels 9, 10, J, Q, K, A whilst high paying symbols include a dagger, a small statue of a warrior, a skull wearing an elaborate golden Aztec crown and of course Rich Wilde himself, who we must say looks just like David Beckham in this latest instalment of the Rich Wilde series. The game's special symbol is a shiny diamond, which acts as a wild scatter.

In terms of this game's music, players are treated to a really well-done soundtrack that features dramatic tribal chanting alongside panpipes and a whole host of traditional instruments... We often talk about how music can make or break a slot, and this game's soundtrack definitely makes it.

This is essentially a classic Rich Wilde slot! There's nothing out of the ordinary here in terms of navigating the game. An action bar runs along the bottom of the game screen with an info button, stake selection buttons, spin and an autoplay button (which won't be there if you're playing in the United Kingdom).

The only thing that stands out in Rich Wilde and the Wandering City is the fact that the middle three reels may light up and a 2x cumulative multiplier will come into play if a winning payline forms on them.

Play Rich Wilde and the Wandering City now at the following verified UK slots sites. These slot sites are fully licenced and have been thoroughly vetted and reviewed by us to ensure they offer a great user experience, are trustworthy, secure, and have a wide variety of the best online slots in their lobbies including Rich Wilde and the Wandering City:-