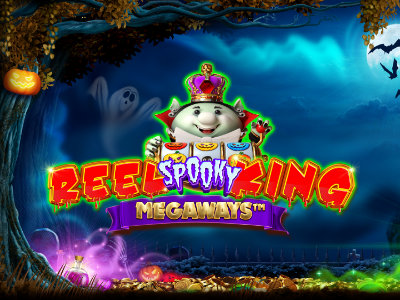 Everyone's favourite Reel King is back but he's extra spooky this time. Developed by Inspired Entertainment, Reel Spooky King Megaways plays on 6-reels with 117,649 ways in this medium volatility slot.

There's everything you could possibly want in a Reel King slot with cascades, reels lighting up, Reel Spooky King feature and free spins! So get in the Halloween spirit and see if you can win a hauntingly big win in Reel Spooky King Megaways.

“ Like all other Reel King slots, the features are the best part of this game! ”

Jump straight into the action and play Reel Spooky King Megaways now at the following fully licenced UK slot sites. These slot sites have been thoroughly audited and reviewed by the team here at Slot Gods to ensure they offer an exceptional user experience, are trustworthy, safe, secure, and boast the best selection of online slots in their portfolio including Reel Spooky King Megaways...

As the name suggests, this slot features the Megaways mechanic which expands the reels up to 117,649 ways to win. On top of that, there are cascades meaning that wins are replaced by new symbols that drop after a win.

During the free spins trail, if you land all three reels of a Reel Spooky King, then you'll advance to the next positions. Between 1 and 6 Kings will appear over the reels starting from the left position. This feature ends when there are no more Spooky Kings on the reels and less than 3 lit reels.

At the right of the screen, you'll notice how many free spins you have left along with the multiplier level. Each winning cascade increases the multiplier by x1 and it's unlimited in terms of how many you can have. When you land a cascade, the reels start to light up from the left to right. Filling up the reels will bring the Reel Spooky King character to increase the number of free spins and multiplier. 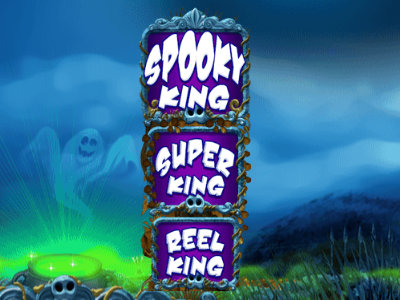 The reels can light up when a cascade hits, filling up the reels trigger the Reel Spooky King feature which leads to the Free Spins Trail. You can win between 8 and 25 free spins during this feature. 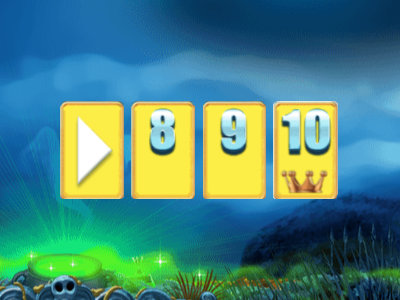 If all the 3 reels become lit when landing during the Reel King spin, then the player moves one spot on the trailer. Ultimately, this ends when you land a losing combination and have less than 3 lit reels.

Luckily, you'll find typical Reel King tropes such as Free Spins Trail, Free Spins and reels that light up leading to wins of up to 10,000x your stake. So, commemorate Halloween all year long by playing Reel Spooky King Megaways.

It's clear that the slot looks incredibly outdated as soon as you open it up. The background looks low in quality and looks decades old. To fit in with the Halloween theme, there are ghosts, pumpkins and a cauldron but that's about it.

In terms of the reels, all the symbols are monsters combined with the typical fruit symbols which is actually quite clever. There is no animation and the slot feels quite lifeless throughout spins - it's definitely a slot for players that don't care about the visuals.

Thankfully, the music is relevant to the theme as it's genuinely quite spooky with bells, violins and other eery sounds to create something you'd expect to hear in a horror film.

Reel Spooky King Megaways plays on 6-reels with 117,649 ways to win and contains a variety of features. These are straightforward once you know how to use them, but can be needlessly complicated at first glance. We definitely recommend playing in demo mode first to get a feel of the slot.

To the right of the reels, you'll find the bet level, autospin button and spin button. Underneath the spin button, you'll find an additional menu that has game info, history, sound, left-hand play and other menus that you may need.

Sadly, the RTP is at a ridiculous 95.56% which is below the average standard of 96% and is generally not an acceptable amount. It also has a medium volatility level but leans more towards the high volatility style of gameplay with less frequent wins in our opinion.

As for the maximum win, you can expect wins of up to 10,000x your stake through the free spins round with the multipliers.

It's clear that this slot is just another copy of the Reel King formula but with a Halloween background. All of the gameplay is identical to all the other slots with this series and they all play the same.

However, this isn't always a bad thing for certain players who like to play the same mechanic that they like but want some variety in design. If you are a fan of the series, then you'll enjoy this slot. Reel Spooky King Megaways is a fun novelty slot for Halloween, but that's about it.