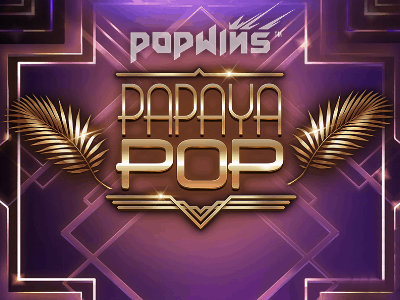 PapayaPop is a 6-reel, 118,098 ways to win Luxury fruit-themed slot developed by AvatarUX Studios in partnership with Yggdrasil. This jazzy hybrid game utilises the niche PopWins mechanic that sees winning symbols pop, expanding the size of the reels by +1. If players want to get their hands on the game's maximum win of 10,542x then they can do so via a lucrative unlimited free spins bonus.

Jump straight into the action and play PapayaPop now at the following fully licenced UK slot sites. These slot sites have been thoroughly audited and reviewed by the team here at Slot Gods to ensure they offer an exceptional user experience, are trustworthy, safe, secure, and boast the best selection of online slots in their portfolio including PapayaPop...

The main aim of PapayaPop is to trigger the game's Unlimited Free Spins bonus. This is done by fully expanding all the game reels to 6 symbols (as opposed to 3) during base gameplay.

There are three Free Spin modes in total:

All free spins start with a 2x multiplier and increases by +1 after every single spin during the bonus.

Before starting the Unlimited Free Spins bonus players have the option to gamble their free spins up to two times. Winning the gamble via a Wheel of Fortune will see players start the bonus with a higher starting multiplier and on Level 2 or Level 3 as opposed to starting Level 1.

There's a possibility that the wheel will land a special golden segment that will give players a 5x starting multiplier.

If players lose the Wheel of Fortune by landing on a losing segment then they'll be taken out of the free spins bonus altogether back to base gameplay, and they will not benefit in any way. 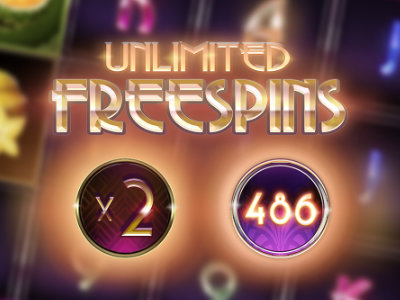 If players manage to fully expand the game reels during base gameplay they will trigger an unlimited free spins bonus feature. 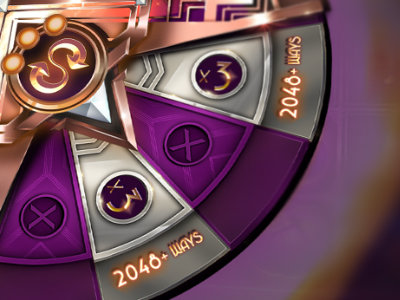 Before starting the unlimited free spins bonus players have the opportunity to gamble their free spins to get more ways to win and a higher starting multiplier.

PapayaPop is a luxury 6-reel Art Deco themed slot developed by AvatarUX Studios in partnership with Yggdrasil that sees players spin the neon reels in the hopes of fully expanding the game reels, triggering unlimited free spins, which can see players open up a massive 118,098 ways to win with increasing win multipliers in play.

It's hard to pinpoint exactly which element of PapayaPop grabbed our attention first and foremost, the hugely catchy Jazz soundtrack, or the opulent neon Art Deco design of the game.

It's quite easy to forget that this is essentially a food-themed slot, the high paying symbols in this slot are a whole host of colourful exotic fruits that you might be hard-pressed to find in your local supermarket! However, this game could also quite easily be categorised as a retro-themed slot or luxury-themed slot due to its strong and memorable design.

Upon triggering the free spins the jazzy soundtrack morphs into a high-octane dance track and the entire game screen and reels turn from neon purple to bright, sparkling gold... It certainly got us pumped up for big wins.

All in all we were more than impressed with the overall design of PapayaPop, it's pretty hard not to be charmed by this jazzy fruit-inspired title,

Part of the PopWin series by AvatarUX, this game is the latest in a line of fairly niche slots that utilise the unfamiliar PopWins mechanic that sees the game grid expand to allow for more ways to win.

Not quite sure what PpopWins are? These occur when winning symbols are popped, splitting in two, increasing the number of rows and overall ways to win. The rows on the reels can grow as high as 9 symbols high during bonus rounds.

When it comes to navigating and spinning the reels of this slot you'll find that it's refreshingly simple, all of the game's buttons are found to the right of the game reels.

This high volatility slot has an RTP of 96%, which is just on the cusp of the industry standard. The maximum amount players can win when playing this game is 10,542x their stake, which isn't bad or out of reach, especially considering players can benefit from huge increasing multipliers during the unlimited free spins bonus.

If we're being honest, the PopWins mechanic is something that had completely flown under our radar in the past, which says something as the team here at Slot Gods genuinely have a very good grasp on everything going on within the iGaming industry.

It's an interesting concept and the game looks and sounds fantastic, but having done our research there's nothing to suggest that his PopWins slot has done anything special to really ascend into the mainstream!

If you're looking for something different then this slot will fit the bill and you should give it a spin.

Play PapayaPop now at the following verified UK slots sites. These slot sites are fully licenced and have been thoroughly vetted and reviewed by us to ensure they offer a great user experience, are trustworthy, secure, and have a wide variety of the best online slots in their lobbies including PapayaPop:-

Enjoyed PapayaPop? Here's a handful of similar slots we think you'll like too. These online slots have been chosen based on features and themes similar to PapayaPop. You might also want to check out other AvatarUX slots.