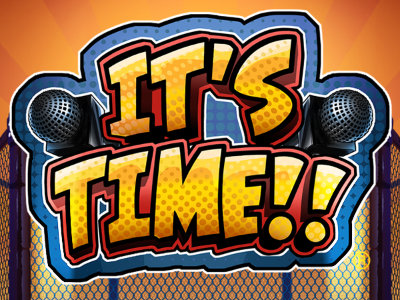 It's Time!! is a 6-reel, 40 payline branded slot developed by Relax Gaming that's all about the world's most legendary announcer Bruce Buffer! Set inside an MMA octagon, players are tasked with landing fighter symbols in order to kick-start the lucrative Fighter Bonus that can help edge players towards the maximum win of 2,500x. In addition to this, there's also a Buffer Bonus and a Hot Spot feature.

MMA-themed slot It's Time!! is all about its 3 truly creative bonus features, the Hot Spot Feature, the Fighter Bonus and the Buffer Bonus. These features all revolve around sticky symbols, wilds and the player receiving re-spins.

Randomly, at any time a hot spot, enclosing the middle four positions, positions on reels 3 and 4 on rows 2 and 3 can appear. If the same fighter symbol lands in all four positions of the hot spot, a re-spin is then awarded.

During this re-spin, the four symbols that appear in the hot spot will lock into place and immediately become sticky wilds. All other instances of that symbol that appear on the reels will also turn wild.

Unfortunately, it is not possible to trigger the Fighter or Buffer Bonus when the Hot Spot is active.

If players land two fully stacked reels featuring a specific fighter symbol on reels 1 and 6 then they'll trigger the fighter bonus. Players are treated to a short animation that sees Bruce Buffer introduce both fighters one-by-one, once the introduction are out of the way the bell rings and the fight begins.

Players are awarded 5 re-spins. During these re-spins all fighter symbols that land on the reels become sticky until the end of the feature. There are four special symbols that can land during the feature which change the state of the bonus, these are as follows:

The fighter that has the most symbols visible on the game reels at the end of the bonus will be the winner, and all symbols will be converted into theirs. Once the symbols have been converted then a payout will occur.

Landing a full stack of Bruce Buffer symbols on reels 1 and 6 will trigger the Bruce Bonus. This will see players receive 3 re-spins that see symbols stick, resetting the re-spin count to 3 each time. During this feature special symbols upgrade, diagonal, left and right may land. 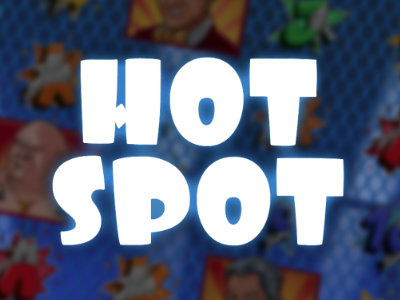 A hot spot may appear on the reels randomly at any time during base gameplay. This sees symbols lock into place in the middle of the reels for a single re-spin, whilst they and corresponding symbols become sticky wilds. 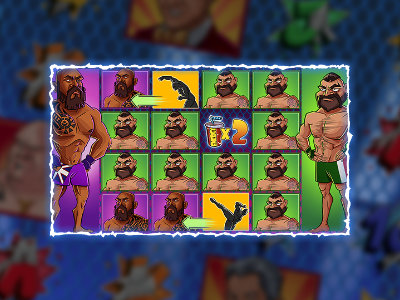 If players land two stacked reels filled with matching fighter symbols then the two fighters will fight over the course of 5 re-spins, the winning fighter will see the reels covered in their symbols. 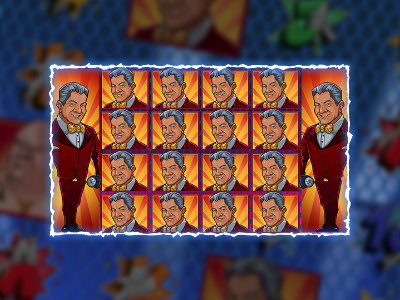 If players land a full stack of Bruce Buffer symbols on reels 1 and 6 then players will automatically receive 3 re-spins that see symbols stick, these re-spins reset every time a symbol lands.

It's Time!! is a 6-reel, 40 payline slot developed by Relax Gaming that celebrates legendary announcer Bruce Buffer! As you'd expect from a top-quality branded slot, this game features real voice acting from the legendary man himself, which gives this action-packed slot a real touch of class.

In terms of bonus features and mechanics, players can win up to 2,500x their stake by way of a Fighter Bonus, Buffer Bonus and Hot Spot Feature, all of which utilise sticky symbols, wilds and respins.

It's Time!! is a wonderful branded slot based on the world of Bruce Buffer, one of the most famous voices in sporting history. The slot is themed around Mixed Martial Arts and the game reels are played upon a UFC-style octagon, flashy spotlights illuminate the arena behind the cage... It's a pretty spectacular set-up and one of the best looking sports-themed slots we've had the pleasure of playing in some time.

One thing that we really loved about It's Time!! is that each of the four MMA fighters that appear in the game has his own backstory, any game that goes above and beyond will get our attention! These backstories are as follows:

A bold Texan, he cemented his reputation by flooring six men with just his little finger. These days he's vegan and an avid birdwatcher, because, no-one tells him what to do...

Tyron turned attitude into aires. Formerly known for his badass persona, these days he has developed strong beliefs about adding the milk first in his tea.

Fernando is a self-confessed circus lothario. He lost his balance, his tooth and his job due to the mesmerising gaze of a beautiful woman. Today he only focuses on winning in the MMA arena.

Hugo is a distant relative of Viking legend, Erik the Red, and is driven by the need to establish his own name in the ring. Unfortunately, these days, he's better known for his glass jaw.

It's Time!! is incredibly simple both in terms of navigation and gameplay. All of the game's buttons are found on an action bar that runs across the bottom of the game screen... Here you'll find a hamburger menu featuring game settings, a mute button, the stake selection tool, fast spin, spin and autoplay.

There are no specific mechanics or quirks players need to be aware of until they reach the bonus rounds by way of landing stacked fighter (or Bruce Buffer) symbols on reels 1 and 6, and once you're there everything is simply explained on a preview screen ahead of the bonus starting.

This exhilarating high volatility slot impressed us (in some areas) when it came to win potential! It's Time!! boasts one of the highest RTPs we've seen in a while, sitting pretty at 96.74%, which is always a good sign. In terms of the maximum win potential, the figure isn't quite the knockout sum we were hoping, sitting at a pretty underwhelming 2,500x the player's stake. That being said, you can still expect some pretty cushy wins during all three of this game's wonderfully crafted bonus features.

We're suckers for a branded slot, and larger than life personality Bruce Buffer is undoubtedly deserving of his very own game. From a design, features and gameplay perspective this game is top drawer! the only thing that would have really elevated it would have been a bigger maximum win.

Play It's Time!! now at the following verified online slot sites. These slot sites have been thoroughly audited and reviewed by us to ensure they offer an exceptional user experience, are trustworthy, safe, secure, and boast the best variation of online slots in their portfolio including It's Time!!:-

Enjoyed It's Time!!? Here's a handful of similar slots we think you'll like too. These online slots have been chosen based on features and themes similar to It's Time!!. You might also want to check out other Relax Gaming slots.