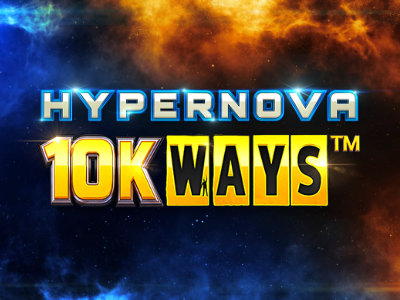 Hypernova 10K Ways plays on 6-reels with 10,000 ways to win in this medium volatility slot. You can expect the dazzling visuals mixed with respins and fixed jackpots leading you to cosmic wins of up to 5,663x your stake.

“ Return to the Hypernova series with 10K Ways to win! ”

Surprisingly, there aren't that many features in Hypernova 10K Ways, but there's enough to make it engaging and exciting. It all starts with the 10K Ways mechanic that is similar to Megaways but with fewer ways to win.

Aside from that, you'll notice wild symbols that substitute all except scatters and they appear in the top reel only. On top of that, you have scatters that can trigger the Bonus Respins after you land 6 or more throughout with 3 respins given. These can be retriggered by landing additional symbols. The scatters can award instant cash prizes during the Bonus Respins or even one of the fixed jackpots. These jackpots include: 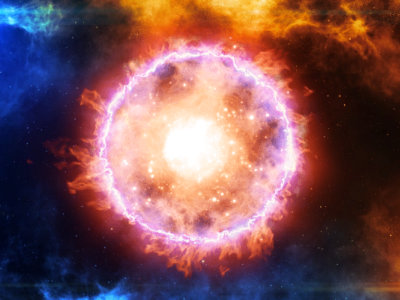 To trigger the Bonus Respins, you need to land 6 or more scatters. During this mode, the respins reset every time you land a symbol on the reels and resets to 3. Ultimately, this ends once you fill-up the reels or run out of spins. 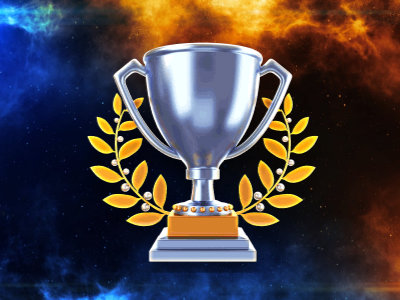 During the Bonus Respins, there are four different fixed jackpots that you can win which include Platinum, Gold, Silver and Bronze. These can be won by landing specific symbols during the respin feature.

Everyone's favourite space slot series is back in the form of 10K Ways this time. Throughout the course of the Hypernova series, they have used Megaways, Radial Reels and Infinity Reels but now it's time for 10K Ways. Hypernova 10K Ways plays on 6-reels with 10,000 ways to win in this slot along with a medium volatility level.

On top of the amazing space visuals, this slot contains the Bonus Respin mechanic famous throughout the series along with four different fixed jackpots. If you love space and the Hypernova series, then this is one not to miss.

Like most of the slots within the series, Hypernova 10K Ways feature a cosmic background with various constellations in the distance. Thankfully, they are animated and move across the galaxy creating an epic look - but it's all been seen before in the Hypernova series. It's nothing new and exciting - which is exactly what the design of this slot needed.

As for the music, it's the same as the previous slots with a soft electronic score that definitely fits but it's all been heard before. If you like consistency in online slots, then Hypernova 10K Ways completely deliver with that.

The gameplay of this slot isn't that different from the Megaways version of this slot, but with fewer ways to win. Similarly, the features are just copied from other games, so if you've played them you'll have no trouble picking up this slot.

You can expect to find the spin button to the right of the reels with a drop-down menu underneath it which leads to the bet level, autospin and other settings you may need.

Hypernova 10K Ways has a medium volatility level combined with an RTP of 96.10% which is decent enough as it literally just goes over the average standard. What does disappoint is the low maximum payout of 5,663x which is the lowest in the series and doesn't compensate with bigger bets over 40.00.

This combined with the low fixed jackpots of 2,000x your stake and the solo feature of Bonus Respin just leaves little help in winning big. It should be noted that these aren't awful dealbreakers, but it may put a few players off.

There were high expectations for the next Hypernova slot as the previous ones were absolutely incredible with so much originality and intrigue - but sadly this one falls short the most. It almost seems like a clone of Hypernova Megaways with an identical layout and features which leaves little excitement. Why play Hypernova 10K Ways when you can get even more ways to win with the Megaways version?

That being said, fans of the series at least should try this slot first before they give their final verdict. Sure, there are cloned things from the Megaways slot, but it's worth a spin just to make up your own mind. If you love the Hypernova series, then give Hypernova 10K Ways a spin but don't expect anything groundbreaking.

Enjoyed Hypernova 10K Ways? Here's a handful of similar slots we think you'll like too. These online slots have been chosen based on features and themes similar to Hypernova 10K Ways. You might also want to check out other ReelPlay slots.