Disco Diamonds is a groovy 5-reel, 243 payline slot developed by Play'n GO. This groovy Vegas themed slot features a bonus wheel that when triggered offers players the opportunity to win up to 20 free spins or an instant cash prizes that can be as much as 50x your initial stake. This slot also boasts special wilds that trigger disco-respins. Special wilds stick to the reels for the duration of the re-spins and have an increasing multiplier on top during each re-trigger.

“ Get down with re-spins, free spins and multipliers in Disco Diamonds ”

Disco Diamonds is a wonderfully designed Play'n GO slot that's been filled to the brim with innovative bonus features and mechanics that genuinely had us on the edge of our seats. Players can sink their teeth into three main features, these are disco re-spins, the bonus wheel and of course free spins.

Disco re-spins are triggered when players land a golden disco ball on the reels. An immediate re-spin follows with all wilds converted into sticky golden disco ball wilds, leading to much larger wins. If that wasn't quite enough these wilds feature 2x multipliers that increase by 1 on each and every successive re-spin.

The bonus wheel is triggered whenever players land three scatter symbols on reels 1, 3 and 5. Here players will launch a wheel-of-fortune style bonus wheel which spins, landing on one of the following prizes:

If the bonus wheel manages to slow down and stop on one of the free spins segments players will receive the spins with the disco re-spins feature active on top, meaning players are ultimately receiving more free spins than they initially thought.

It's during the free spin feature that players can win the potential maximum win of 10,000x their initial stake if they trigger the maximum number of free spins and enjoy disco re-spins at the same time. 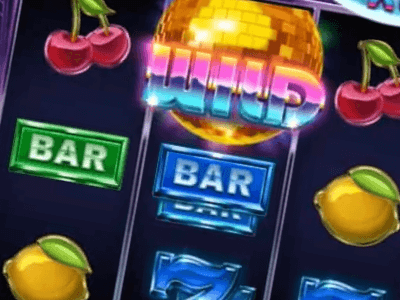 Whenever a golden disco ball lands on the reels Disco Re-Spins are triggered. This sees players receive 1 free spin. Any wilds are converted into a sticky golden disco ball wild with a 2x multiplier that increases on successive re-spins. 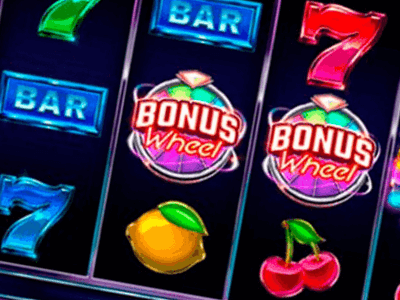 Whenever three bonus wheel scatter symbols appear on reels 1, 3 and 5 a wheel-of-fortune style mini-game will trigger. This can see players awarded a number of different prizes including free spins and instant win multipliers. 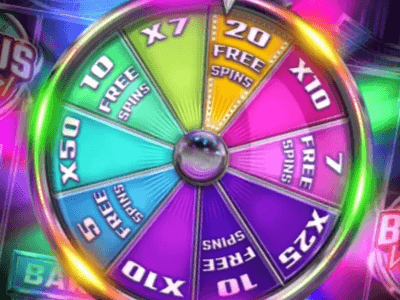 Players can trigger up to 20 free spins using via the bonus wheel. During this feature all wild symbols are special golden disco ball wilds that give players an increased chance to trigger disco-respins.

Disco Diamonds is a groovy 5-reel, 243 payline slot developed by Play'n Go that gives off some serious retro vibes. This flashy game revolves around the disco re-spins feature that sees players enjoy a free re-spin every single time a golden disco wild symbol lands on the reels.

If that wasn't quite enough, players can also take advantage of a massively lucrative bonus wheel feature that gifts them with huge instant win multipliers (as high as 50x) or up to 20 free spins.

There's a lot going on with this high volatility slot, and there's plenty of money to made and fun to be had, especially considering there's 10,000x your initial stake just waiting to be won!

This slot features a lot of chrome and neon, so if shiny isn't your style then you'll perhaps want to look elsewhere, personally, we loved this game's quirky art-style as it was a nod back to bygone times.

The game reels are set in front of a nightclub dancefloor, flanked either side by neon lights and chrome panels. The reels themselves are a lot more traditional.

Of course, the soundtrack to this title has to be quite a big talking point considering this is a music-themed slot! Upon loading into the game a fairly slow-paced techno beat plays on repeat, it's not really what we expected for a game that's themed around an old-school disco if we're being completely honest, but it just about does the job.

Disco Diamonds is as simple as they come in terms of gameplay, Play'n Go have designed this game to feel like a classic old-school slot game that requires very little from the player.

The action bar is placed along the bottom of the screen with the info button on the far left-hand side of the screen and the spin and autoplay (which lets you set up to 100 automated spins) buttons on the far right-hand side. In the middle of the action bar are a number of different bet values players can choose, these range from 0.10 per spin to 20 per spin.

Disco Diamonds is pretty good when it comes to win potential, with a fair RTP of 96.29% and a maximum win potential of 10,000x the player's initial stake we're not complaining. There's definitely a real prospect of success here.

With that in mind, we do think it's important to point out that Disco Diamonds is a highly volatile slot, so regardless of its win potential and RTP, you should only consider giving this a spin if you've got the bankroll to sustain your gameplay.

With highly volatile slots it's very easy to burn through your money quickly, before a big win hits. So play at your own risk!

Who doesn't like re-spins, free spins and multipliers? Disco Diamonds offer all these are more in spades! Play'n Go don't often let us down with good online slots, and this is no exception. If you don't mind highly volatile gameplay then take this funky disco-themed slot for a spin or two.

Play Disco Diamonds now at the following verified online slot sites. These slot sites have been thoroughly audited and reviewed by us to ensure they offer an exceptional user experience, are trustworthy, safe, secure, and boast the best variation of online slots in their portfolio including Disco Diamonds:-

Enjoyed Disco Diamonds? Here's a handful of similar slots we think you'll like too. These online slots have been chosen based on features and themes similar to Disco Diamonds. You might also want to check out other Play'n GO slots.