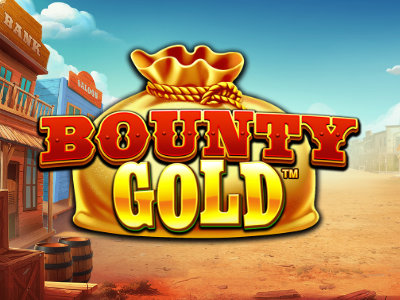 Bounty Gold is a 5-reel, 25 payline slot developed by Pragmatic Play that is notable for its sole bonus, the Money Respin feature. This feature sees players receive 3 respins whilst special golden money symbols land with lucrative cash values. Players can unlock 3 more reel sets during this feature and win one of 3 fixed jackpots worth up to 5,000x their stake if they can fill these reels full of special symbols.

“ A bland slot with a slightly redeemable bonus feature ”

Bounty Gold only has one bonus feature to speak of, this is the Money Respin feature.

The Money Respin feature is a bonus that is triggered when 6 or more of the golden money symbols land on the game reels. This bonus takes players to a brand new game screen in which the triggering symbols become sticky.

Players will receive a win multiplier of x2, x3 and x4 on top of their win for each game grid players unlock.

If players manage to fill an entire game grid with special money symbols then they'll trigger a fixed jackpot, these fixed jackpots are as follows: 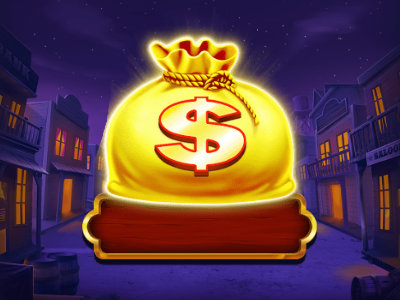 The Money Respin feature sees players receive 3 respins upon landing 6 or more money symbols on the reels. These respins are reset when a money symbol with a cash value lands on the reels. Players can trigger multipliers and fixed jackpots when unlocking new game grids.

Bounty Gold is a Wild West-themed slot developed by Pragmatic Play that's all about the Money Respin feature that sees players given 3 respins that reset every time players land a special money symbol on the game reels. During this feature an additional 3 sets of game reels can come into play and even see players win one of four fixed jackpots worth up to 5,000x their stake if they manage to fill the entire game grid with special symbols!

This slot, like most Wild West-themed games is set on the main street of a deserted town, wanted posters float around in the wind and there's no sign of any human activity. Low paying symbols on the reels are your standard J, Q, K, A and high paying symbols include a horseshoe, cowboy hat, a cowgirl and cowgirl... The wild symbol is the word WILD on a green background and the scatter is a golden back of money, this symbol will also feature a cash value.

We'll be honest, one thing we do like about the design of Bounty Gold is the acoustic guitar-led soundtrack, it's genuinely quite catchy and has lots of ambient noises such as people shouting, horses whinnying and birds squawking. The only thing that confused us is the fact that the town in which the game is set in looks deserted, yet there's lots of noise!

We'll be honest, we're a little bit underwhelmed by Bounty Gold. We wouldn't go as far as saying this slot looks bad, but it doesn't really inspire us that much when it comes to the overall design, it's pretty basic and there are only two unique characters. If this slot was released several years ago then we'd have no qualms with it whatsoever, but unfortunately for Pragmatic Play it's 2021, and we expect a little bit more.

If you've played a Pragmatic Play slot before then you'll know exactly what to expect, there's a see-through action bar that runs along the bottom of the game screen. On the left-hand side is a system settings button, a sound settings button and a paytable button. On the right-hand side of the game screen is a spin button with smaller stake selection buttons on either side and an autoplay button. There's really nothing more to it than this!

This highly volatile slot features RTP ranges, but has a base game RTP of 96.50%, which is actually very generous! The maximum amount players can win when playing Bounty Gold is 5,000x their stake. This comes when players fill all four game screens during the Money Respin feature.

Ultimately we found Bounty Gold to be bland and uninspiring, that said the sole bonus feature, the Money Respin bonus is the only redeemable feature that kept us playing for longer than a few mintues. We expected more from this slot and we can't pretend we're not disappointed!

Play Bounty Gold now at the following verified online slot sites. These slot sites have been thoroughly audited and reviewed by us to ensure they offer an exceptional user experience, are trustworthy, safe, secure, and boast the best variation of online slots in their portfolio including Bounty Gold:-

Enjoyed Bounty Gold? Here's a handful of similar slots we think you'll like too. These online slots have been chosen based on features and themes similar to Bounty Gold. You might also want to check out other Pragmatic Play slots.