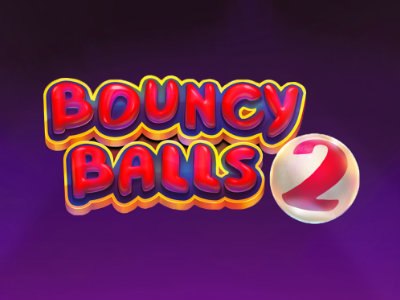 The infamous balls return but with a new home this time under Eyecon. Playing on a grid of 5x5, this WTF slot uses the Cluster Pays mechanic to match up wins and gain big clusters.

Bouncy Balls 2 brings everything brilliant from Playtech's original slot and adds its own modern flair with the Powergrid feature. You could be winning up to 11,000x your stake in this low volatility slot - so what are you waiting for?

Jump straight into the action and play Bouncy Balls 2 now at the following fully licenced UK slot sites. These slot sites have been thoroughly audited and reviewed by the team here at Slot Gods to ensure they offer an exceptional user experience, are trustworthy, safe, secure, and boast the best selection of online slots in their portfolio including Bouncy Balls 2...

Landing 3 or more scattered Bonusball symbols will trigger the Free Spins. It starts on a grid of 5x5 and continues until the Powergrid feature is triggered. When you trigger this, the grid expands to 6x6 and continue expanding until you reach 8x8. Free spins end once you have triggered one or more clusters in the 8x8 grid.

The Powerupball triggers once you have stopped all the cascades in free spins with 1 or more of these symbols landing to trigger the Powergrid feature. These stop appearing once you reach the 8x8 grid. 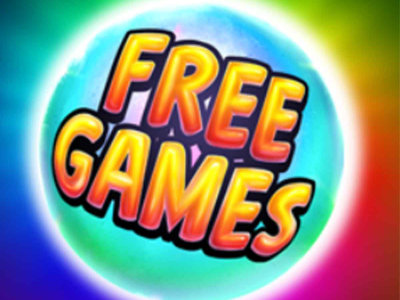 Managing to land 3 or more of the Bonusball symbols will trigger the Free Spins feature. You'll start on a grid of 5x5 and upgrade up to 8x8 when you trigger the Powergrid feature. 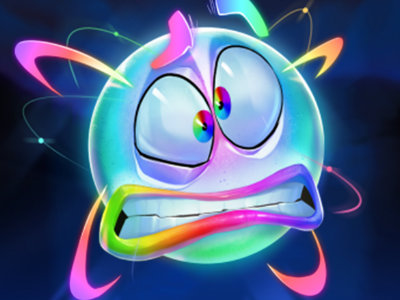 This is activated by landing 1 or more of the Powerupball symbols which happen after you have stopped all the cascades. These expand the grid from 5x5 to 8x8!

Once upon a time, Playtech released a crazy game that centred on a group of bouncing balls that cascade and form wins. Many years later, Eyecon decided it was time for them to take up the mantle and transform the Bouncy Balls series into one that's relevant for 2021 - that's exactly how Bouncy Balls 2 was born.

This WTF slot plays on a 5x5 grid and uses the Cluster Pays mechanic to match up symbols. Aside from the crazy characters, you also have Free Spins and an expanding grid that can increase them up to 8x8!

It's clear that this slot was influenced by popular mobile games such as Angry Birds or even emojis with the design of the characters. There are multiple bouncing balls on the reels and they all have individual personalities through it. It's a cool little attention to detail which definitely brings the slot to life.

In terms of the background, it's a generic field with sunshine and butterflies. The butterflies are animated and there's a cute robin to the left, but that's about it. When you trigger free spins, you'll turn the background to nighttime which turns the bird into an owl - there are many tiny details like that which are extremely appreciated.

There isn't much in terms of music in the base game, but this changes throughout free spins are the music changes to a more upbeat song. The true star of the audio has to be the sounds of the balls which can either be endearing or annoying at times - but the sound settings aren't too far away.

As mentioned, this slot features the Cluster Pays mechanic which matches up wins of 5x5. The use of the Cluster Pays system is refreshing and makes the slot engaging to play without being too difficult.

All the menus can be found at the bottom right-hand side of the screen with a drop-down menu. The spin, autospin and bet level can easily be found to the right of the reels.

The free spins are the easiest way to gain these wins as the grid expands and you basically spin until you land a win - which is amazing. As for the RTP, it's a low 95.29% which is under the average standard of 96% leading it to be slightly disappointing in terms of RTP.

We were pleasantly surprised in how fun this slot actually was and how enthralling it was to see clusters form. It's definitely a huge improvement on the original in terms of graphical enhancement and the gameplay with the expanding grid feature.

The only thing that lets it down is perhaps the lack of additional features and the low RTP - but it's definitely still worth a spin. If you love cute but annoying creatures in slots mixed with Cluster Pays, then check out Bouncy Balls 2.

Play Bouncy Balls 2 now at the following verified UK slots sites. These slot sites are fully licenced and have been thoroughly vetted and reviewed by us to ensure they offer a great user experience, are trustworthy, secure, and have a wide variety of the best online slots in their lobbies including Bouncy Balls 2:-

Enjoyed Bouncy Balls 2? Here's a handful of similar slots we think you'll like too. These online slots have been chosen based on features and themes similar to Bouncy Balls 2. You might also want to check out other Eyecon slots.